Cyress Garcia was working beside his brother Cypress Garcia when a strange man entered the restaurant.

“I was on the grill and he was on the register, and this guy came in, he looked like he was homeless, like with a hoodie on,” said Cyress. “I heard two gunshots, and I went over there and saw my brother on the floor, and then he shot at me twice.” 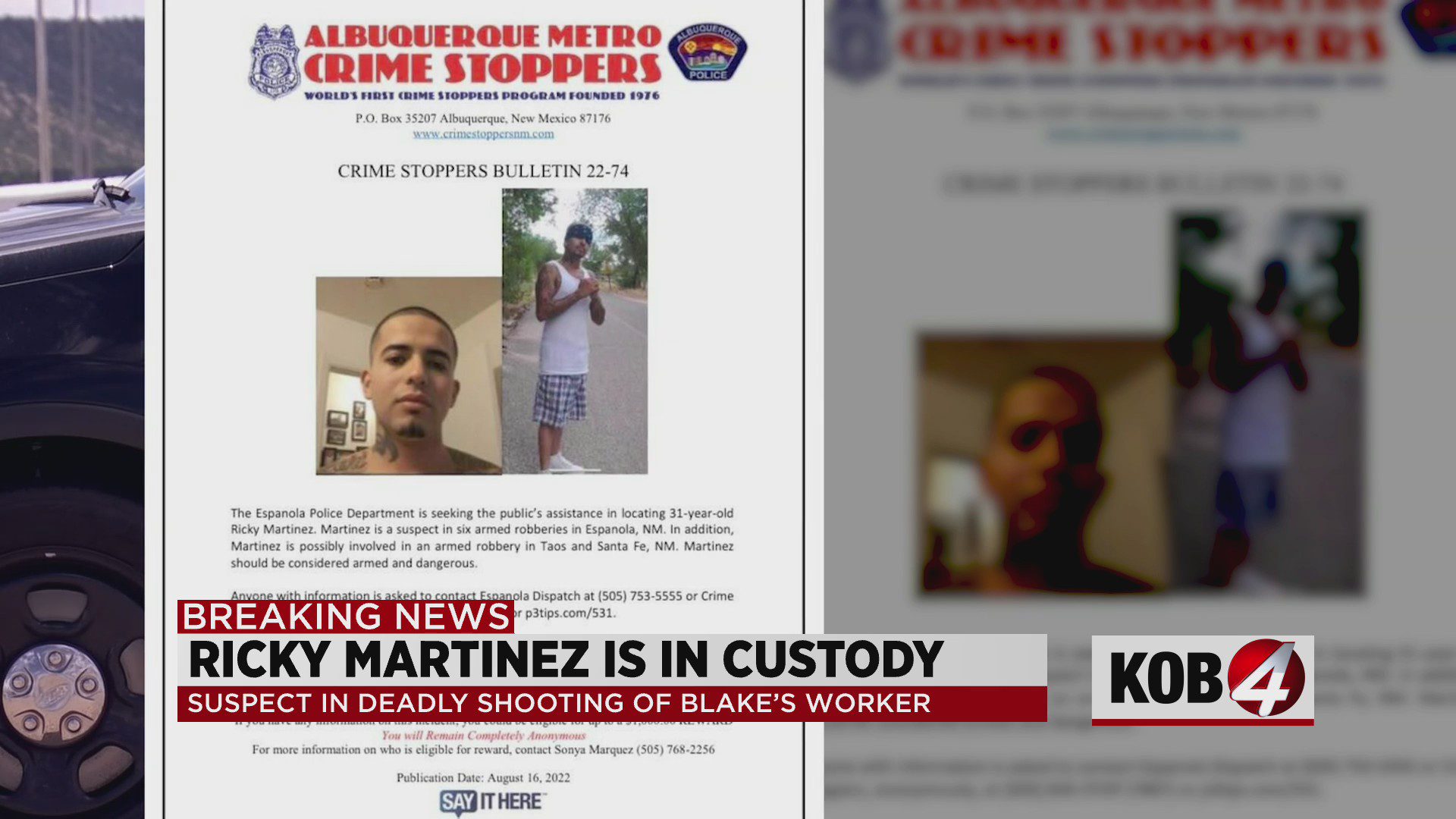 Despite his brother’s efforts to save him, Cypress was killed.

Police suspect Martinez Jr. pulled the trigger. He is also suspected in a string of robberies in the Española area.

“He’s dangerous, he’s armed, he killed one of my brothers, my life – he killed him,” said Unique Pena.

“He just shot him, I would have given him the cash to save my brother’s life for him to be here right now.  He should be here taking care of all of us, he was the biggest brother.  No, I got to do it and I’m the youngest brother, and it’s hard on me,” said Cyress.

As they wait on justice, Cypress’s family says it will take a long time to heal.

“I want my son back, if I could trade my life with his I would in a heartbeat to get my kids back what they took from him,” said Shada Garcia, victim’s mother.

A GoFundMe page has been set up for the family.

Blake’s Lotaburger issued a statement on the fatal shooting:

We are heartbroken by the loss of a Blake’s Lotaburger team member last night in a shooting at our Espanola store.  Our focus now, and moving forward, is supporting our employees and their families. We have been reaching out to our employees to offer support and assistance as well as arranging grief counseling.

We understand that authorities have identified the suspect and we are fully cooperating as the investigation continues.

Words cannot express how we feel in losing one of our own.