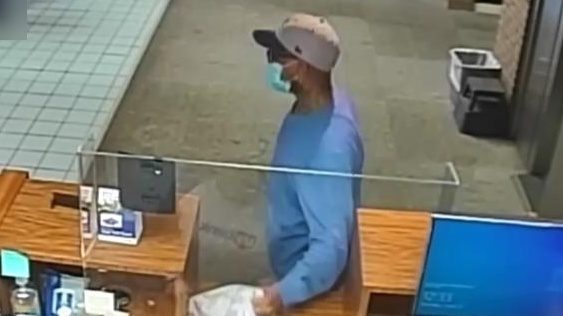 CLOVIS, N.M.– Clovis police and the FBI are asking for people with information about the possible location and identity of a man who carried out a bank robbery Monday.

In a press release, police stated they responded at 12:35 p.m. to a robbery at the U.S. Bank at 2501 North Prince Street. No one was injured.

The man allegedly came into the bank with a plastic bag and demanded money from the tellers. He then fled with an undisclosed amount of money in a black SUV before police arrived.

Police say the suspect matches the description of a man allegedly involved in the June 17 robbery of another bank in town.

Anyone with information is asked to call the Clovis Police.