ALBUQUERQUE, N.M. — A judge ordered a UNM student’s release pending a trial to address his alleged role in a revenge plot and subsequent deadly campus altercation.

The prosecution argued Smith’s role in the alleged plot and arguably premeditated actions after the shooting warranted him to be detained. Their argument focused on the plot and Smith allegedly abandoning his phone and clothes, then retrieving his phone and new clothes before returning to the scene where first responders were.

The defense rebutted Smith was willing to cooperate with police when he returned to the scene, while also arguing he returned out of shock at his best friend since ninth grade – Travis – being shot. Smith’s attorney argued his actions didn’t make him a danger to the community and that he should be released to his mother’s custody in Texas.

Smith’s own mother appeared before the judge Wednesday, asking him to release her son into her custody, while his criminal proceedings move forward. 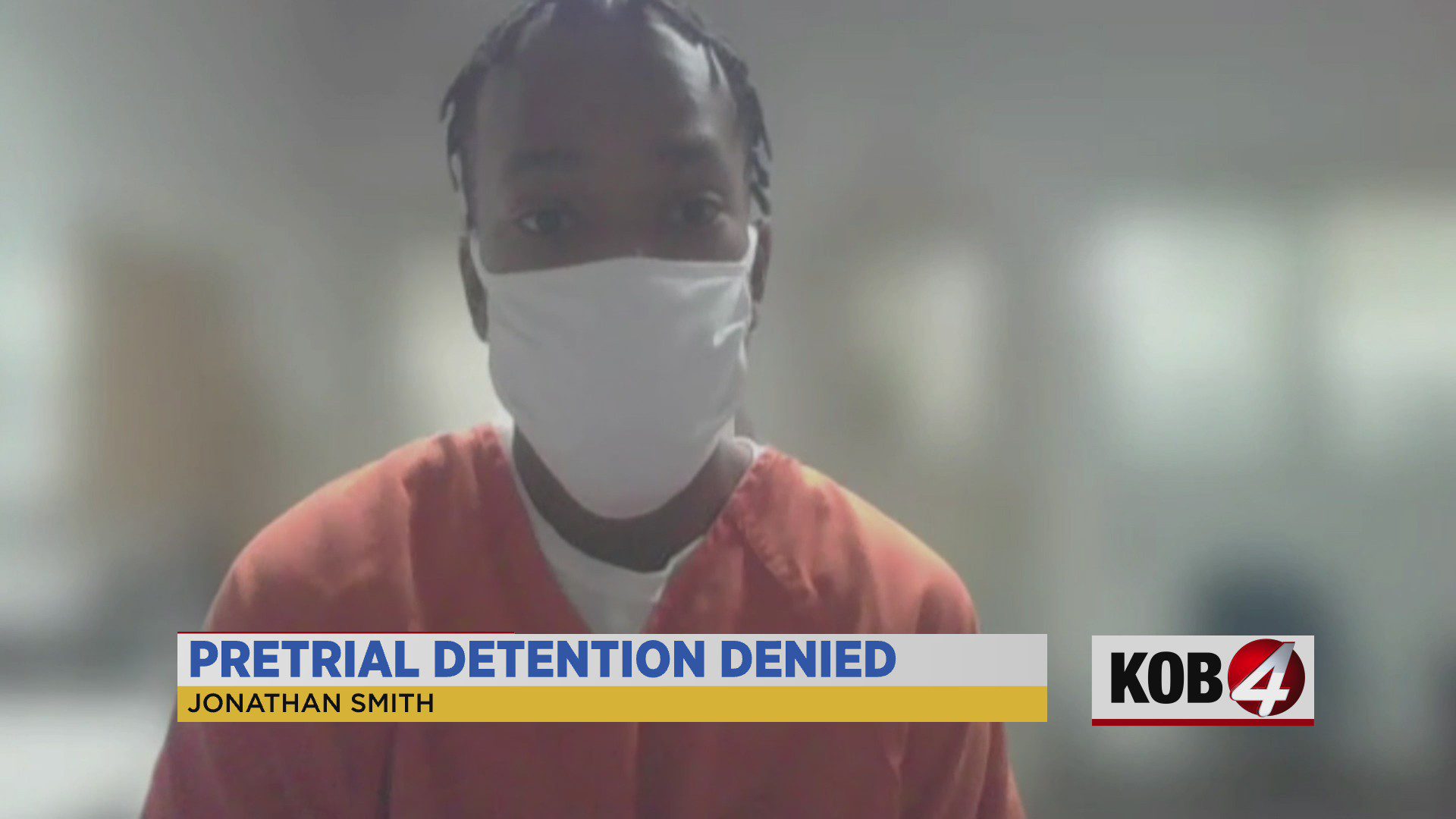 “If I can speak candidly, sir, of course this is very hard for me, and not just me but for my family as well,” said Shannon Smith, Jonathan Smith’s mother.

Shannon came to her son’s defense.

“My son is a great kid, he’s a good that used – that exercised poor judgment on that night,” said Shannon.

Judge Whitaker granted those conditions of release, stating the prosecution didn’t provide sufficient evidence for him to not release Jonathan Smith. He also cited Smith’s lack of criminal history but expressed concern about the seriousness of the allegations against the 19-year-old.

“I don’t think the state has proved clear and convincing evidence that there are no conditions of release that could be set,” the judge said. “That being said, I am extremely concerned about this behavior and what this does to a sense of safety in Albuquerque and UNM, given this happened on campus where other students are attending and residing.”

An affidavit shows Smith and two other men confronted Mike Peake near Coronado Complex on the UNM campus. Smith allegedly hit Peake in the leg with a baseball bat while Brandon Travis allegedly pointed a gun in Peake’s face.

The document shows Peake tried running away after Smith hit him, which is when Travis opened fire on him and Peake returned fire, killing Travis.

Smith is accused of aggravated battery, conspiracy and two counts of tampering with evidence. A trial date has not been set.