ALBUQUERQUE, N.M. – A suspected drunk driver is in jail after police say he hit and killed a pedestrian along Central early Sunday morning.  The suspect is also accused of trying to cover it up.

Crews spent Sunday morning cleaning up the damage along Central and Rio Grande after a deadly crash involving a suspected drunk driver.

22-year-old Jonathan Jessi Sandoval is facing charges including homicide by vehicle and tampering with evidence.

According to court documents, video from the city’s Real Time Crime Center captured Sandoval’s “black Dodge car driving on top of the sidewalk on the north side of Central and struck a pedestrian at the bus stop.”

The pedestrian died at the scene. 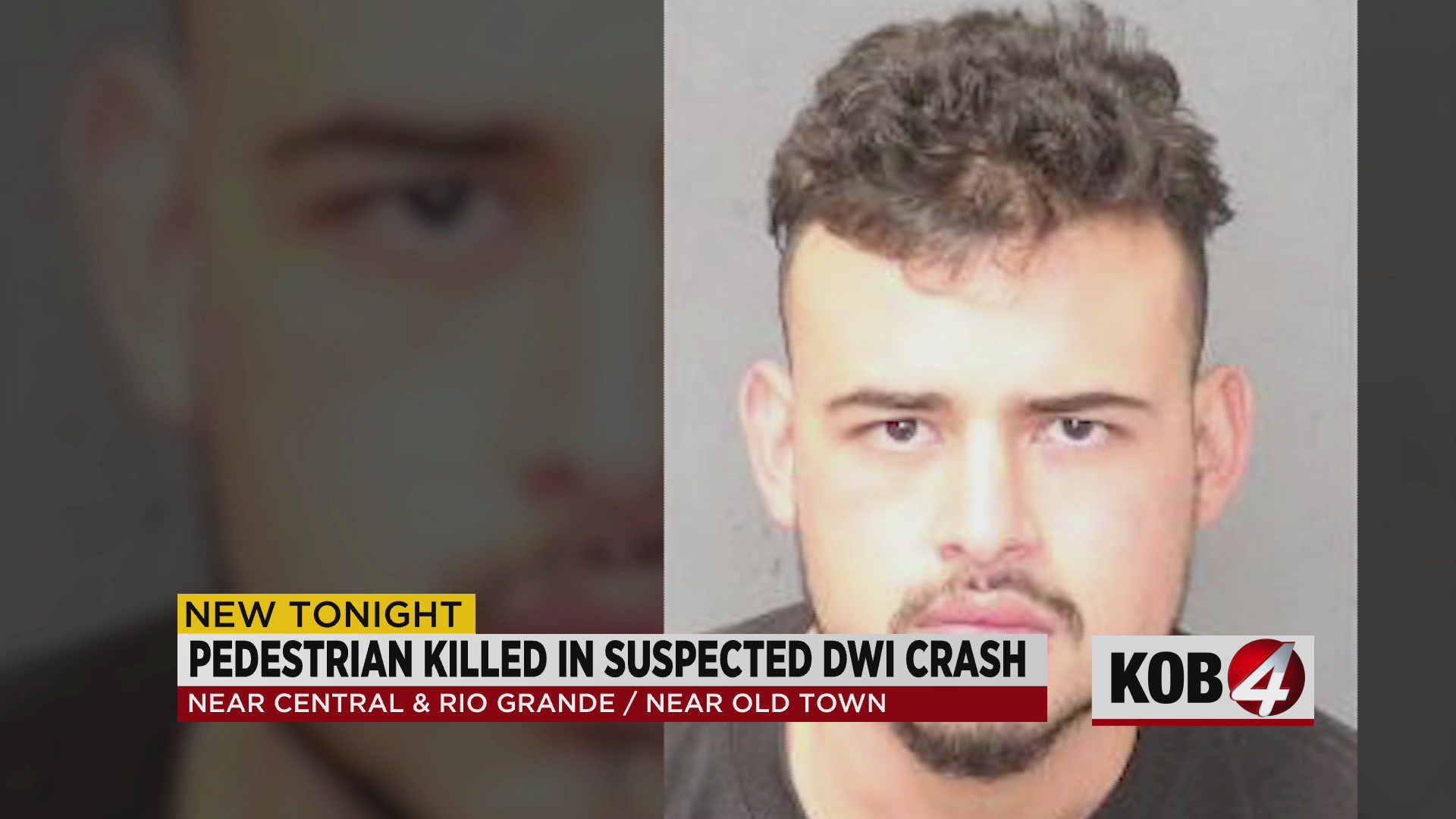 According to court documents, Sandoval removed the license plate from the car and left the scene, before returning later with his parents.

The investigators wrote, “Jonathan had bloodshot watery eyes and I could smell that he had an odor of alcohol.”