Taos mother arrested for DWI with 3 children in car

TAOS, N.M. – A Taos mother is facing charges after being accused of driving drunk with her three children inside the car.

Video shows the moment a New Mexico State Police officer spots an SUV speed past him in Taos two weeks ago.

The officer tried to pull the driver over, but they don’t stop. Instead, the driver keeps going, driving down dirt roads before getting away.

About five minutes later, the officer spots the same SUV and follows it down the street. 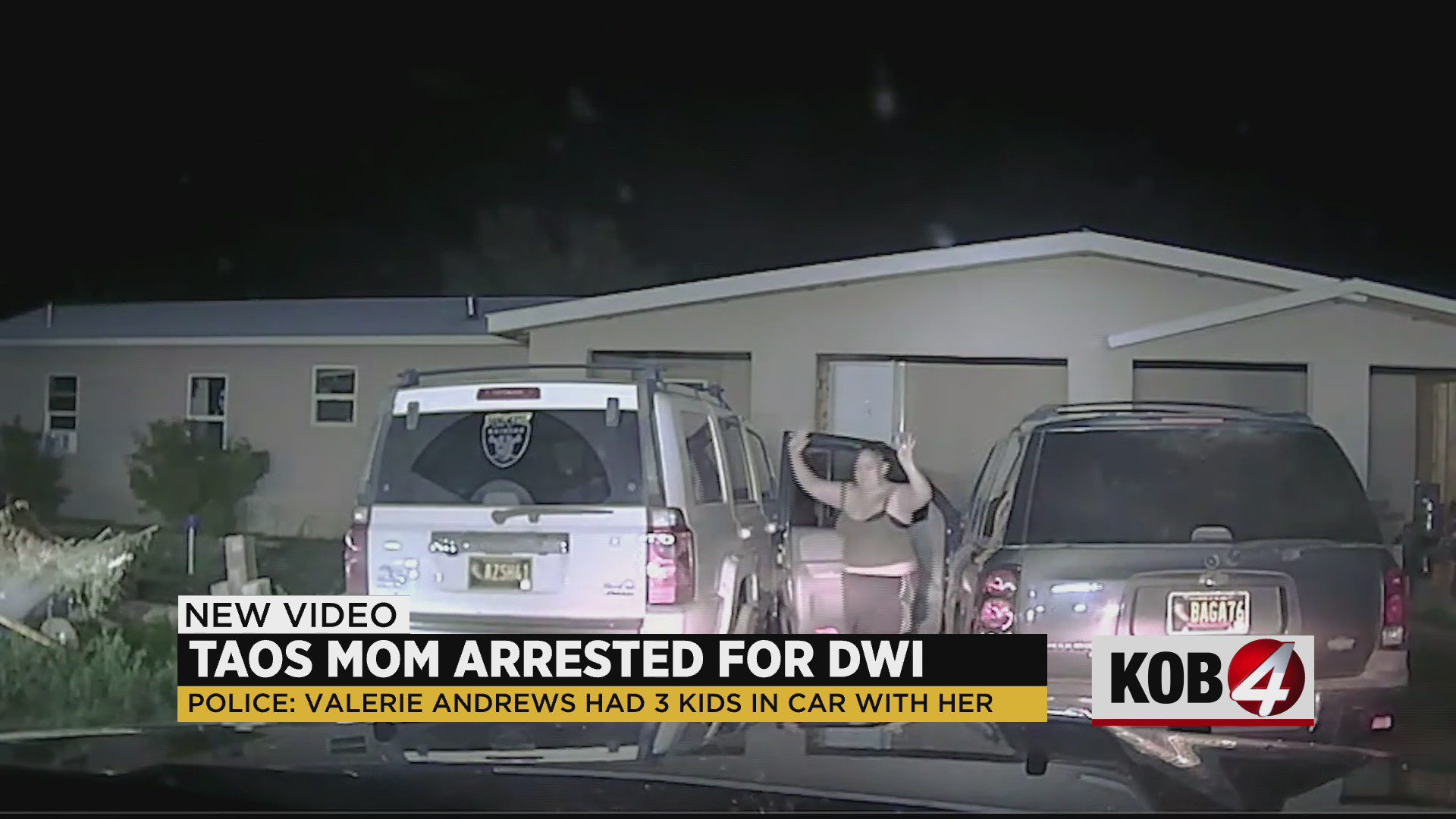 The driver was 28-year-old Valerie Andrews, who got out of the SUV with her hands up and was placed in handcuffs.

Officers then realize there are three young children in the car. The officers carry all three to safety one by one, then they start questioning Andrews.

Andrews: “Run from you?”

Andrews: “I live around the corner. Nobody’s running from nobody.”

Police say Andrews starts to resist as they put her in the back of a patrol unit, kicking, screaming and pushing herself away.

Andrews: “I’m home I wasn’t running from nobody.”

And once inside the patrol unit, Andrews lays down across the backseat.

Andrew was booked on charges of child abuse, aggravated DWI and fleeing a law enforcement officer.