ALBUQUERQUE, N.M. – Every year it’s a struggle to get teachers and staff into classrooms, but it’s not just an Albuquerque problem.

North Texas is calling, hoping New Mexico drivers will answer. A new billboard on I-25 near Comanche is simple and to the point – they’re looking for teachers, and they’ll pay.

But districts statewide are struggling to get enough teachers and staff in schools to teach New Mexico children. Albuquerque Public Schools has felt the strain. Right now, the district has more than 700 jobs posted.

“We had a horrible year last year because of the staffing shortages. But we are not alone. Every single state in the nation is experiencing horrible shortages, and that’s why a district like Dallas is advertising in a city like Albuquerque,” said Bernstein. 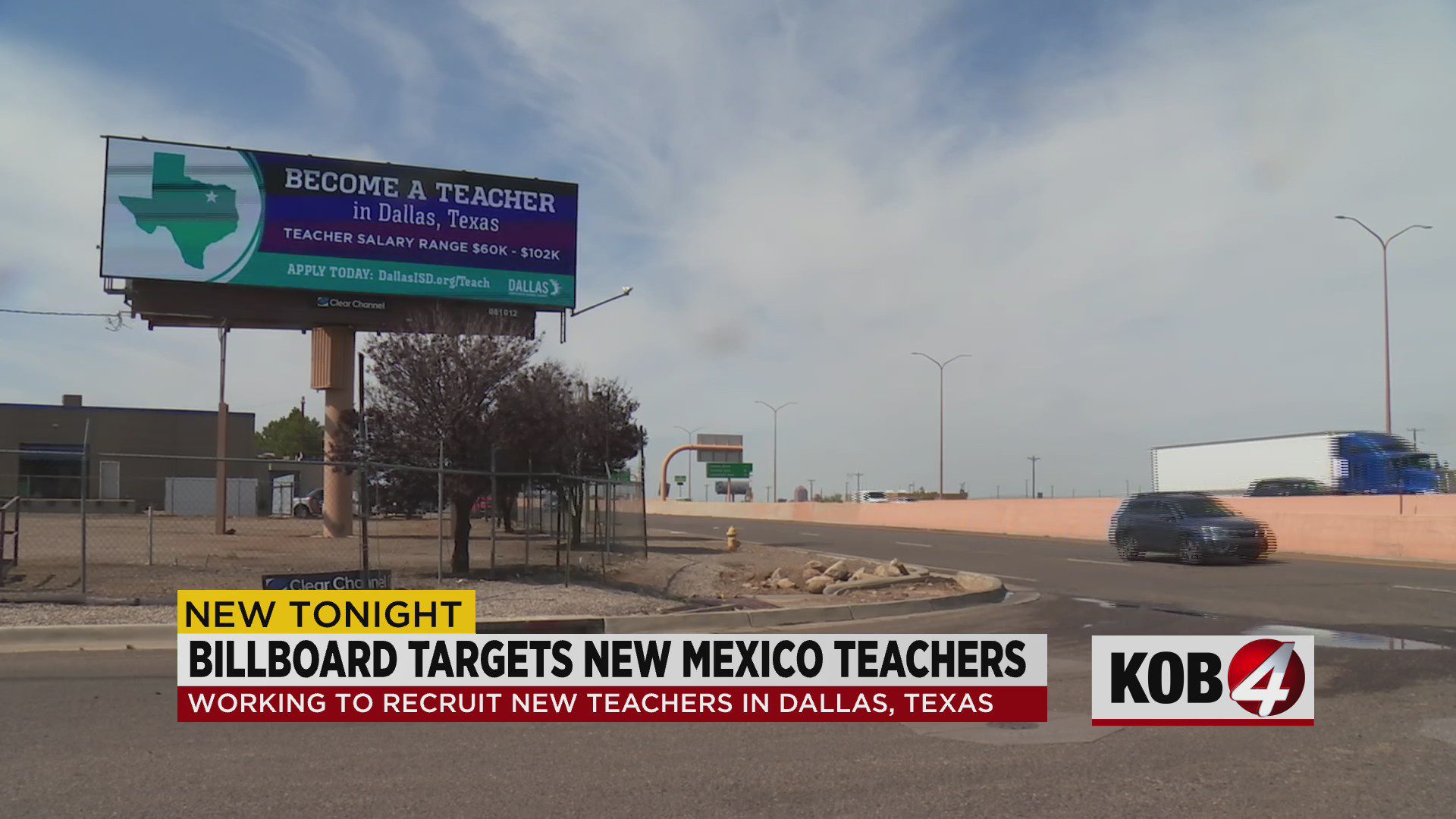 “You’ve got to put the financial incentive into the context with the cost of living in Dallas. If a teacher here is really looking to move there, they have to look at the whole picture and that is, can I afford to live in Dallas with the kind of salary that they are offering, because a signing bonus doesn’t last through an entire career,” Bernstein explained.

Bernstein said APS has mentoring programs to help young teachers, ongoing support to make sure they succeed, and a culture with working conditions they’ve helped to strengthen. In her mind, there’s no competition.

“I believe if Dallas really treated their teachers with respect, they wouldn’t have to come here and pilfer our teachers,” she said.

KOB 4 reached out to APS to see if they are marketing in other places.

A spokesperson sids they don’t actually have a marketing budget – those dollars go straight to the classroom. But they are working on getting more staff members through their website and social media.

There are also some recruitment efforts in the works, starting this week at the New Mexico United game.