ALBUQUERQUE, N.M. – Property crime can happen to anyone, but one first responder certainly didn’t think someone would want to take a bunch of his equipment — it takes training to use, and it’s hard to sell. But now, he’s out $200,000 worth of gear taken over two different break-ins.

“I am a paramedic, and then I am the education coordinator for Bernalillo County Fire, I’m also a part-time instructor at CNM for the EMS program, and I own a private company that teaches the civilians how to do CPR,” said Baltz.

Aside from his work as a paramedic, he also serves as a public educator.

“I teach about– it’s a little over a thousand public safety people,” said Baltz. 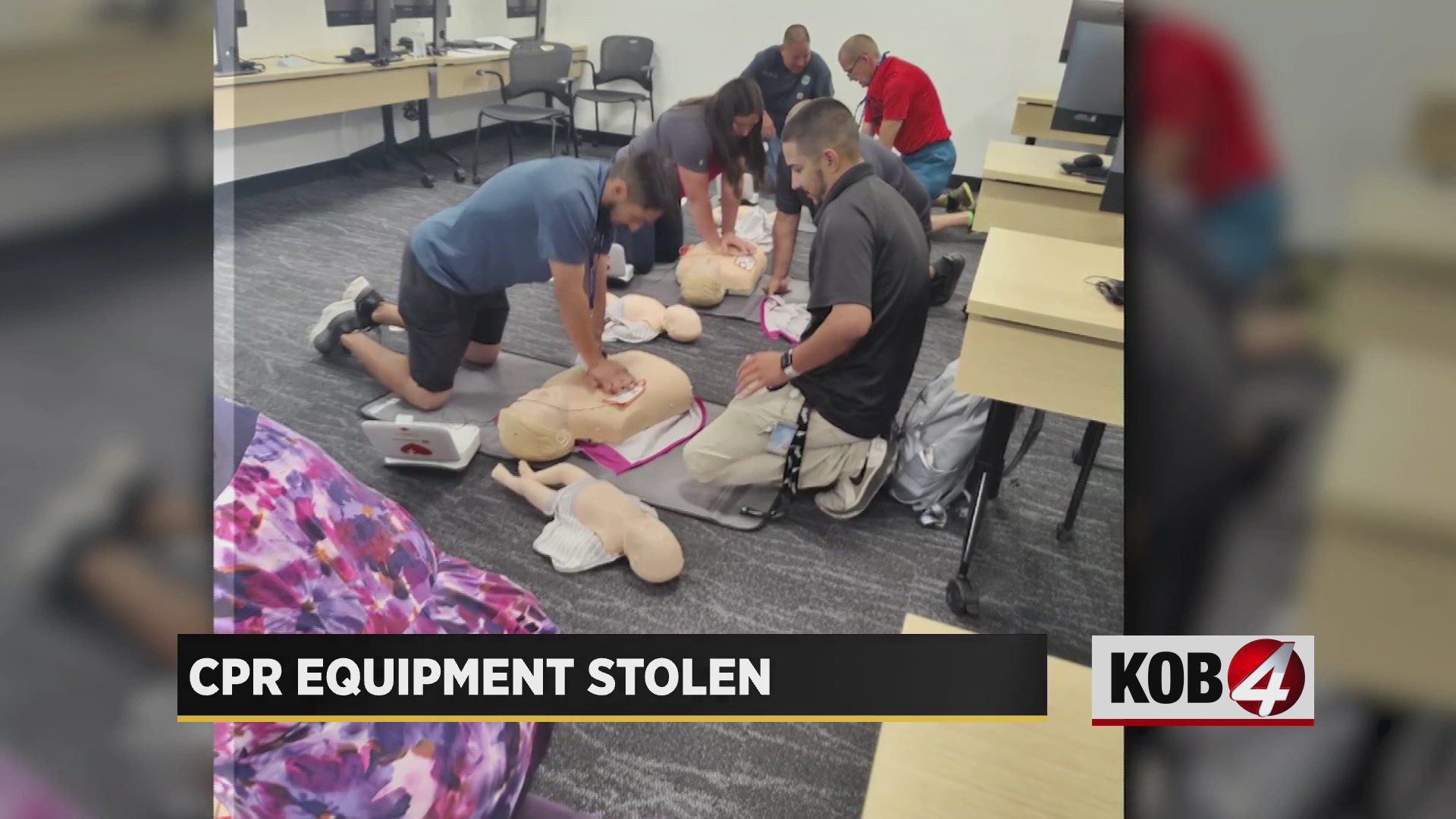 Baltz spent two years building his own CPR safety equipment, spending over $200,000 of his own money and stored it inside a shed at his house in the northwest part of town.

Last weekend, he got a shocking phone call.

“My neighbor called and let me know somebody was loading up their car full of all my stuff,” said Baltz.

A week later the thieves struck again, taking thousands worth of training equipment.

“I came back home from being on duty and noted that there was a 16-foot trailer that had several thousand pounds of training equipment and gear– sellable gear was just gone,” Baltz said.

Baltz is now taking action to keep his things safe and secure.

“Instead of being at work today, I’m installing a dozen security cameras on the house myself,” said Baltz.

He’s thankful to have some good neighbors.

“Unfortunately, public safety’s not able to provide the security that we all want, and at the end of the day get to know your neighbors, because the only reason I knew anything had happen was because I had very heroic neighbors that were willing to call me when bad things would happen,” he said.

Baltz says he’s reached out to APD and Bernalillo County deputies about the thefts.