Theater representatives say thieves destroyed their air conditioning unit in mid-September. They first noticed it was damaged during the state fair, but they say the thieves reportedly returned a week later to steal even more parts.

“It’s unfortunate, but it is a fact of where we live and certain areas are going to be more targeted,” said board member Alissa Hall.

Hall believes the thieves were stealing copper wire from the A/C unit, but that has not been confirmed.

At least half a dozen box fans were plugged in for Wednesday’s rehearsal of “Carrie: The Musical.” Despite summer temperatures coming down, Hall says the theater still gets extremely stuffy during regular rehearsals. 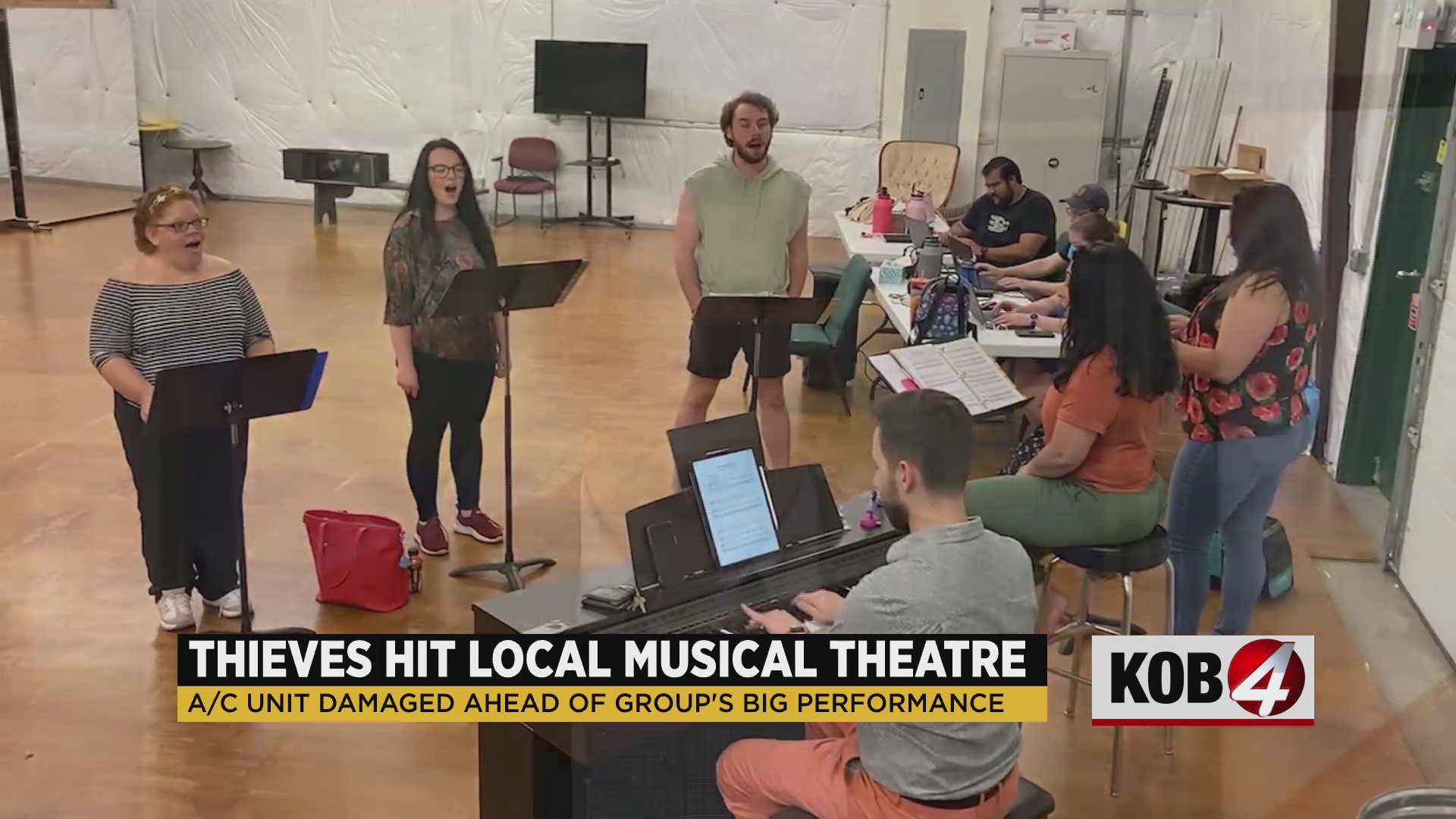 “It’s so important that we try to stay right on top of this,” Hall said. “If you can’t keep your audience comfortable, they’re not going to come back. They’re going to remember those small things that to them weren’t so small.”

The goal is to raise $10,000. Hall says some of that money will also be used to purchase security cameras and improve lighting outside the theater.

“We have late evenings, we often get out late from rehearsals, and we take measures as far as walking each other to our cars,” Hall said.

She says the theater is also planning to reach out to their city councilor about potential security upgrades.

This is not the first setback for the long-running community theater. In 2010, a fire completely destroyed the theater’s warehouse.

“We lost all of our of archives at that point, the entire history of our organization literally went up in flames,” Hall said.

Then in 2020, the theater was forced to close for several months during the pandemic. Hall says the new donation campaign is also geared at helping them recover from that financial setback as well.

“COVID taught us that a lot of times the show can’t go on, and we have to adjust those expectations of our business,” Hall said.

She says the theater narrowly survived both of those setbacks, and she’s confident the theater will live on after this incident.

“It’s because we love this place, and we love the experiences, we can create ‘that happened live,’ a nd we have to be able to maintain that the best we can, despite the challenges,” said Hall.

After all, the show must go on.