ALBUQUERQUE, N.M. — Police were busy overnight as they responded to three different homicide scenes. APD has confirmed there have been 95 homicides this year.

Around 11:45 p.m. Wednesday, Albuquerque police officers responded to reports of a shooting at the Four Hills Mobile Home Park, near Juan Tabo and Central. Upon arrival, they found a man shot to death.

Around 1:15 a.m. Thursday, Albuquerque Fire Rescue was called to help a man found on the roadway.

“They thought he was having a heart attack so they tried to treat him, but he succumbed to his wounds,” said Gilbert Gallegos, APD communications director. “Once they took his shirt off, they discovered a gunshot wound.”

The third call was just before 2 a.m. Thursday, at the Mission Hill Apartments near Menaul and Eubank. APD said a man, later identified as 65-year-old William Lee Vencill, was found shot to death inside a car. 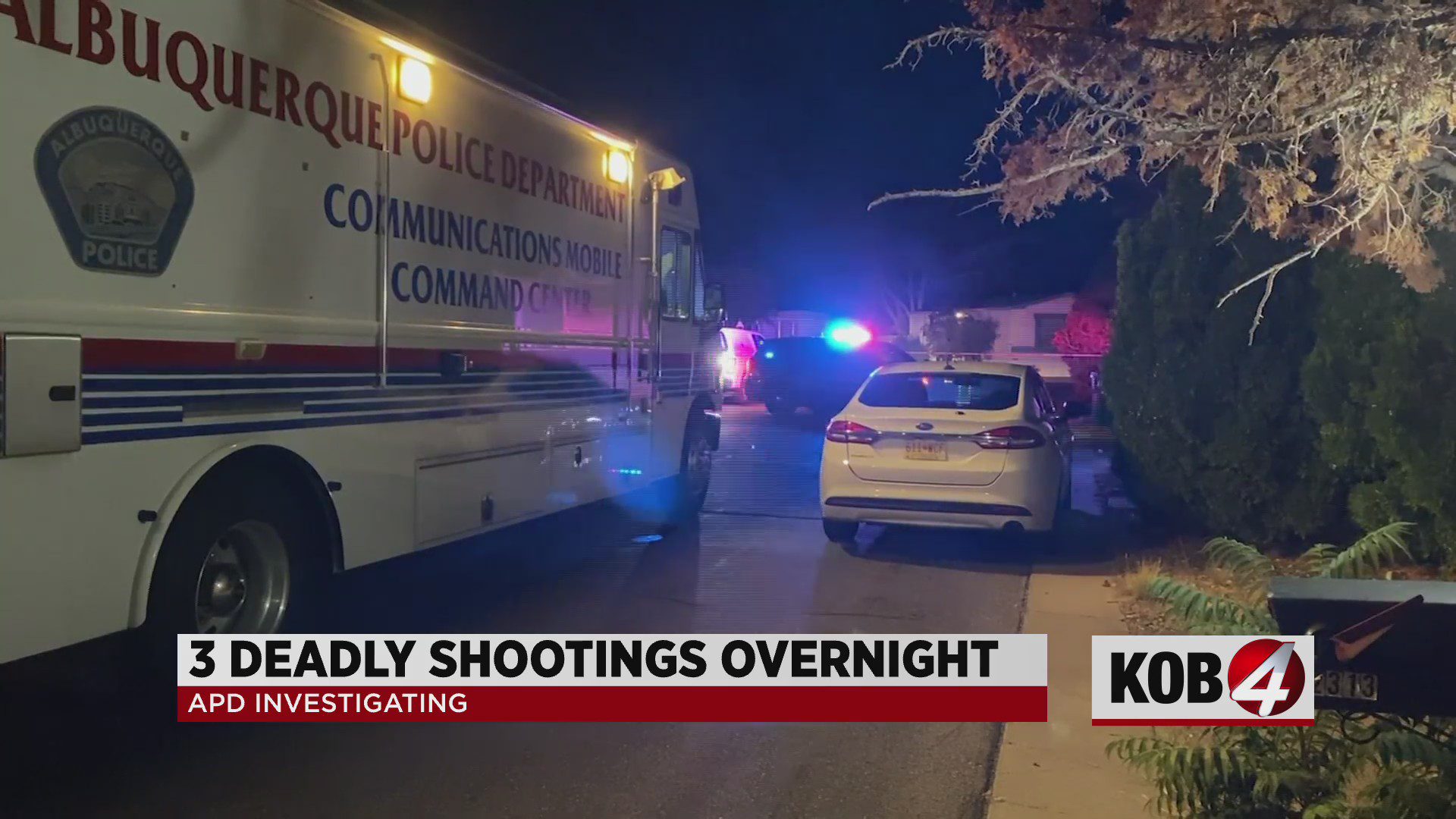 “It does not appear any of these are related, at least not to the first one,” Gallegos said.