ALBUQUERQUE, N.M. – The idea of Safe Outdoor Spaces for Albuquerque’s homeless seems to be catching on. There are now three active applications, according to the city’s website.

The first one is on Menaul Boulevard, near the Big-I. A new organization, called Dawn Legacy Pointe, will operate that space with the initial help of Street Safe New Mexico, an organization already focusing on helping homeless and sex trafficking victims.

“It’s very exciting, I’m so happy to see something happening,” said Kylea Good, a current board member of the organization. “What I think people aren’t understanding is that by having this, we’re actually supporting families.”

The idea is to have 40 tents, surrounded by opaque fencing. The property would have lockers, handwashing stations, restrooms and showers, and a guard center to provide 24/7 security.

“There just needs to be someplace for people to go, especially when they reach the point that they are going through sex trafficking or exploitation,” said Good. 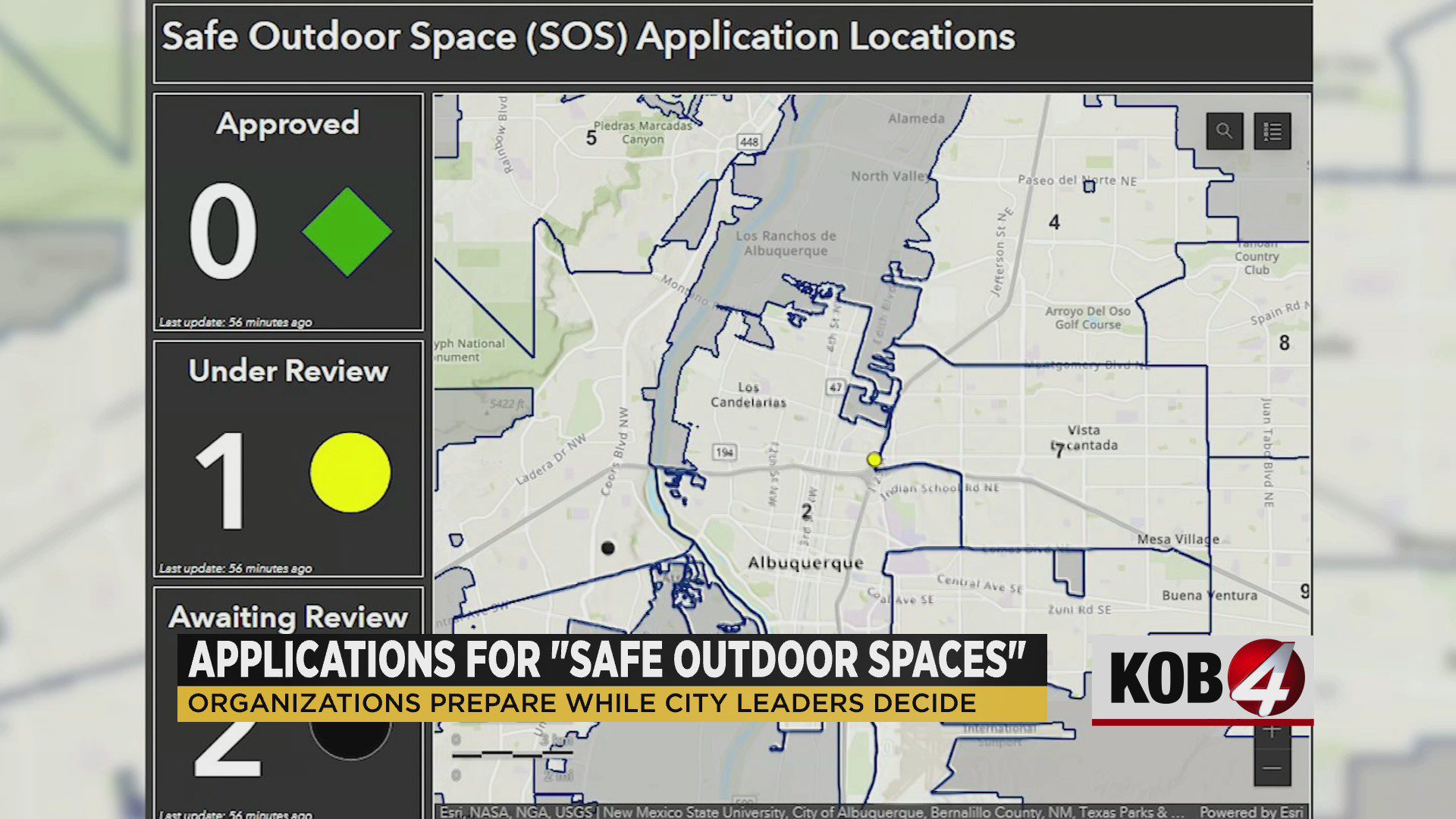 The other two applications came from Dennis Hubbard, the pastor of Bethlehem Baptist Church. He has locations in northwest and southeast Albuquerque.

“We know there’s a homeless problem,” said Hubbard. “We see it every day driving back and forth, downtown, to east side to west side, we see it all the time. So let’s have a conversation about how can we fix it.”

His vision doesn’t include any tents. His plan is to open his spaces to vehicles only, to focus on the working homeless population.

“We’re not going to fix the whole problem,” said Hubbard. “That’s not going to happen. But we can help some who want to be helped. I can’t be a church unless I’m part of the community.”

City councilors are set to discuss councilor Brook Bassan’s proposal next week to put a moratorium on all Safe Outdoor Space applications for up to one year.

“We’ll let the politicians hash it out, which way they’re going to go, and then once they get through all the fighting then they’ll let us know, and we can say ‘we can do this, we can do this, we can move forward on that,’” said Hubbard. “We’re here to help each other out. Because at the end of the day, if I see you struggling across the street, shouldn’t I stop and help? Ain’t that the neighborly thing to do? I think so.”