TIJERAS, N.M. — A woman from Tijeras says her horse ran off from a trail in the East Mountains last week.

But after many sleepless nights, miles of hiking, and a ton of community support, KOB 4 was there as that horse found its way back home.

Day five of the search for the 6-year-old mare, a Paso Fino named Adi, started like all the others.

Ashley set up camp not far from where it all happened along the Mahogany Trail. Last Thursday, she was riding with her son when they ran into a bicyclist and a bunch of dogs. 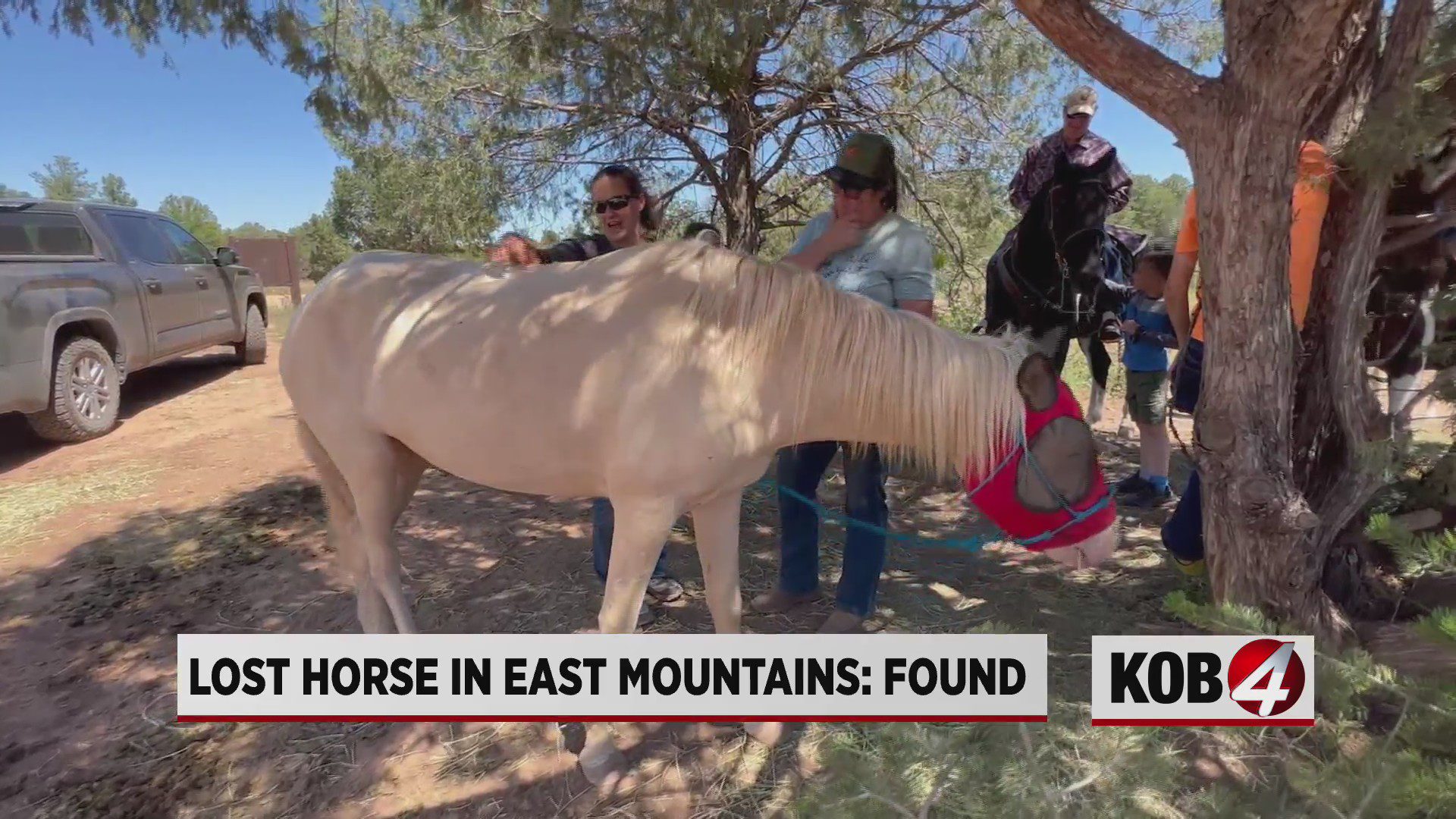 “The dogs went after my horse, she started spinning, I fell off of her, and she took off into the woods,” said Ashley.

Five days in, the miles and miles of forest surrounding the trail seemed like no match for search parties. Until someone found Adi – just in time.

“Here we are, Labor Day and our labor paid off,” said Leigh Manning.

Ashley, her family and friends started the urgent hike to the very area Adi ran off, ripping the missing horse posters off trail markers along the way.

“With this large of an area what were our odds of finding her, but oh my gosh, our prayers were answered,” said Sue Donati.

Adi was a little thin, a little tired but she was walking her way out of the forest.

And the people who found her? Well, they just wanted to help.

“Eventually she gave us a little whinny. I told my friend Ron, ‘I thought I heard a horse’ and about two seconds later he goes, ‘yup, there she is,’” said Leigh Manning.

Watch the video above for the heartwarming reunion.