ALBUQUERQUE, N.M. — The Biden administration’s push to lift a Trump-era immigration policy was shot down and now has an impact on migrants trying to come to the U.S.

Title 42 is a policy invoked by the Trump administration at the start of the pandemic as a part of public health orders to close the borders to prevent the spread of COVID-19. A federal judge blocked the Biden administration’s move to lift the policy.

“It’s putting families in precarious situations,” said Sophia Genovese, a senior attorney at the New Mexico Immigrant Law Center. “They’re forced to decide, ‘Do I cross through the desert and risk our lives or do we continue to remain in danger in shelters or in camps in Mexico?'”

According to U.S. Customs and Border Patrol, last month, nearly 100,000 migrants were expelled under Title 42.

“All across the country, there are family members of folks who are trying to access our asylum procedures and being wholly prevented from accessing our immigration courts, accessing due process and even the ability to file an asylum application,” Genovese said. 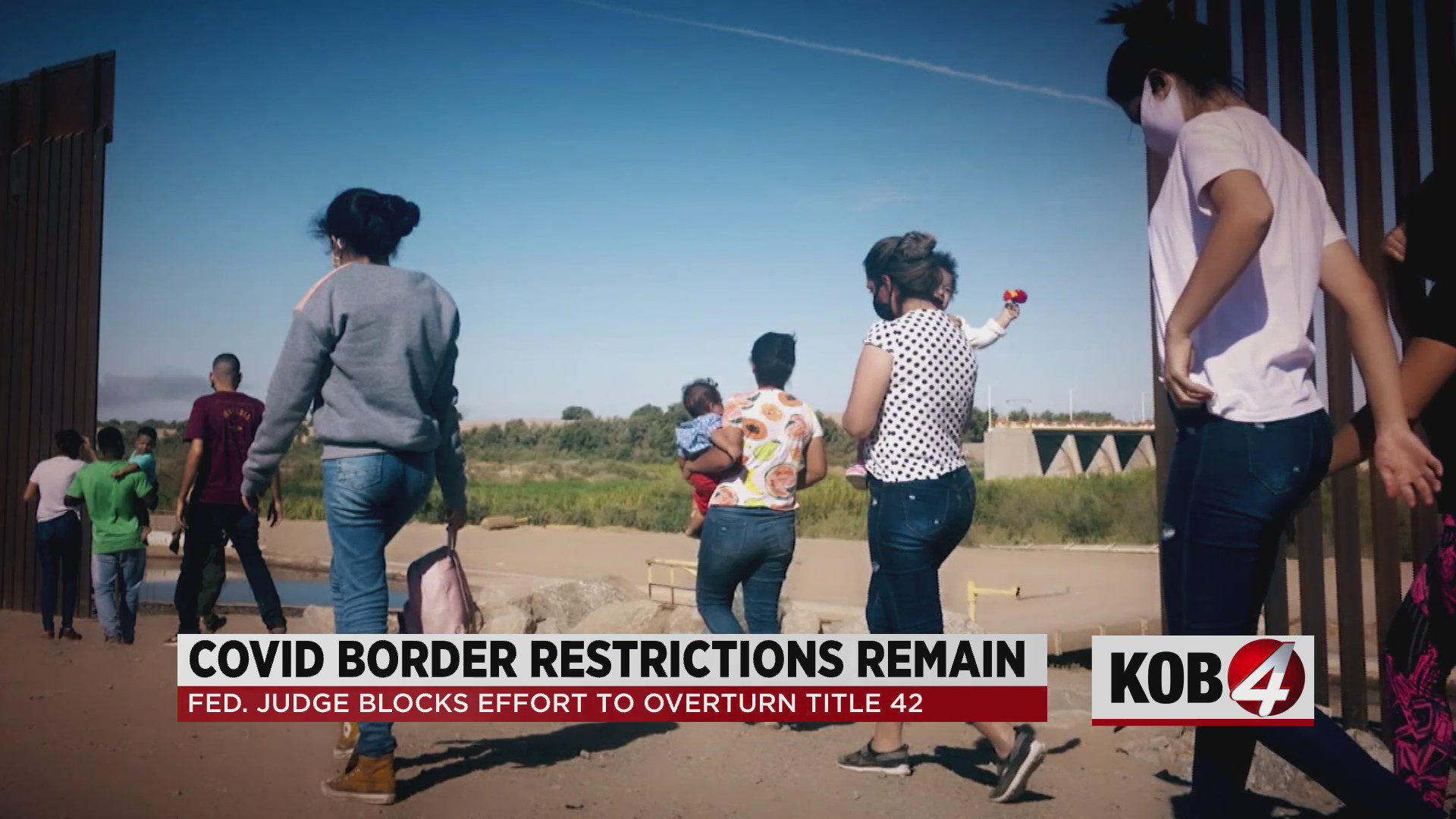 According to Genovese, what happens next will likely play out in the courts over several months. An attorney representing 21 states suing to keep the policy in place says the Biden administration didn’t follow procedures to overturn Title 42 and that doing so would put a strain on state healthcare systems.

“The federal government has the ability to vaccinate 6,000 aliens a day but up to 18,000 may cross the border per day when Title 42 is lifted,” said Scott St. John, the deputy solicitor general in the office of Louisiana’s attorney general. “The DOJ argued it’s not based on whether or not we can screen or vaccinate, the health care system can handle it.”

According to a new Politico-Harvard poll, released over the weekend, 55% of adults think the policy should remain in place.