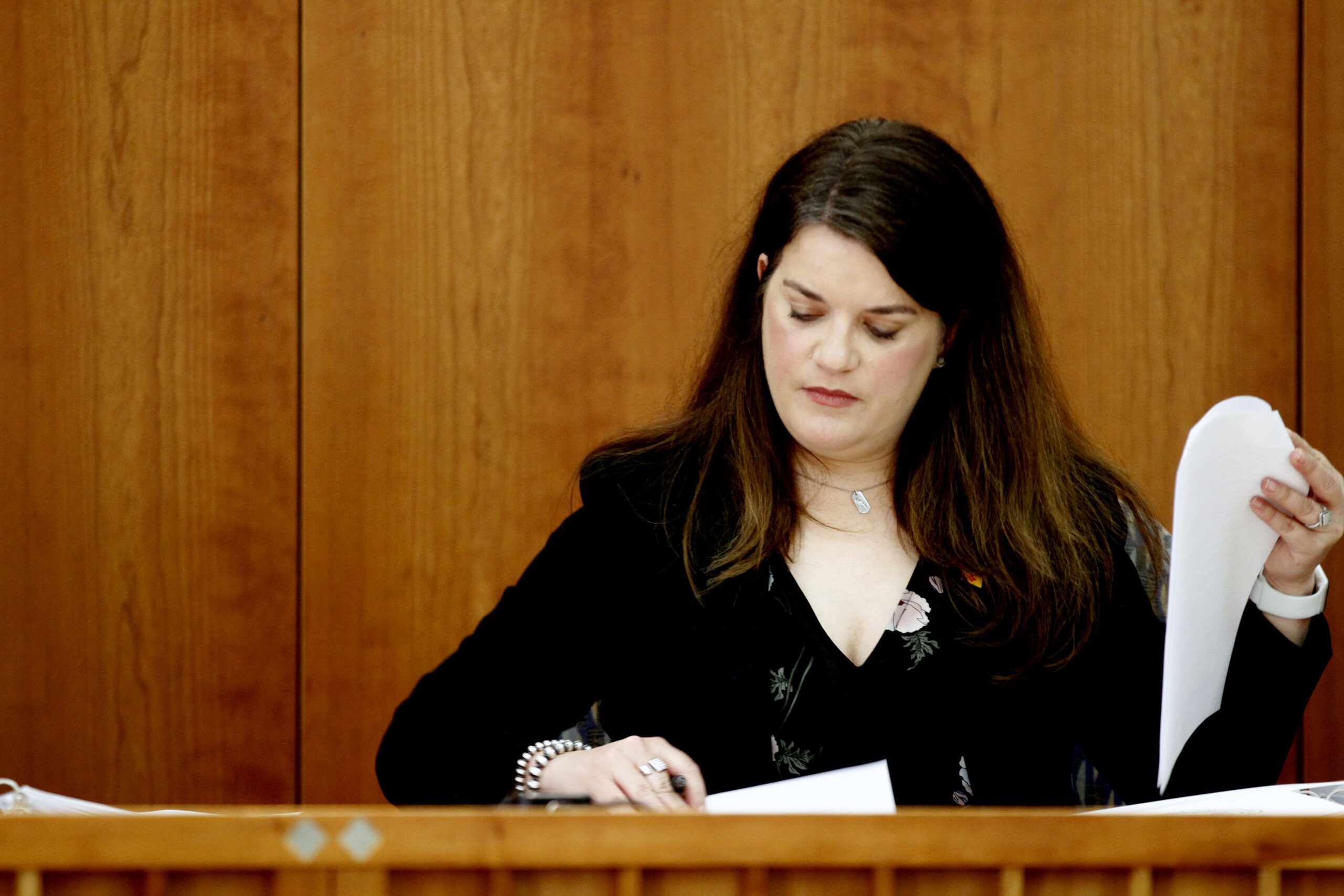 New Mexico Secretary of State Maggie Toulouse Oliver helps certify results of the state's primary election on Tuesday, June, 28, 2022, at the state Capitol in Santa Fe, N.M. The June 7 primary was nearly derailed by county officials amid voter distrust fueled by unfounded voting machine conspiracies that have spread in the U.S. Toulouse Oliver says she wants to provide better access to accurate information about the election process. (AP Photo/Morgan Lee)

SANTA FE, N.M. (AP) — New Mexico’s top elections regulator says she received threats to her safety via an email and telephone calls to her offices and that the FBI has been notified.

Secretary of State Maggie Toulouse Oliver on Tuesday told The Associated Press that there have been three instances of threats against her within the last two weeks and that federal investigators have been alerted. Two threats were made indirectly in phone calls to the office of the secretary of state.

The FBI in Albuquerque did not immediately respond to requests for comment.

Toulouse Oliver previously went into hiding in response to online threats by leaving her home for several weeks in December 2020 and January 2021. Investigators linked those threats on a website against multiple election officials to Iran.

“I went a nice, long period without anything threatening,” Toulouse Oliver said. “My election security officer has referred them over to the FBI. They’re looking into it obviously.”

Toulouse Oliver said the threatening email touched upon social media and video commentary by a conservative filmmaker in defense of his widely debunked documentary “2000 Mules” that alleges widespread voter fraud in the 2020 election.

The New Mexico secretary of state’s office has sought to dispel false assertions in the movie on the agency’s “rumor versus reality” website regarding elections and misinformation, prompting a response from filmmaker Dinesh D’Souza.

Toulouse Oliver was closely involved in a standoff with local officials in Otero County in recent weeks that nearly derailed certification of election results.

The Otero County commission initially refused to certify local results of the June 7 primary because of unspecified concerns with Dominion voting systems, a target of widespread conspiracy theories since the 2020 presidential election.

After an order by the New Mexico Supreme Court to certify, the commissioners voted 2-1 to sign off on the election and avert a broader crisis. Statewide results in the June 7 primary were certified Tuesday by the state canvassing board.