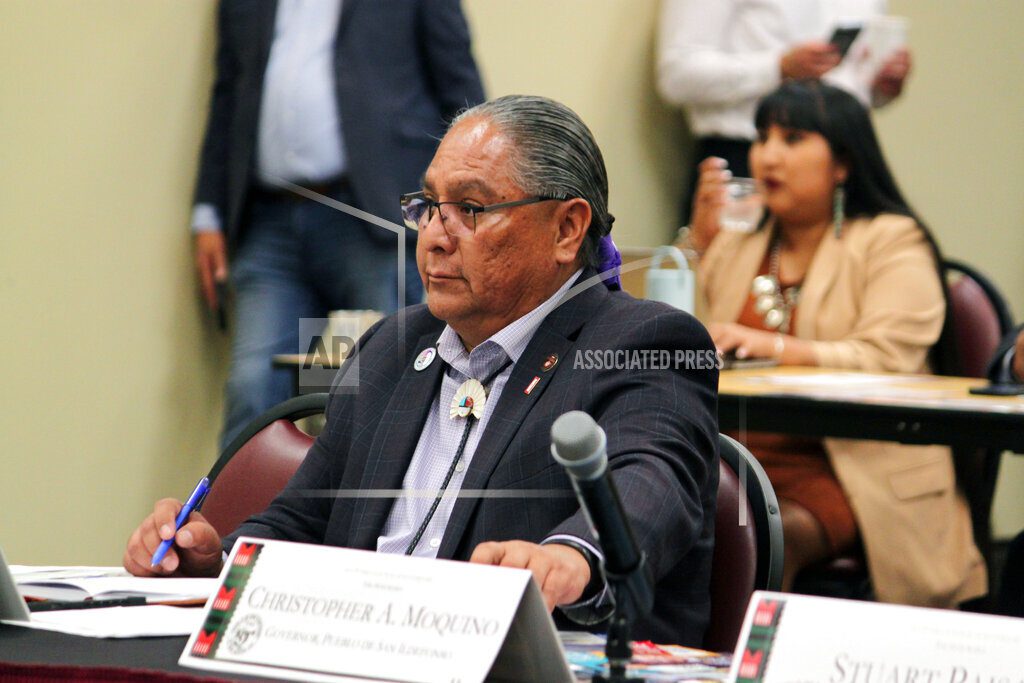 ALBUQUERQUE, N.M. (AP) — Leaders representing Native American communities around New Mexico hosted a number of political candidates Friday, peppering them with questions about how they would ensure voting access for tribal members, respect sovereignty and protect water rights as the West grapples with historic drought.

The forum in Albuquerque follows last year’s efforts by tribes to stand their ground in the fight over legislative redistricting. The goal has been to keep the Native vote from being diluted and bring more light to issues that many tribal communities have been dealing with for decades — from the lack of adequate health care and educational opportunities to jurisdictional challenges that have hampered law enforcement efforts.

Mark Mitchell, the chairman of the All Pueblo Council of Governors and the former governor of Tesuque Pueblo, told the crowd that the forum was critical given the disproportionate effect that the coronavirus pandemic had on tribes, 2020 census data and the redrawing of the state’s political boundaries.

“We are at the cusp of knowing how our advocacy will shape the governance of our state,” he said, urging Native Americans to exercise their right to vote as early voting gets underway throughout New Mexico.

Some tribal leaders said Friday there still is a long way to go when it comes to Native Americans making up a more significant percentage of the state’s top office holders. Boosting that number would help to shift the priorities of policymakers, they said.

Questions for the candidates ranged from how they would address the ongoing crisis of missing and slain Native Americans to the systemic education shortfalls that are at the heart of a legal battle that state education officials have yet to remedy.

Congressional incumbents and nearly all of their challengers were on hand, while Republican gubernatorial candidate Mark Ronchetti made an appearance before the forum. Democratic Gov. Michelle Lujan Grisham was invited, but she was traveling in southern New Mexico on Friday.

Democrats touted the recent approval of billions of dollars in federal spending aimed at broadband, water and infrastructure projects, some of which will benefit tribes. Republicans talked about rising prices for food and other commodities and the link to spending at tribal-run casinos and hospitality venues, saying inflation needs to be addressed.

Joseph Ray, a disability advocate from Laguna Pueblo, was hopeful the forum would help raise interest in the upcoming general election among Native Americans. His priorities include health care funding, noting that Congress over the years has included language aimed at providing services for people like himself, but those measures have resulted in unfunded mandates and the status quo.

Ray said it’s possible some voters will cross the aisle during the midterm elections.

“Tribal communities have been made promises by candidates for so long,” he said.

Casey Duma, a past member of the All Pueblo Council of Governors, said it wasn’t long ago that the voices of Native people were ignored and policies were created on behalf of Native Americans but without their input.

Relationships with other governments have been changing as tribal communities organize and voting rights are exercised, he said.