Tumbleweed Snowman moves into iconic holiday spot along I-40

ALBUQUERQUE, N.M. — The holiday season is here, as evidenced by the appearance of the Tumbleweed Snowman, who assumed his iconic position on Tuesday.

Albuquerque arroyo and flood control crews kept up the Tumbleweed Tuesday tradition of moving the local icon to his spot the Tuesday after Thanksgiving.

“Our crew really loves putting it together they do a fabulous job,” said Nolan Bennet, director of operations of Albuquerque Metropolitan Arroyo Flood Control Authority.

The tradition began back in 1995. Since then, his appearance near the westbound I-40/University exit has signaled the start of the holiday season.

The snowman has grown over the years and now is around 12-14 feet tall and around 8 feet wide. He is made of three tumbleweeds and recycled materials for decorations. 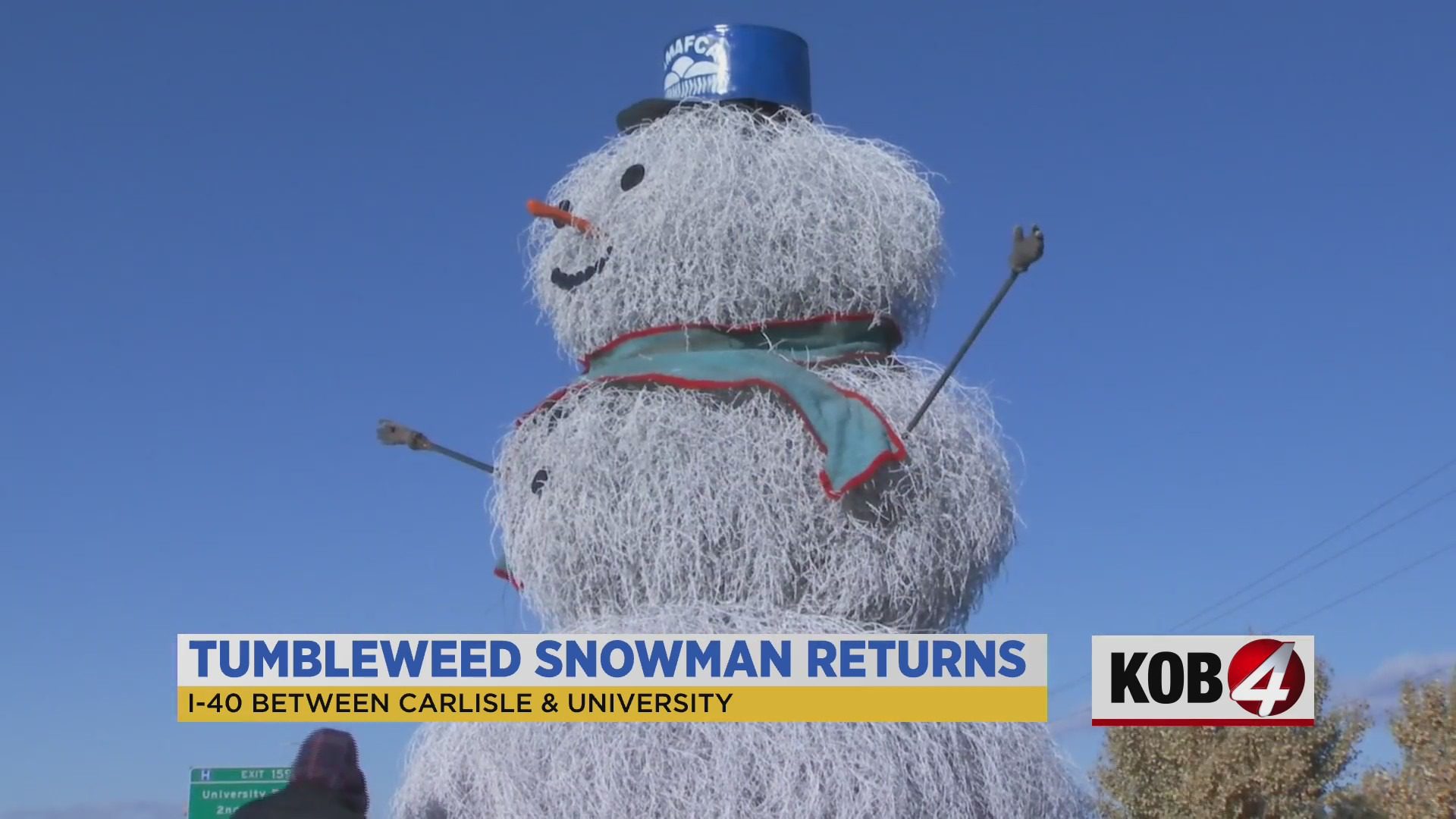 “People think it’s a lot of tumbleweeds tied together, but it’s really only three tumbleweeds, and this year we collected them from down south in Valencia count,” said Bennett.

Scrap metal forms the snowman’s eyes, mouth and buttons, a broken ax handle forms his nose, old work gloves form his hands and a 55-gallon drum is his hat.

The snowman’s scarf is also knitted by a family member of one of the maintenance crew members.