ESPAÑOLA, N.M. – Two bear cubs are now in the care of the Cottonwood Veterinary Clinic in Española after the mama bear was hit by a car on I-25 near Glorieta Pass.

Her little cubs were found stranded in a tree, and wildlife experts say the drought is causing bears to wander into unusual areas.

“We really want to let the public know that bears are on the move and they are wandering all across the state. And they should be aware if you are out and about recreating or if you’re living in areas where bears might move through,” said Tristanna Bickford with the New Mexico Department of Game and Fish.

It’s the time of year when bears are on the move, and extreme drought coupled with major wildfires are pushing them to more populated areas. 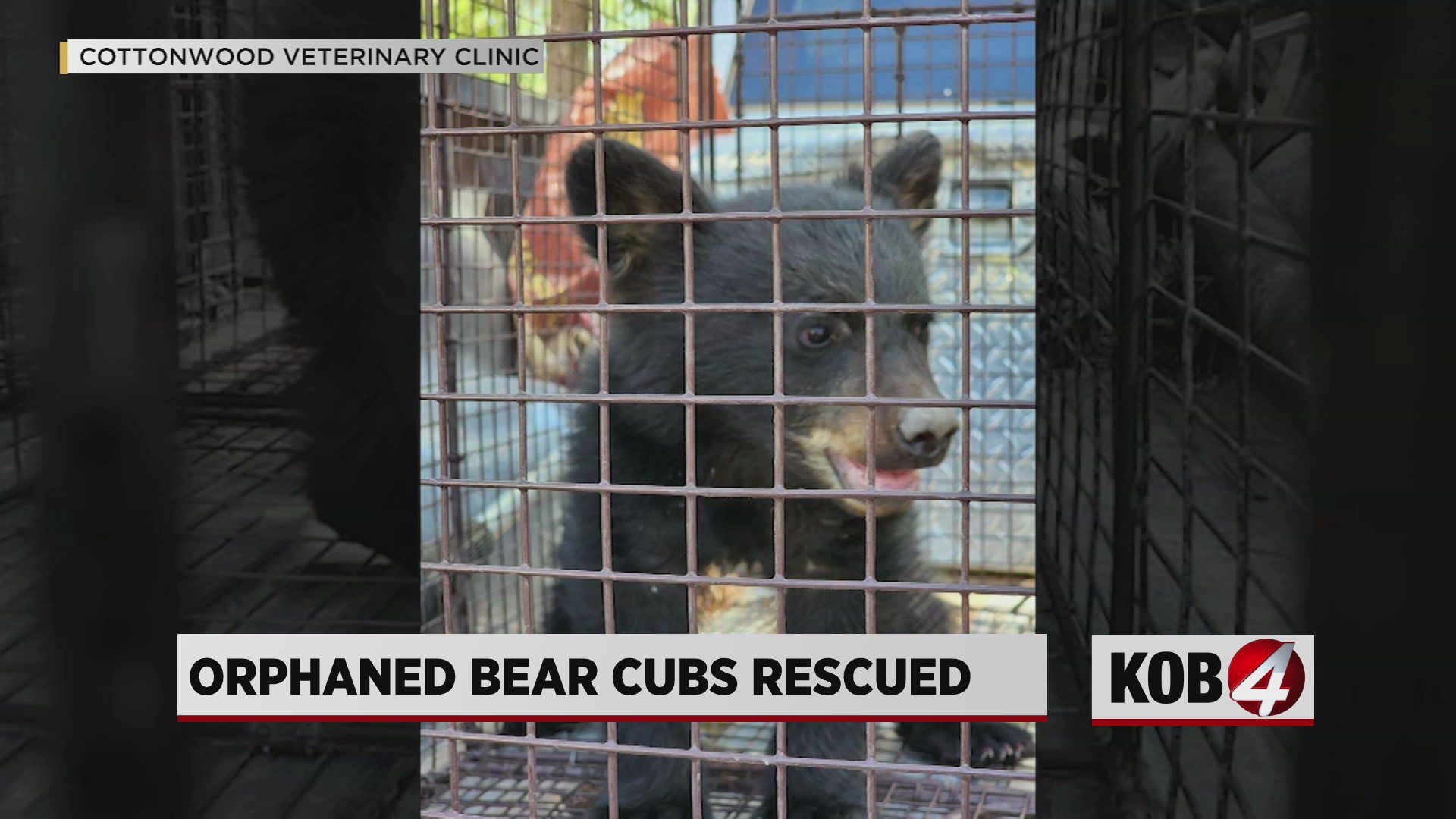 “So most of the time, they’re looking for food and water sources,” said Bickford.

Game and Fish officials say you can do your part to protect bears, your family, and your neighbors. That means properly removing and storing anything a bear might like to eat.

“So anything that smells good or anything that they can start relying on humans to find food and water sources. So water fountains, pet bowls, water drinkers for our livestock, any of those can attract them in,” Bickford said.

Also, make sure your trash is properly stowed away or in a bear-safe container.

“But we do ask people to be aware and be diligent because there’s a lot that we can do as humans to help the wildlife stay wild,” said Bickford.

As for the little cubs, game and fish officials say they appear healthy, and they’ll continue to get care at Cottonwood Veterinary Clinic for now.