Two businesses get approval for recreational cannabis sales in Roswell

ROSWELL, N.M – People looking to buy recreational cannabis within the City of Roswell will now be able to do so, after a big vote by the city council Thursday night.

“We had two companies yesterday that were approved under the current ordinance, they went through the process. The process went very well,” said Jason Perry, a council member in ward 2.

In a pair of 7 to 2 votes, the council granted Pecos Valley Productions and Ultra Health, the permits and zoning variances that open the doors to them making recreational sales of cannabis. Council members Savino Sanchez and Angela Moore voted against granting the permits.

“The reason we are here is we want to sell adult-use cannabis at our current location,” Leonard Salgado, director of business development and expansion for Pecos Valley Productions, told Mayor Tim Jennings and the Council in the lead up to the votes.

Both companies have had medical cannabis dispensaries within the city for years and now they are making the transition to also selling recreational products. 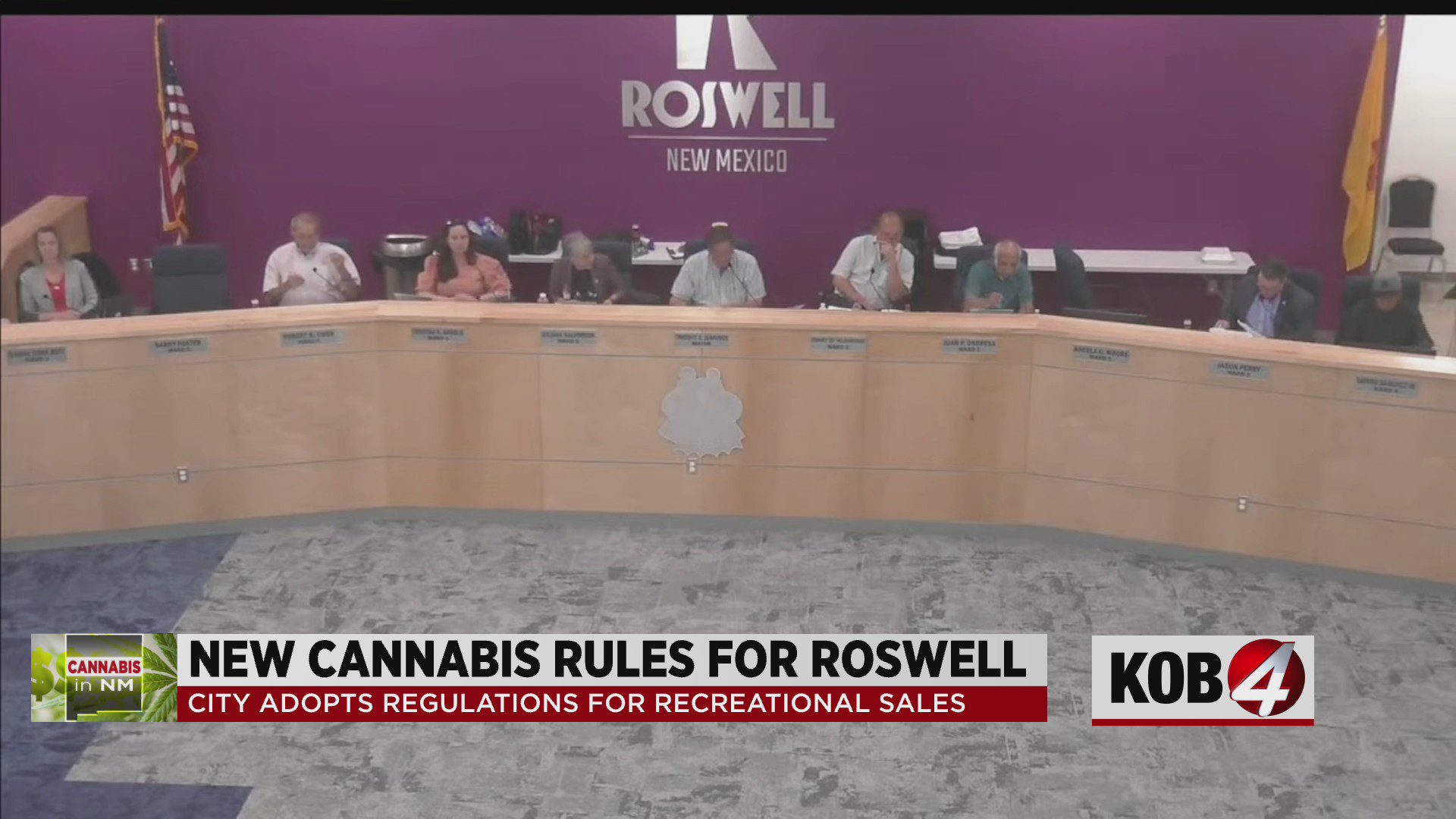 Recreational cannabis sales have been legal throughout New Mexico since April 1. However, no permits had been authorized to begin sales in the City of Roswell until now. In late March, the city blamed that on interested applicants filing their paperwork late.

Several other applicants are waiting to get the approval of the City’s Planning and Zoning Commission before they go to the council for consideration.

Thursday night’s regular meeting of the council also doubled as a public hearing on several proposed revisions of the city rules regarding cannabis. Some of those included streamlining the zoning process for existing medical dispensaries to branch out into recreational sales.

But those that generated the most conversation included a move that would ban on-site cannabis consumption areas from businesses within the boundaries of the city. Another set hours of operation for all cannabis dispensaries, including a prohibition on Sunday sales.

Former Roswell Mayor Dennis Kintigh addressed the council. A former FBI agent and ardent critic of legalization reiterated his opposition to cannabis legalization and framed the debate as being one of whether cannabis should be made harder or easier to access.

“The basic question is this: do you make dope more available or less available?” Kintigh said.

Jesse Hunt of R. Greenleaf, a medical dispensary in Roswell, asked the council to consider not prohibiting Sunday sales, saying it could impact patients,

“One of the things that is very important is that we have Sunday sales available because we are serving patients and they are used to those hours and we don’t want to get rid of them,” Hunt said.

Perry said Friday that until recently most pharmacies used to be closed on Sunday and that once medical cannabis consumers learned the hours of operation they could adjust accordingly.

In the end, a motion to adopt the changes to the city’s cannabis ordinance was defeated.  Meaning the existing process now on the books is unchanged.

Perry said in the future he wants the council to again take up proposals to prohibit cannabis consumption areas and to ban Sunday sales.