DURANGO, C.O. – A new environmental trend called “upcycling” is making its mark in the Four Corners.

Instead of turning a used item into something new, upcycling reuses waste without completely changing its original form. And now two guys in Durango are centering their new business on it.

Animas Artisans take one man’s trash to turn it into another man’s furniture with a goal in mind.

“To help clean up the world even if it’s one piece of small metal or wood at a time,” said Dalton Bevill cofounder and owner of Animas Artisans.

Bevill and his business partner, Dylan McClain, opened up shop three months ago. 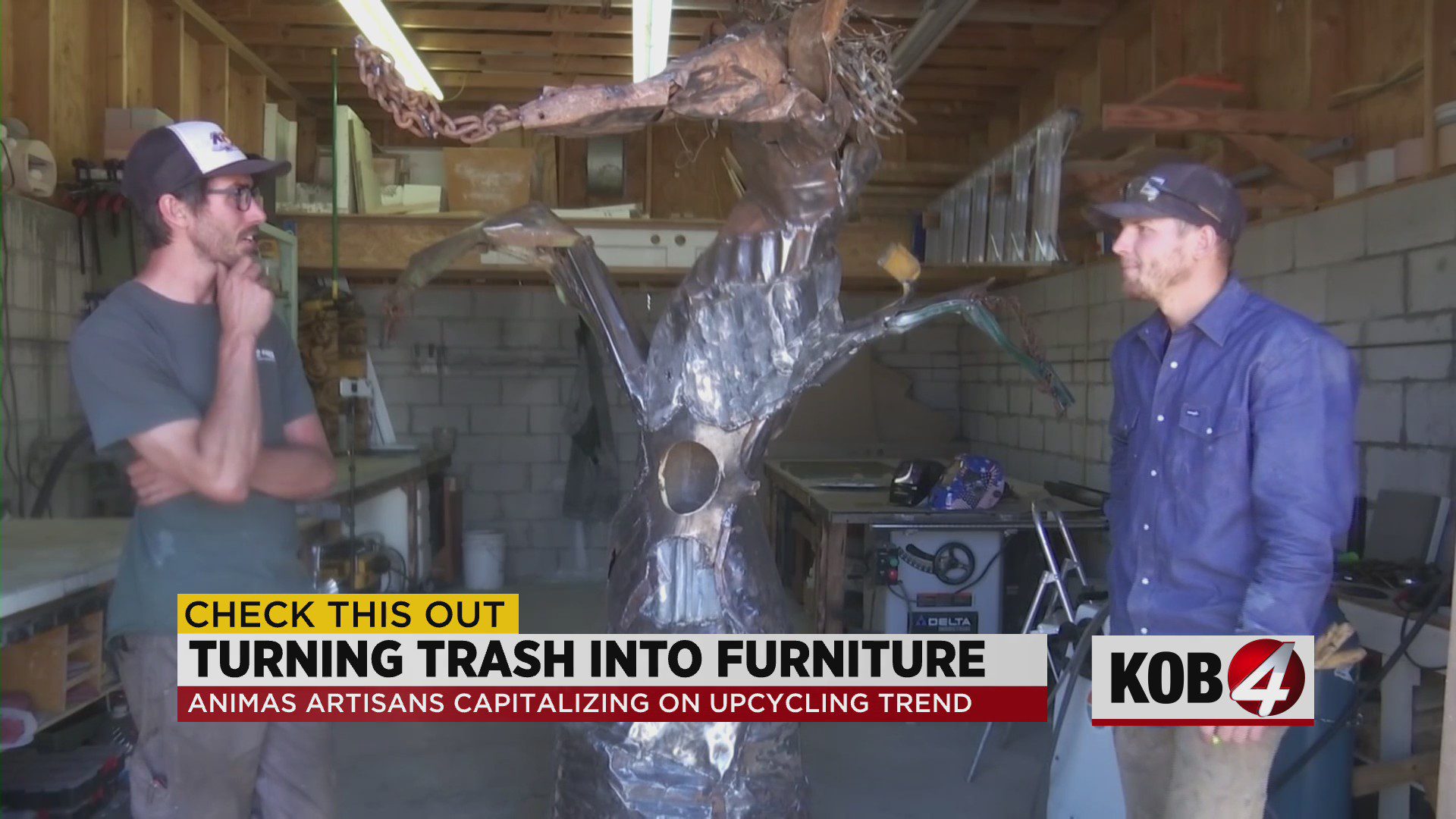 “I grew up on a ranch in northeast Nebraska where I raised cattle, corn, and wheat all kinds of stuff,” said Bevill.

While McClain has a background in engineering.

“I went to school of mines up in Golden, Colorado I was there for about six years,” said McClain.

But they have one thing in common, an eye for design. So, when they found themselves working trade jobs in Durango, they decided it was time to open up their own shop, with a twist. They use scrap material to create custom art and furniture.

“This tree in a way is just weird, a bunch of trash that we are complying together to make something cool.”

Because they say it’s all about seeing the potential of what’s been discarded.

“We want to use as much material as we can that would go in the landfill and bring it to life, and bring it back to something that’s beautiful,” Bevill said.

Bevill and McClain’s tree made of 100% scrap metal will be installed at Durango’s Art Brigade.