Crash at Central and Tingley leads to homicide investigation

ALBUQUERQUE, N.M. — Police were busy overnight as they launched investigations into two crashes along Central Avenue.

Albuquerque police officers were dispatched around 12:30 a.m. Wednesday to a single-car crash at Central and Tingley where two people were reportedly killed and two people were injured.

Albuquerque police have not fully explained why the crash is being investigated as a homicide. A spokesperson said detectives are looking into whether it was intentionally caused.

Toward downtown, APD officers also responded to a crash at Central and Rio Grande Boulevard, where a vehicle was found unoccupied after crashing into a tree.

Detectives said the two crashes appear to be connected. 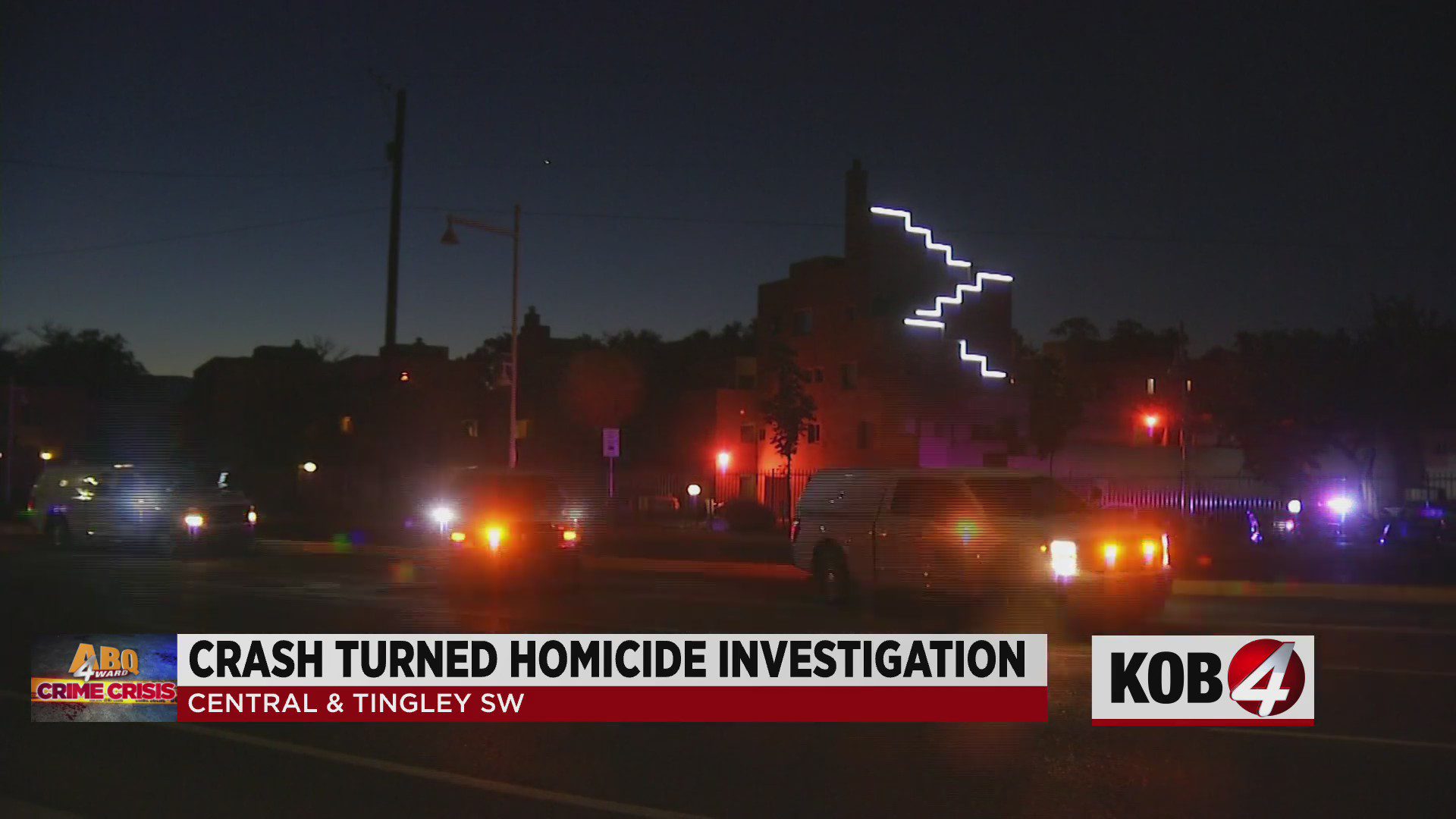 No further information is available at this time.