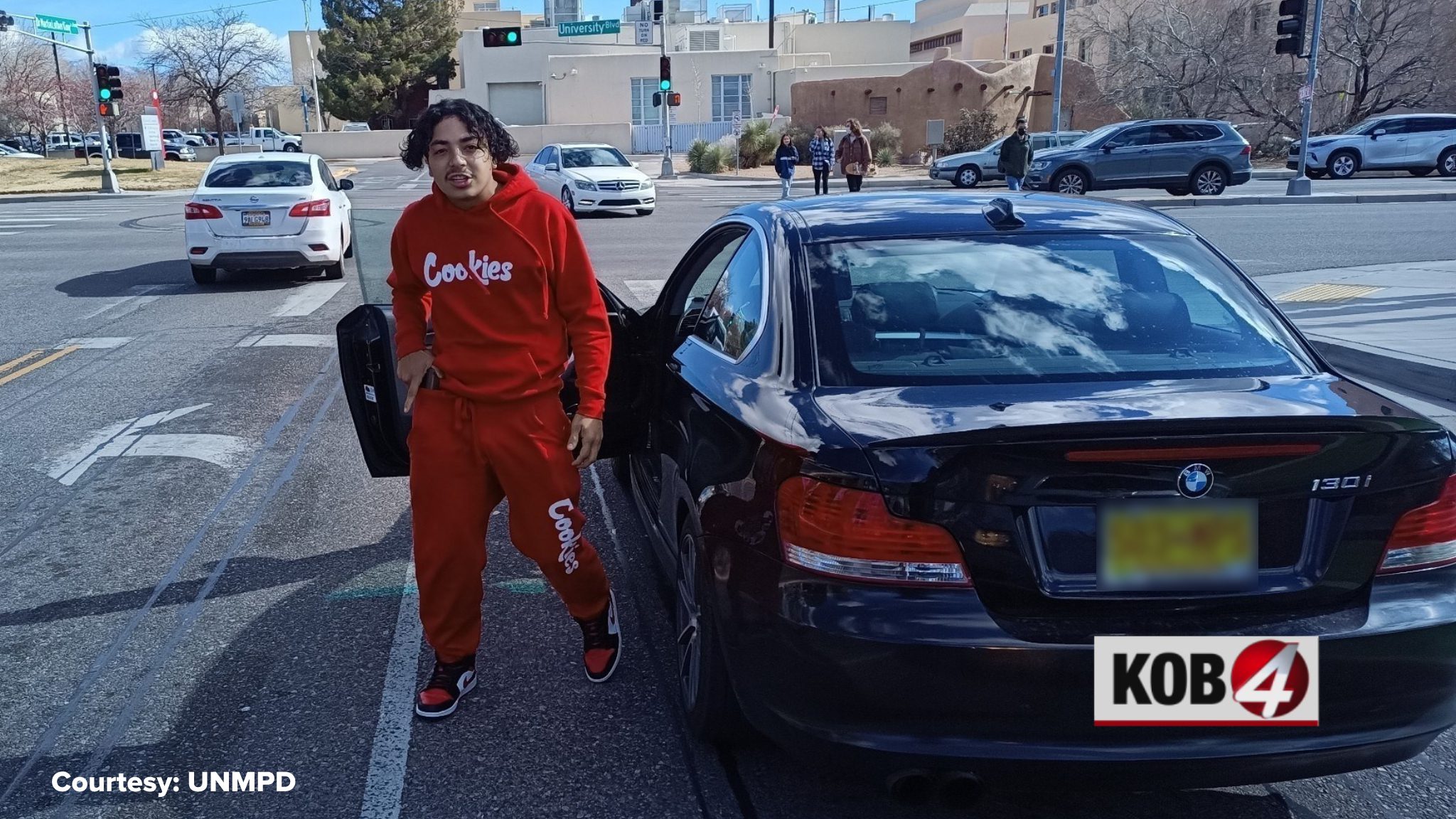 ALBUQUERQUE, N.M. — University of New Mexico police released a photo of a suspect accused of causing trouble on roads near campus Wednesday.

Around 12:30 p.m. Wednesday, UNMPD reported a potential road rage incident at University and MLK. Then, an hour later, they released a photo of the suspect and said he tried carjacking someone.

UNMPD said Thursday they determined it was an apparent road rage incident. The investigation is now being handled by Albuquerque police.

No suspects are in custody. However, UNMPD said there’s no current threat to students, faculty or staff.

If you have any information regarding this incident, including the suspect’s whereabouts, call APD Crime Stoppers at 505-843-STOP (7867). Crime Stoppers offers a $1,000 reward for info leading to an arrest.