ALBUQUERQUE, N.M. – Just south of UNM, there’s a bike shop with a mission to help people. The woman behind the shop is not going to let a couple burglars slow her down.

“I had a lot of opinions, with a capital O, about how shops could be better,” said Amanda Batty, owner of The Bike Coop.

Batty bought The Bike Coop a couple of years ago because cycling for her is personal.

Batty was a professional downhill racer until a crash ended her career.  Now she took a number of lumps in her career, but in this race — she actually got back up and won. 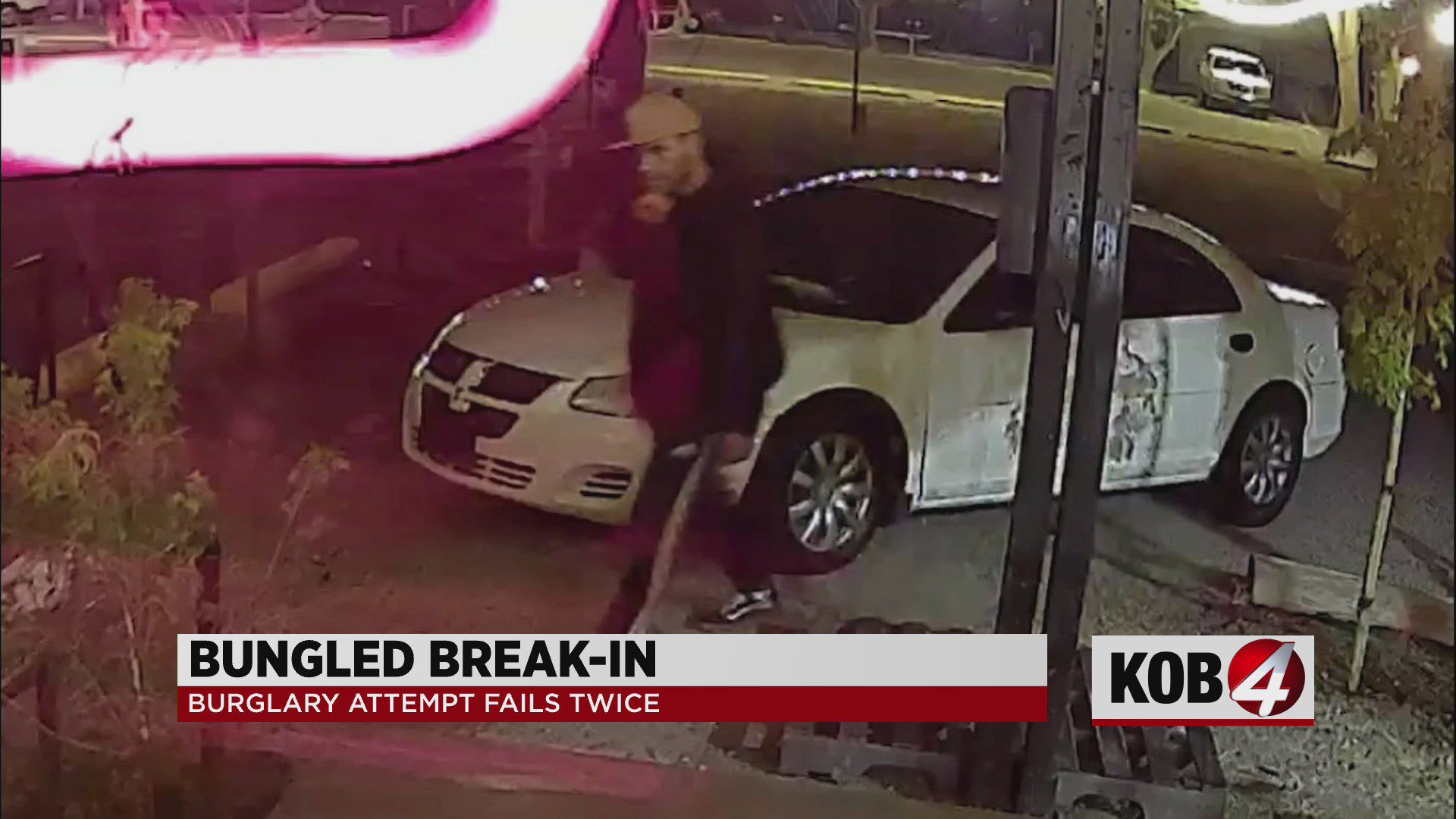 “You develop a really dark, super-sick sense of humor when you survive enough things, I think,” said Batty.

Which is why she’s laughing about last Sunday.

“A couple of guys rolling up at like 4:40 a.m. and then trying to yank – for whatever reason – they tried to yank this bar,” said Batty. “The camera just shows them trying to pull away, and the first one – just snapped their tow strap.”

“And tried it again with a bigger tow strap and then in that video it shows – and I’m laughing because it shows, like, their rear axle just swing,” said Batty.

It’s discouraging because Batty is in the process of relaunching a co-op out the back of the shop, trying to bring more equity and access to cycling.

“If they used that kind of work ethic to vibe back to their community, or to create something instead of breaking or trying to break in, the world would probably be in a much, much better place,” Batty said.

These guys won’t deter Batty from the road she’s on.

“And bikes are this incredible force for good. And it’s important – it’s really important that we provide the opportunity, and the education, and the accessibility that people need.”

Batty is in the process of getting the co-op part up and running and she’s looking for people to get involved – and donate to get things up and running.

Click here for more information on how you can help.