RIO RANCHO, N.M. – There’s video of chaos that unfolded recently at the Popeyes in Rio Rancho.

“My kitchen manager came up to defend me. I said ‘I don’t need defending, I’m from Jersey. I’m good,’” said the Popeyes manager.

He told police one of his employees quit, demanded his paycheck, and threatened them physically.

“I just don’t want him here til Monday, when he picks up his check, and we can be over and done,” said the manager.

That former employee was 37-year-old Mitchell White. An officer spotted him on his bike and tried to stop him. 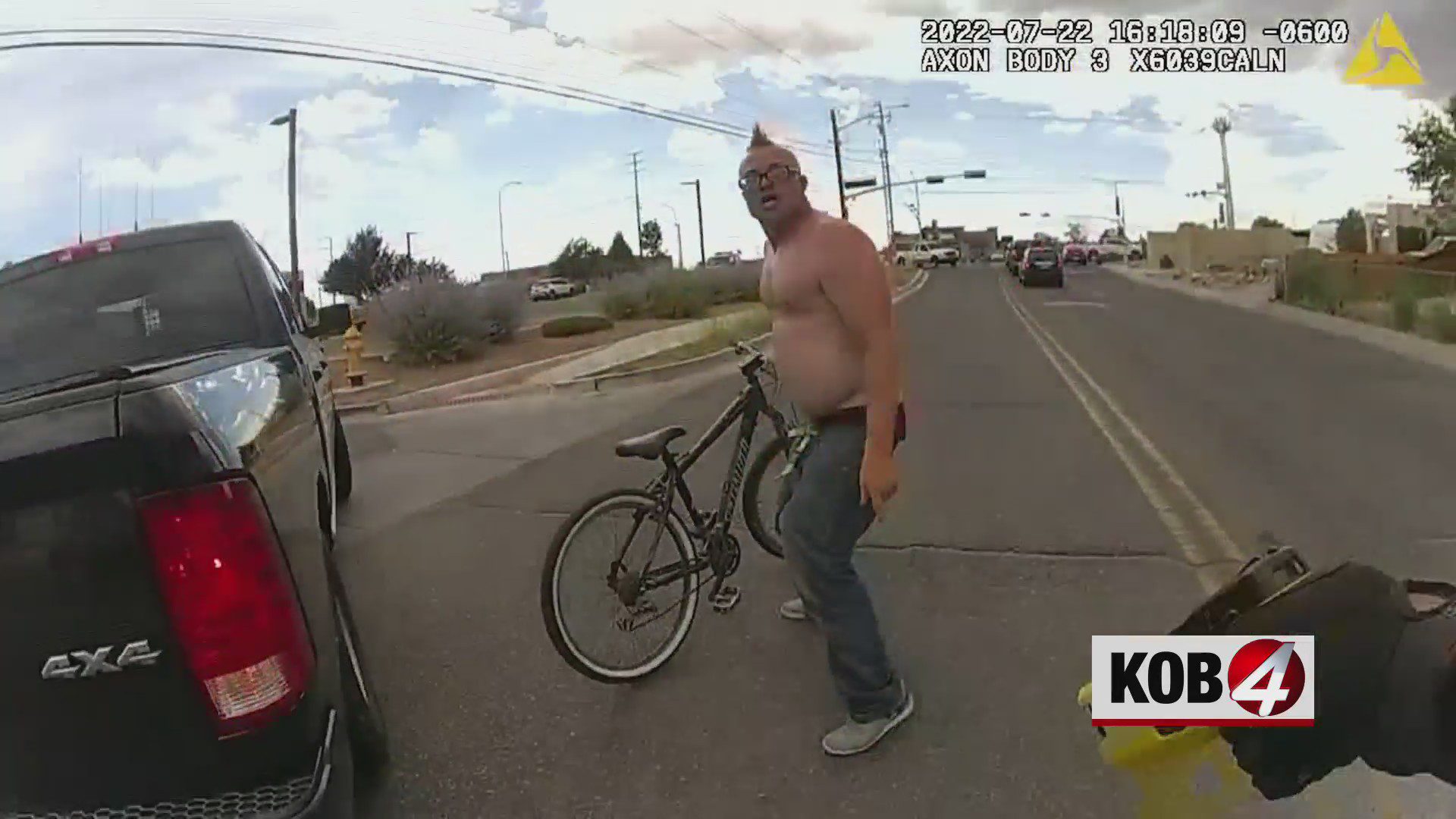 “I’m the police! Stop right there.”

But things quickly escalated when White took off, and the officer caught up.

Even after getting tased twice, White runs off.

“Get on the ground!”

A third tase took him down. White was quick to complain about the arrest.

“Please stop manhandling me. I totally have a fractured wrist,” said White.

He explained to officers why he got so upset at Popeyes.

“I just want my paycheck, that’s all.  I didn’t do nothing.  I have two jobs and I have three kids and I’m a grandpa,” White said.

This was the second fast food incident in July to capture police attention.

Nine days later, a fast food customer pulled a gun at the Burger King at San Mateo and Menaul in Albuquerque, because he didn’t get his entire order. Police are still looking for that suspect.