In early April, a suspect carjacked a man with a gun and then led officers on a chase in the metro that finally ended in a shootout. KOB 4 went through several lapel videos and witness interviews from that day.

Undercover officers were already in the area when they got the call:

“Hello, I would like to report a stolen vehicle.” 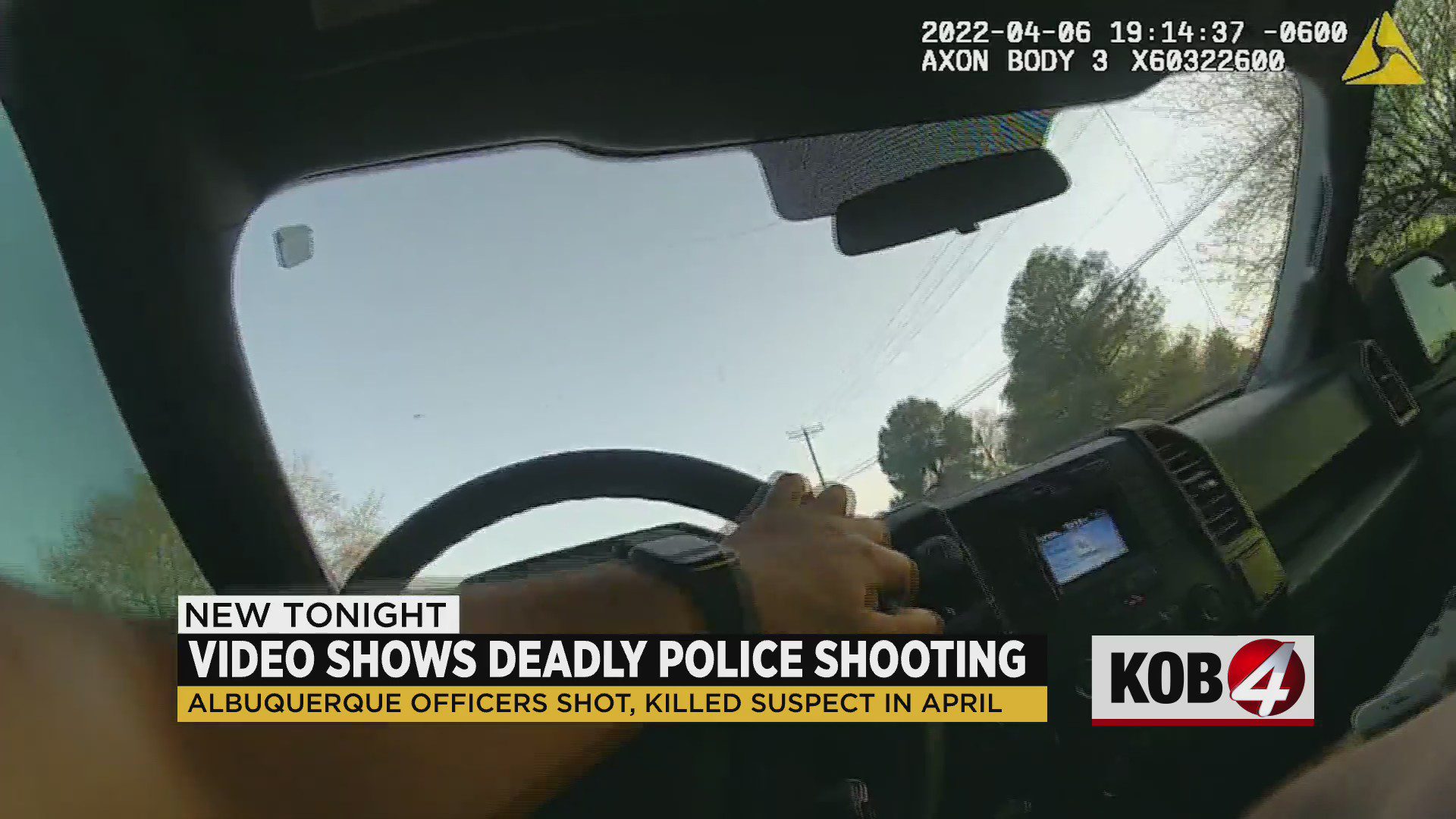 “Your vehicle was stolen?”

“Yes sir, I just got robbed at gunpoint.”

Isaac Saiz told a dispatcher he was waiting to leave an apartment complex near Osuna and Seagull when he was carjacked by a man with a gun.

“Then I just heard my door open, and I was just sitting down looking at my phone and then a guy cocked the gun and put it to my face, and he said just get out of the car and get out of here.”

Officers quickly arrived to meet Saiz, where he described what his car and the suspect looked like, saying they could not have gotten very far.

Knowing that, officers immediately started searching the parking lot of the apartment when they say they found him. One of the responding detectives described what he saw:

“He just waves at me because we are like T-boned. He is just driving by and there is no tint in the window and he just waves, and so he drives past me, I slide out behind him.”

The detective is able to confirm it’s the stolen car and they go after him. Eventually, the suspect gets out of the car.

“I hear them calling out, like foot chase, he is on the pedestrian bridge.”

Lapel video then shows the officers chasing after the suspect, who was in an arroyo near Spain and Eubank. Officers see the suspect running and then shots are heard. Police officers take cover and shoot back, hitting the suspect. Police say he was killed and the gun he used was found near his body.

No officers were injured in this shooting. This was the second shooting involving officers in less than two weeks.