LEA COUNTY, N.M.— Activity in the Permian Basin has made New Mexico the second-leading oil producer in the nation and is largely credited with the state’s budget surplus, but one environmental group says a new video apparently shows methane leaking from some tanks used for oil and gas development.

“You can see emissions coming out of tanks that appear to be poorly maintained,” said Jon Goldstein, senior director of regulatory and legislative affairs for the Environmental Defense Fund.

In April, the group used infrared aerial cameras to take the video, which they say shows methane leaking from some tanks at oil and gas production sites between Hobbs and Eunice. Though methane is a gas not visible to the naked eye, it can be detected using infrared cameras.

The Environmental Defense Fund is not releasing the names of the operators of those sites, but Goldstein says the video has been shown to them, along with officials at the New Mexico Environment Department and the state Oil Conservation Division.

He said the taking of the video is part of his organization’s work documenting how methane emissions are impacting area communities in Lea and Eddy counties, the two leading oil production counties in the state. 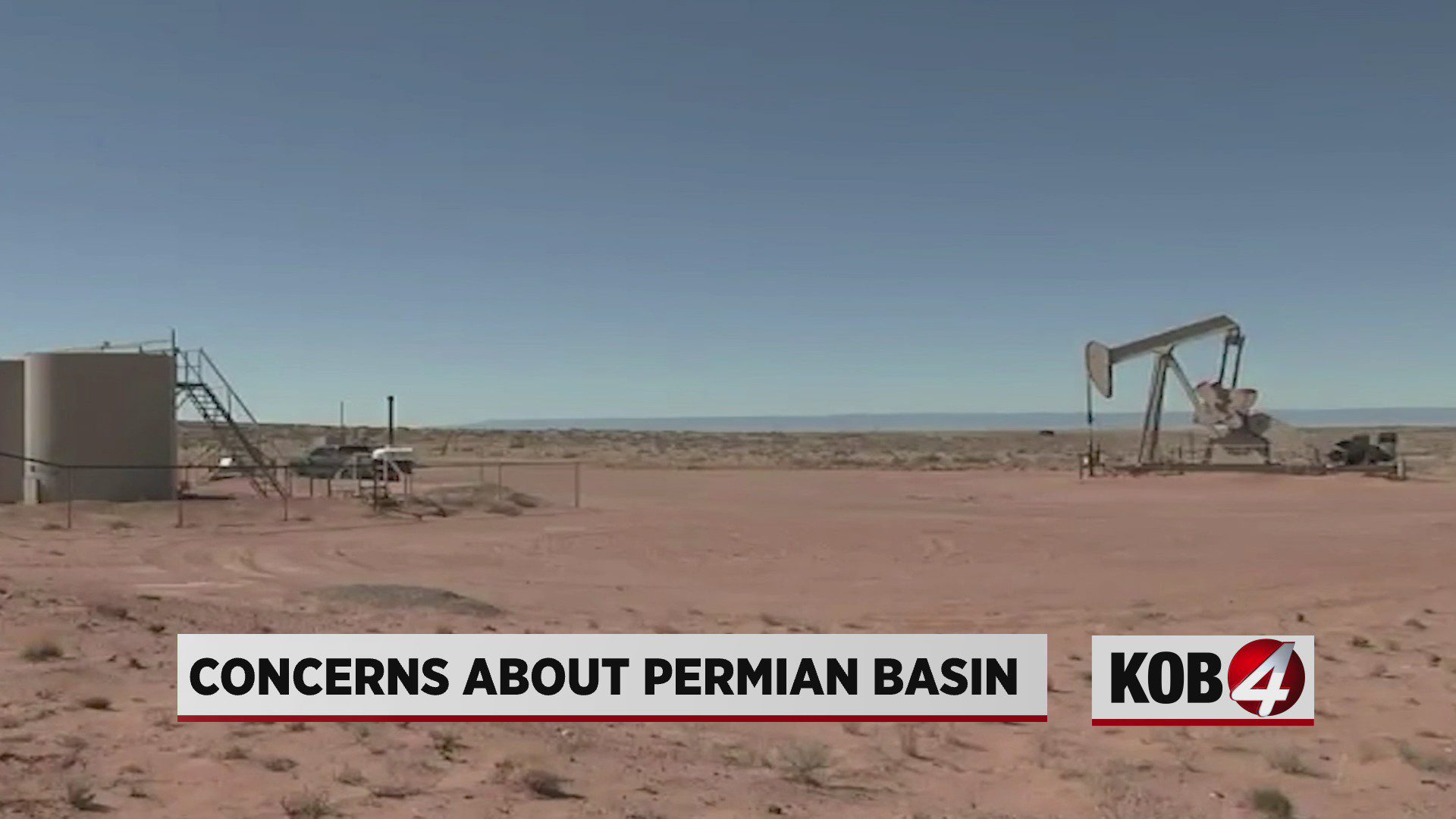 The Permian Basin which consists of oil fields in southeastern New Mexico and southwest Texas, pumps out a total of 1.1 million metric tons of methane each year. Methane is a leading pollutant that is a major driver of global climate change and of smog pollution that can impact people with health conditions such as Asthma.

Goldstein said that amount has an impact on the climate that is the equivalent of 25 coal-powered plants.

He says marginal wells, which are wells that produce 15 or fewer barrels of oil a day, are responsible for 50% of methane emissions. They also tend to leak away 10 % of their gas.

“These sorts of leaks are one of the biggest sources of methane pollution in the Permian, in New Mexico and in the U.S,” Goldstein said.

The Environmental Defense Fund says the video of such leaks underscores the need for stronger state and federal regulations to curb methane emissions to both slow the effects of climate change and improve the health of communities located near such sites.

“What we want to see is that regulations minimize the negative environmental impacts and human health impacts and maximize the benefits for local communities,” Goldstein said.

Individual states, such as New Mexico, have begun to take some such actions.

And later this month, New Mexico’s Environmental Improvement Board will consider finalizing a set of rules limiting methane emissions, including requiring all oil and gas production sites within the state to undergo annual inspections for methane leaks.

“The best way to get these problems addressed is to go out and check for them on a regular basis and get them fixed,” Goldstein said.

Such measures, he said, can be taken with minimal cost to energy developers as well as consumers.