ALBUQUERQUE, N.M. – Many people in Albuquerque came together Saturday night to remember a beloved restaurant owner.

Rosario Zito, the owner of Giovanni’s Pizzeria, was shot and killed outside his shop Tuesday night by a robber, police say. He was protecting his employees.

Over 100 people came out Tuesday night to remember Rosario Zito. While it was a somber event, his wife Dana Zito wanted to remember the good times they’ve had at their restaurant together since it opened back in the ‘80s.

“My husband was a real man, he was a protector that’s what a real man does, and I’m still alive my guys are still alive, and he’s with God now and that’s where he needs to be and we will just try to keep going and thank you, thanks for all the support,” said Dana.

Sept. 21 would have been their 35th wedding anniversary. As the crowd laid down flowers and lit candles in front of the restaurant where Zito was killed, his family, friends and coworkers shared some of their favorite memories of him. 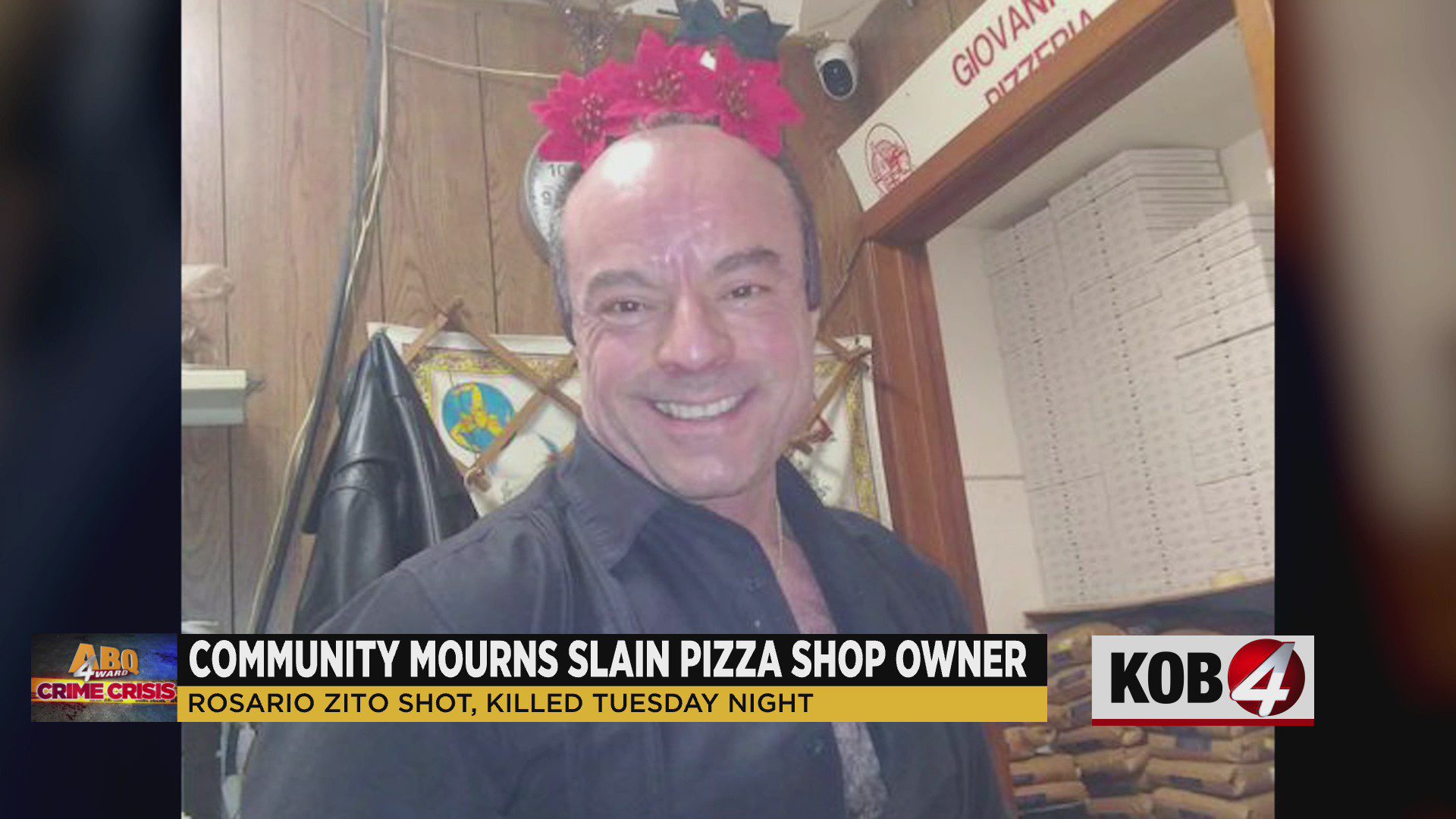 “Rosario was very very much loved, he was a man of the heart.”

“Every time he would come into the store he was like ‘hey how you doing?’ biggest smile on his face always had the biggest smile.”

“He was like a dad to me he was my best friend he’s the best boss and he had the best pizza in the world.”

The family says they are still making funeral arrangements and Giovanni’s Pizzeria will remain closed for now.