ALBUQUERQUE, N.M. —Parts of the New Mexico community are grieving together, after the nation’s latest mass shooting in Uvalde, Texas.

Anamaria Dahl leads the New Mexico chapter of Moms Demand Action and she hosted a vigil in Albuquerque Wednesday night to allow people to have a space to grieve, share their opinion on the status of the country and community, and call on our leaders to take action.

Dahl got involved with the organization for three years, after a day that will stick with her forever.

“I saw a Facebook post that said active shooter,” she explained. It was near her son’s elementary school campus.

“And I just got up from my desk at work and ran,” said Dahl. “And we were lucky. We were able to get our kids home that day.” 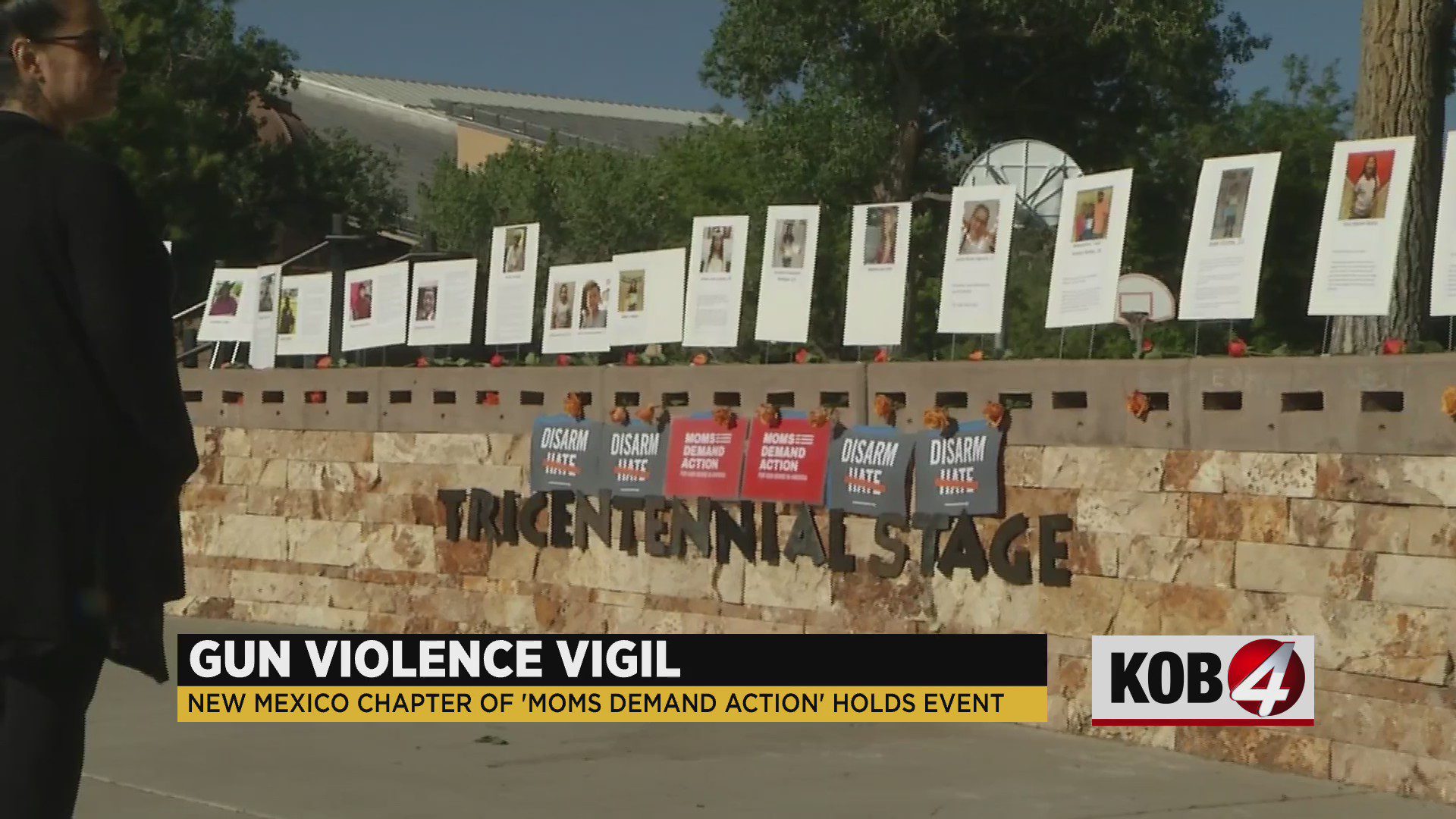 But she has seen far too many instances where families across the country and here in New Mexico were not as lucky as hers that day.

“It hits home for all of us here in New Mexico we’re so close and we know our communities are disproportionately impacted by gun violence and it’s almost like a when, not an if it’s going to happen– a when,” said Dahl.

The vigil was to honor the victims of the Uvalde, Texas and Buffalo, New York shootings. And the organization’s goals range from small—like asking people to give blood for gun violence victims—to large, like voting for people who will stand up to the NRA.

“Freedom isn’t being able to own twenty-five guns, freedom is being able to go to school and to church and your grocery store without fear of being shot,” said Alexis Jimenez, another member of the group, mother of three, and grandmother of five. “I’ve had it.”

“I just can’t take it anymore we’ve got to make major changes in this country, we’ve got to stop loving our guns,” said Jimenez. “While we are making changes, they’re coming too slow, and they’re not strong enough and we can do better.”

Moms Demand Action is always accepting volunteers, and you can join the organization at any time. For more information, visit, momsdemandaction.org.