Vin Scully, voice of the LA Dodgers, dies at 94

ALBUQUERQUE, N.M. – Vin Scully, the voice of the L.A. Dodgers for decades, died Tuesday night. For Albuquerque baseball fans who’ve long been connected to the Dodgers, this one hurts.

He had one of the most recognizable voices in all of sports.

For more than 60 years Scully handled play-by-play for Brooklyn, and then LA Dodgers like he was telling a story.

“There’s 29,000 people in the ballpark and a million butterflies.”

“The one, two pitch on the way.  Slow curveball.  See ya later.” 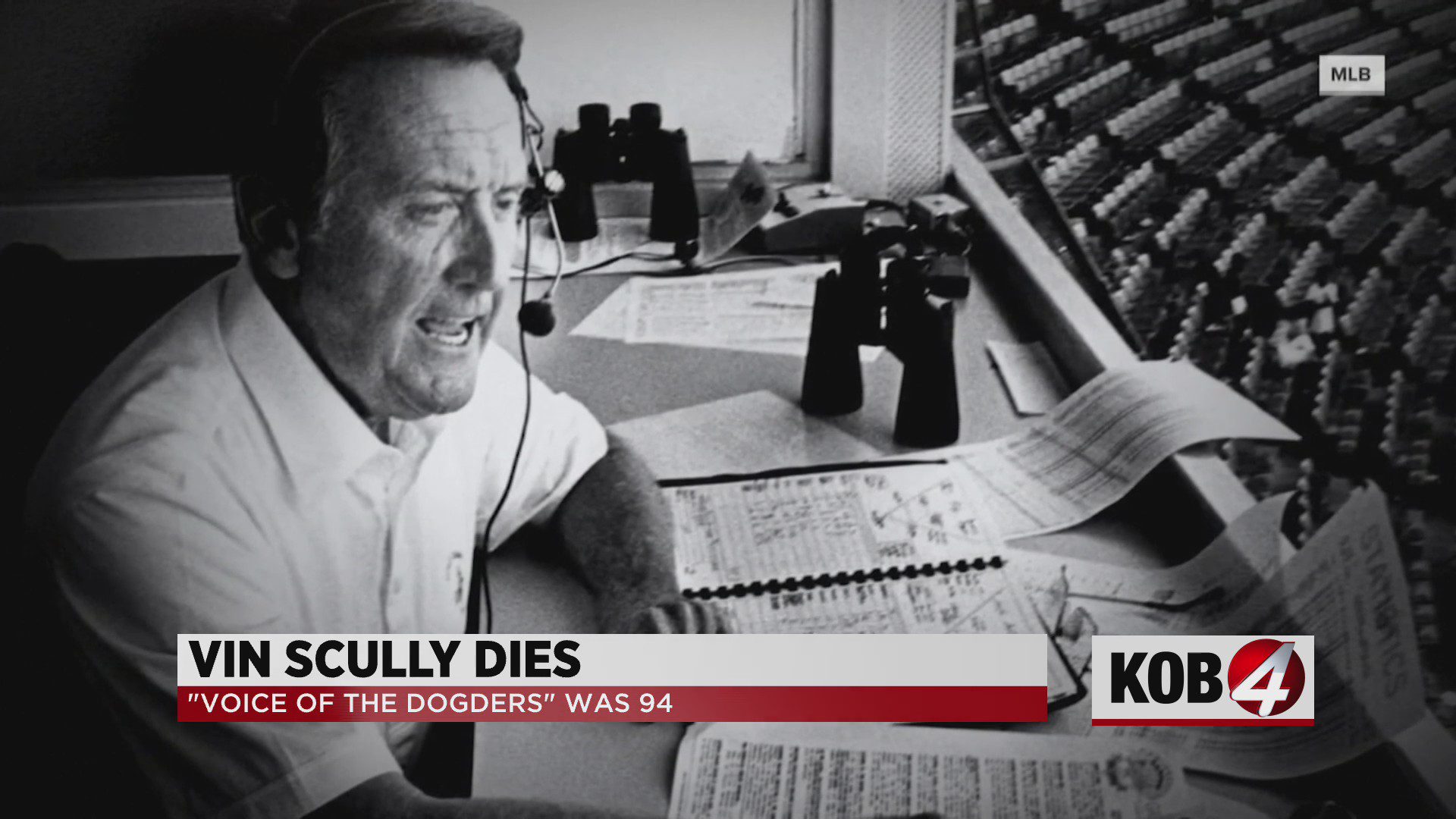 And for decades, Albuquerque baseball fans got to know him, too. The Dodgers have a long history here.

The Albuquerque Dukes were the AAA affiliate for the Dodgers for decades.

The Albuquerque Isotopes were the AAA affiliate for six years.

“I’m sure a lot of baseball fans in Albuquerque can relate to the stories that Vin Scully told and it remembers so many people of so many different generations of their childhood,” said John Traub, general manager of the Albuquerque Isotopes.

Traub described Scully as a legend across all of baseball. He remembers listening to Scully’s voice while growing up in southern California.

He even got to meet him once.

“One of my prized possessions, a Vin Scully autographed baseball.  I’m so grateful I got it and I will cherish it forever,” Traub said.

Traub is just one of the thousands of New Mexicans and millions of Americans who will never forget that voice, or what Scully brought to baseball.