MORA COUNTY, N.M. – One community that’s been particularly devastated by wildfires and floods is now rallying to keep a vulnerable population safe and warm as the seasons change.

Greg Elbring and Tobias Lovato – have been doing what they can for their neighbors in and around Mora.

“Well, it’s exhausting (laughs) that’s the reality of it, because we haven’t stopped since the fire, as you know,” said Elbring and Lovato.

After the fires from the largest burn scar in the state’s history, the floods started. 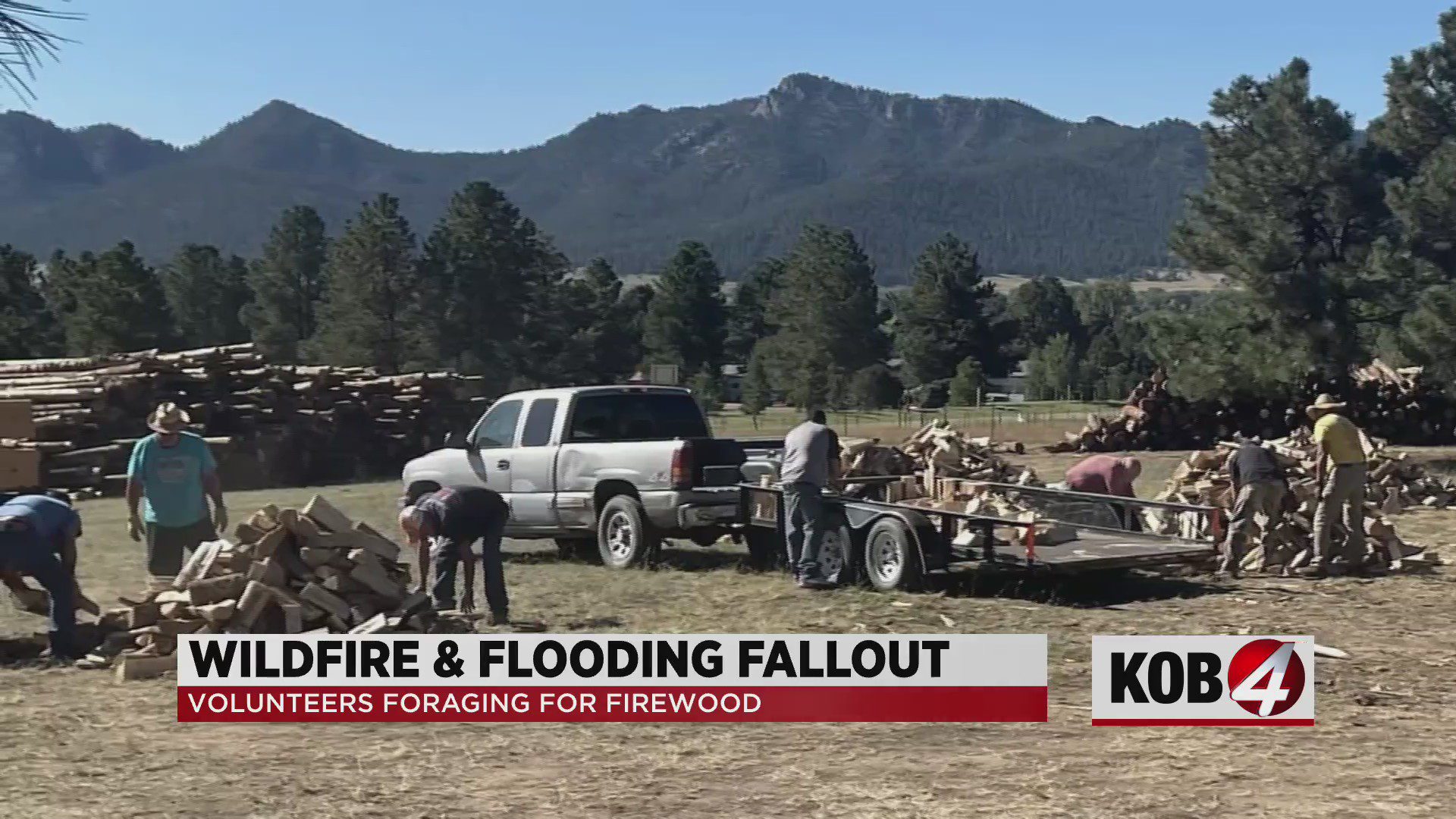 “We got a list from a local person that said, these are elderly, these are disabled, this is who needs sandbags,” said Lovato.

Just as it was with the drought-fueled fires and the monsoon, a new threat comes with the changing season.

“Some people lost their whole wood store in the fire and the flooding. There were people whose wood just floated away, so it’s been a tough year for that,” said Lovato.

Lovato says more than 50% of homes in Mora County rely on wood to heat their homes.

“The real impact has been to the seniors, because they are not mobile enough to harvest wood and they are on a limited income,” said Elbring.

Now, the Forest Service is donating the downed trees that were cut during the fire fighting effort, and the governor has the New Mexico National Guard working to help distribute firewood to people like Lorain Hurtado.

Grant money is paying a contractor to run a machine to process over 200 cords wood for families in need.

“Just throw it in there, just throw it down, because I’m going to have to split it ‘cause all I have is a stove now,” said Hurtado.

Now it’s another race against mother nature, as this northern New Mexico community continues to pull together.

“I love them and thanks to God for good – you know – kids that are still working,” Hurtado said.

“It is very gratifying to see the smile on the peoples’ faces when we deliver it, or they pick up the wood and they just are amazing,” said Lovato.

They delivered 50 cords of wood to seniors this past weekend. They have a goal to reach 240 families but need your help to pay that contractor to keep cutting wood.

If you want to donate, a local nonprofit has been handing out donations, they ask that donations go to Venmo account: Anita LaRan @collaborativevisions, confirmation code: 8581. Donors need to indicate the donations are for Mora County Emergency Firewood Project.