ALBUQUERQUE, N.M. — Two separate water main leaks on University Boulevard may impact traffic for this weekend’s New Mexico Bowl and basketball games at The Pit, according to the Water Authority.

Northbound traffic on University Boulevard between Gibson and Avenida Cesar Chavez has been reduced to one lane. Southbound traffic lanes remain open.

Officials say the first leak is on University between Mesa Vista and Lomas. Lane restrictions will be in place through the weekend.

The second leak is on University between The Pit and University Stadium.

According to the Water Authority, there is standing water in the roadway and the nature and duration of repairs are unknown at this time. 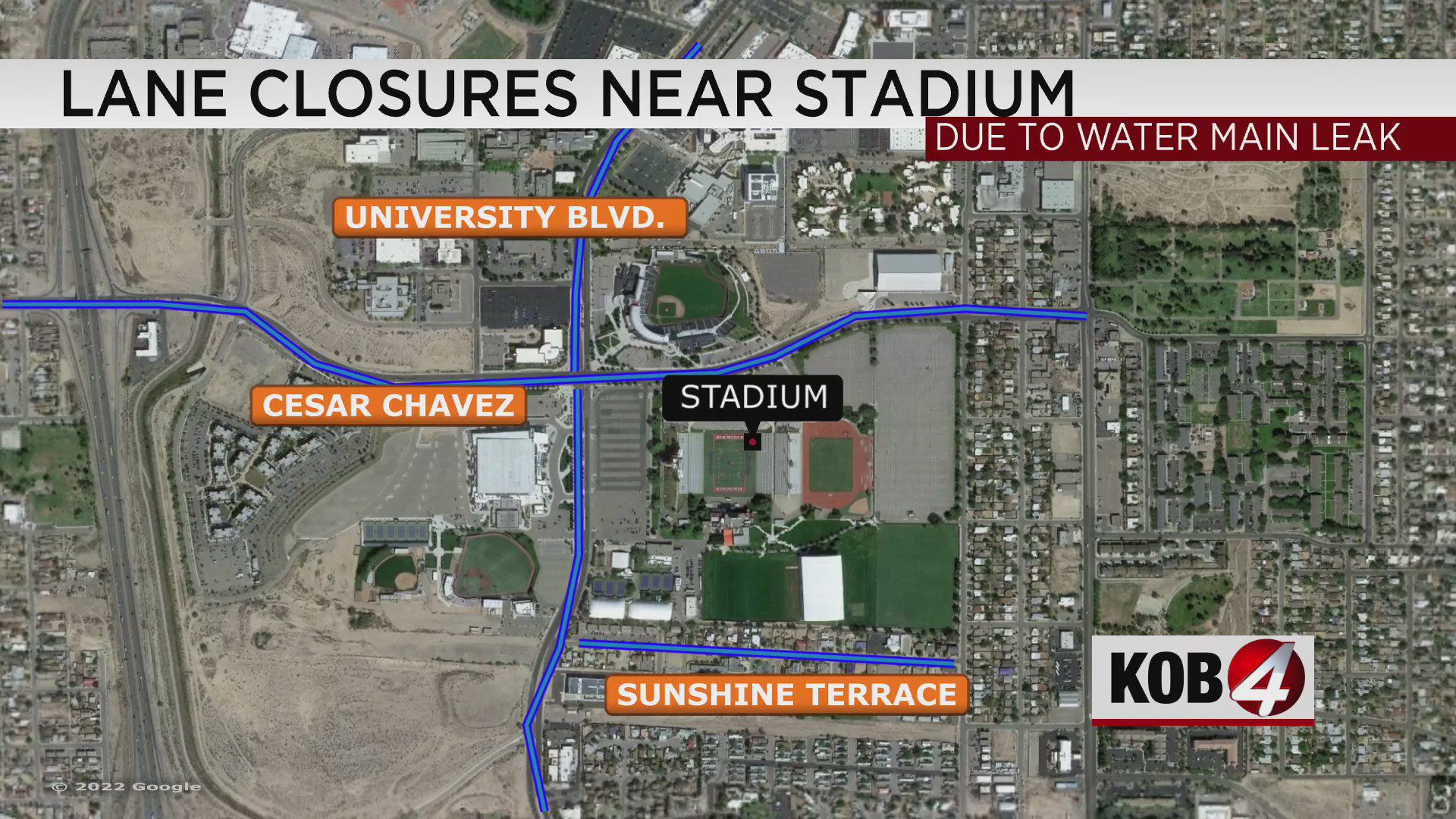 Fans going to tonight’s New Mexico Bowl are urged to avoid University Boulevard, and to enter from eastbound Avenida Cesar Chavez or from southbound University.