ALBUQUERQUE, N.M. – The weather has had everyone on the edge of their seats every morning at Balloon Fiesta Park.

But people KOB 4 spoke to say it just comes with the territory of ballooning in October, and it wasn’t going to stop the celebration of the 50th Albuquerque International Balloon Fiesta.

McKay says this rainy weather hasn’t been bothering him or his crew all that much.

On Tuesday morning, Balloon Fiesta goers and pilots were holding their breath to see if they’d get the green flag to fly. The fiesta has its own meteorologist who gives updates on flying conditions. 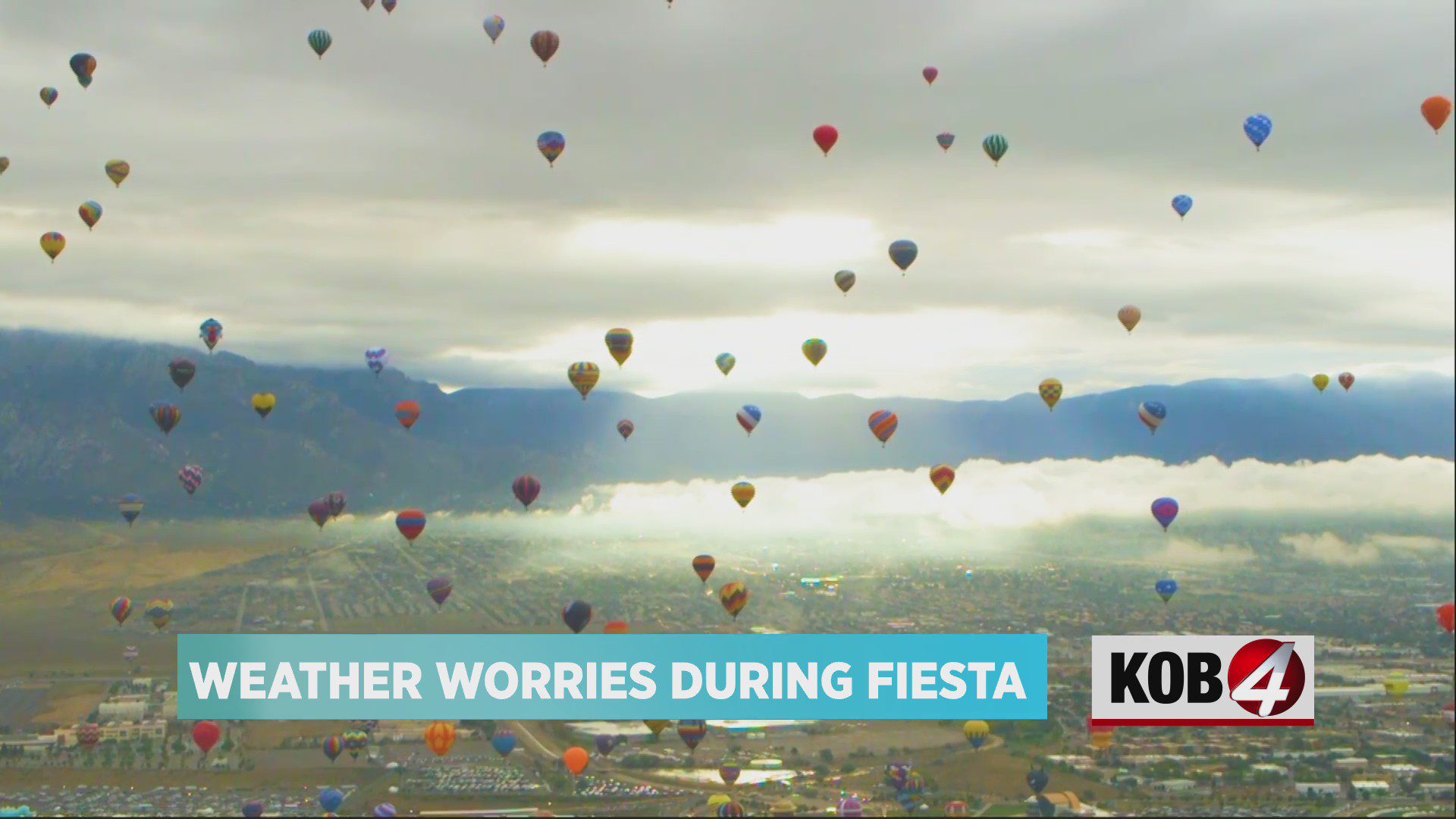 “We have this wonderful mountain just to our just to our east as well that’s going to block us and so I’m expecting light and variable winds the next few mornings that will allow the, the local effects to really, I think shine,” said Brad Temeyer, Balloon Fiesta meteorologist.

Wind is usually the issue, but this year it seems to be the rain.

“So obviously the fabric has a coating on it we don’t want it to get wet and pack it up it’ll get mildew on it, it just wears and tears on the fabric,” said McKay.

McKay and other pilots are carefully setting their envelopes on tarps. But McKay says he’s not too bothered otherwise.

One balloon crew KOB caught up with says rain or shine, static or flying, Balloon Fiesta is always a fun time.

“It’s just such a cool experience everyone is so festive even in weather delays, we have a football out or a frisbee, just having a good time,” Benjamin a handworker.

They say the weather may be questionable for the next few days, but that’s no reason not to have a good time.

“I mean everyones in good spirits it’s hard not to be when you have 600 other balloons,” said Justus Bradley.

The crew says the scale alone of the Albuquerque International Balloon Fiesta is amazing.

“It’s amazing just crewing with balloons in small areas is very cool we get like 20 up in the air but to see like 300-600 balloons is insane,” said Theodore Collins.

And for McKay, he and other RC pilots are hoping for a new world record.

“We have 83 registered so let’s hope the weather cooperates, and we can actually get it done,” McKay said.

But, the weather has impacted the America’s Challenge Gas Balloon Race. Officials say if the race is not able to launch by Wednesday at midnight – the race won’t happen.