ALBUQUERQUE, N.M. – So where can you go to spend some time outdoors this Memorial Day weekend? KOB 4 looked around the metro Saturday to find out.

All the public lands on the east side of Albuquerque in the Cibola National Forest are closed because of the current fire danger, but there are a few spots open in town and on the West Side. All across the Sandias, open spaces and trails are closed to the public by both the U.S. Forestry Service and Bernalillo County.

“It’s so dry out here it’s heartbreaking, you hate to have to close the open spaces that go into the forest. We hate to put ban on fires and fireworks but it’s so necessary,” said Charlene Pyskoty, Bernalillo County commissioner.

Earlier this month, the U.S. Forest Service closed multiple national forests in New Mexico. Plus, at the last county commissioners’ meeting, they banned open fires and fireworks within Bernalillo County.

“We have to make sure we are doing everything that we can to prevent any kind of tragedy here,” said Pyskoty. 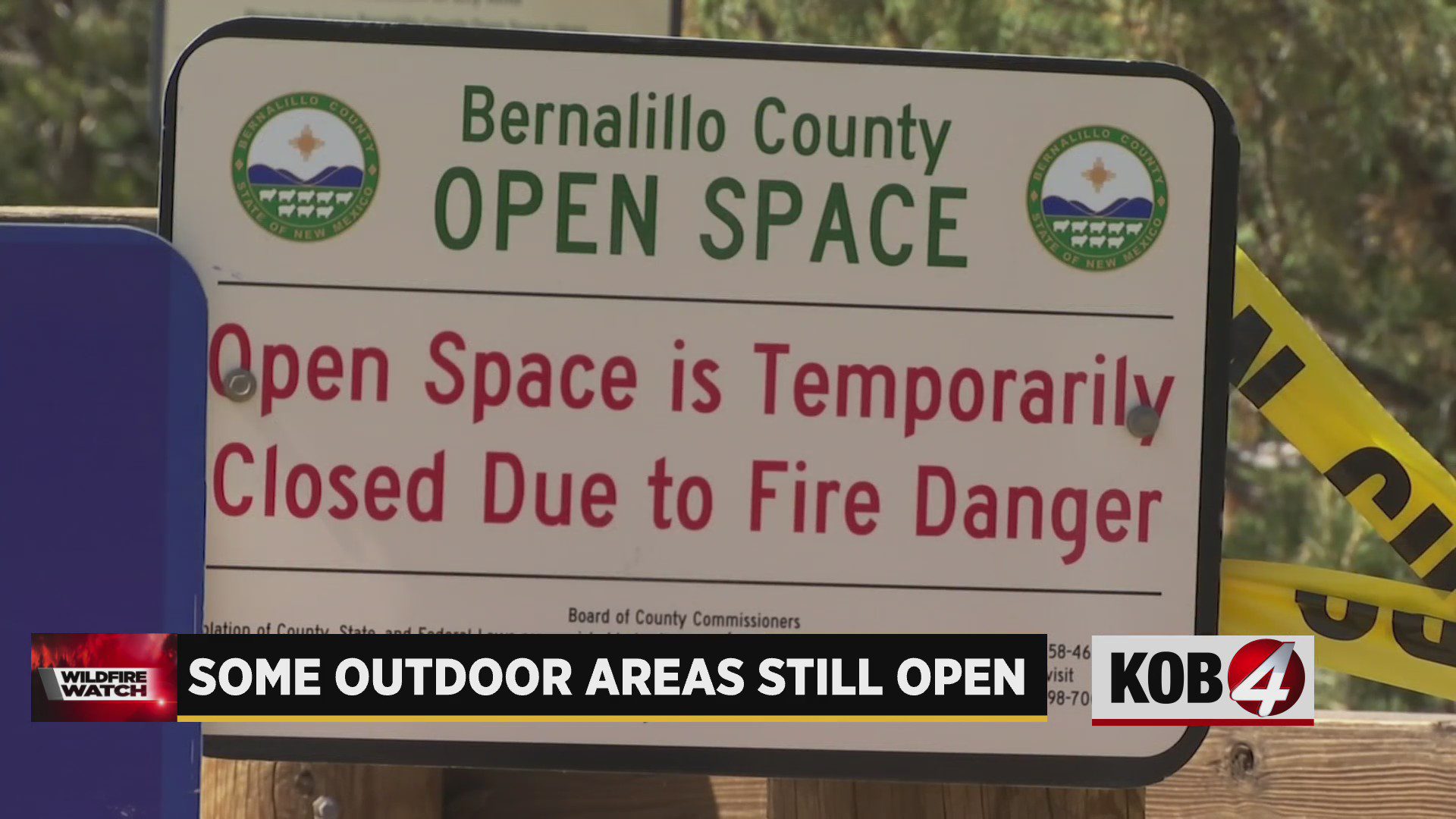 That also led to a large number of closures east of Albuquerque.

“One thing in the Cibola National Forest that is open is the Sandia Peak tram, but once you get to the top, since all the trail around it are closed, you have to stay on the platform,” Pyskoty said.

But over on the West Side of town, there are multiple open public lands like Bachechi Open Space, the Petroglyphs National Monument, and the bosque trails along the Rio Grande.

A majority of the bosque is open for the public to use this weekend, but because of a fire earlier this week, AFR had closed off the trail along either side of the river near Montaño.

Bernalillo County also opened 11 of its 12 pools across the metro for the summer Saturday.