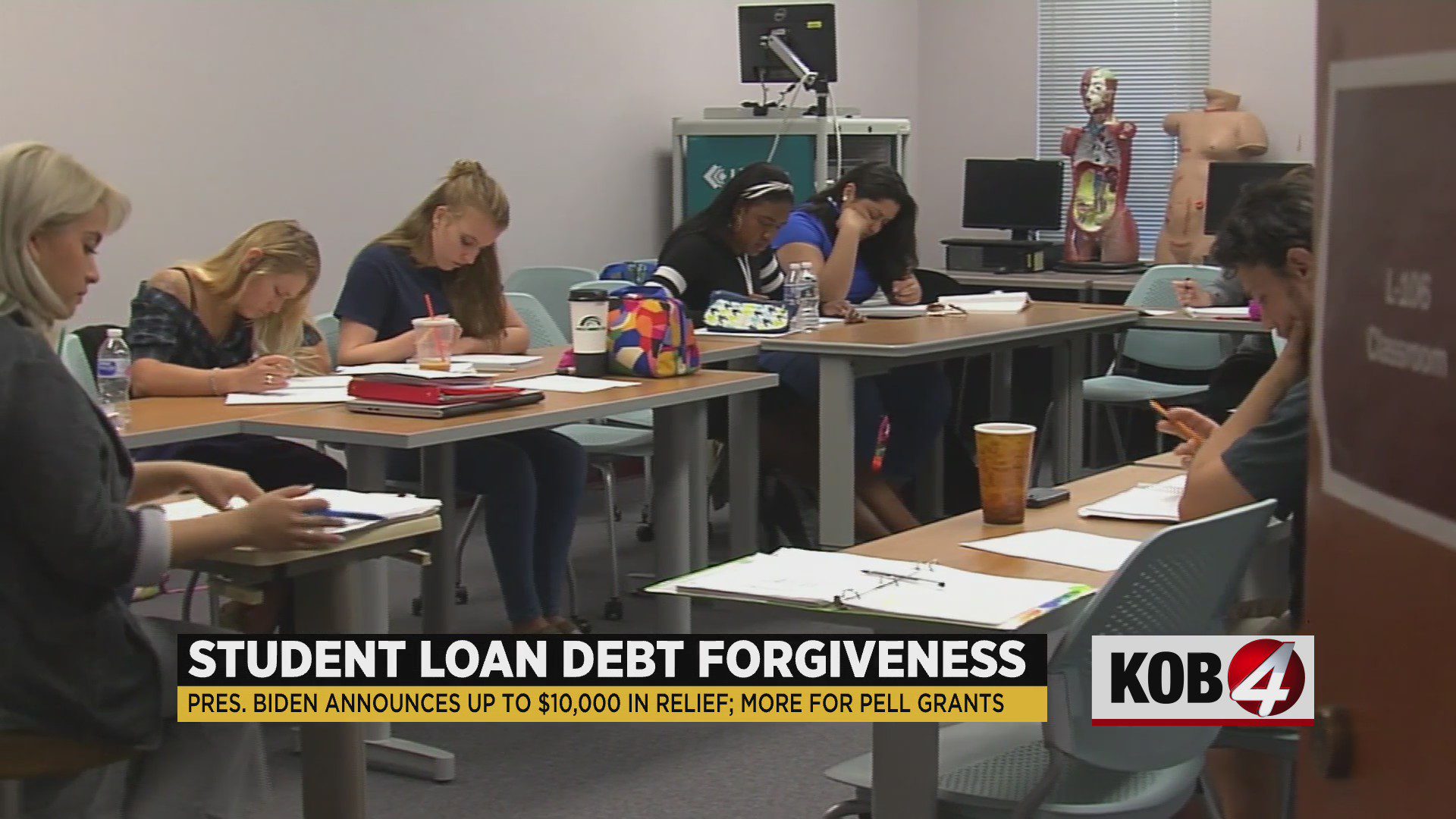 Current students can qualify, but anyone claimed as a dependent will be eligible based on their parents’ income rather than their own.

Those who got Pell Grants can have up to $20,000 forgiven. Pell Grants are federal financial aid for those with “exceptional financial need.” Anyone can check their status on the federal student aid website.

HOW CAN PEOPLE APPLY?

Most qualified people will need to fill out an application with the U.S. Department of Education, which said the forms will be available in the coming weeks. President Biden said no later than the end of the year.

The Education Department said some people, nearly 8 million, may get this forgiveness automatically because it already knows how much they make.

People can sign up on the Education Department’s website to get a notification when those forms are ready.