ALBUQUERQUE, N.M. – From burglaries to bomb threats, and now murder. Albuquerque police say one suspect has hit the criminal “bingo” for dozens of charges over the past few years.

KOB 4 reported on Reyanon Duncan multiple times in the past, mostly for breaking into lockers at gyms and scheming to get out of jail. But this is the first time her name came up in a murder case, and it was a gruesome homicide that happened nearly two years ago.

Albuquerque police say a man was tied up and executed inside his own home.

Duncan is not the only suspect listed in a lengthy criminal complaint, but she is currently the only one facing charges for the killing of Antonio Jaramillo.

While these documents don’t say she pulled the trigger, they do outline her alleged role in the killing and the crucial information she offered police. 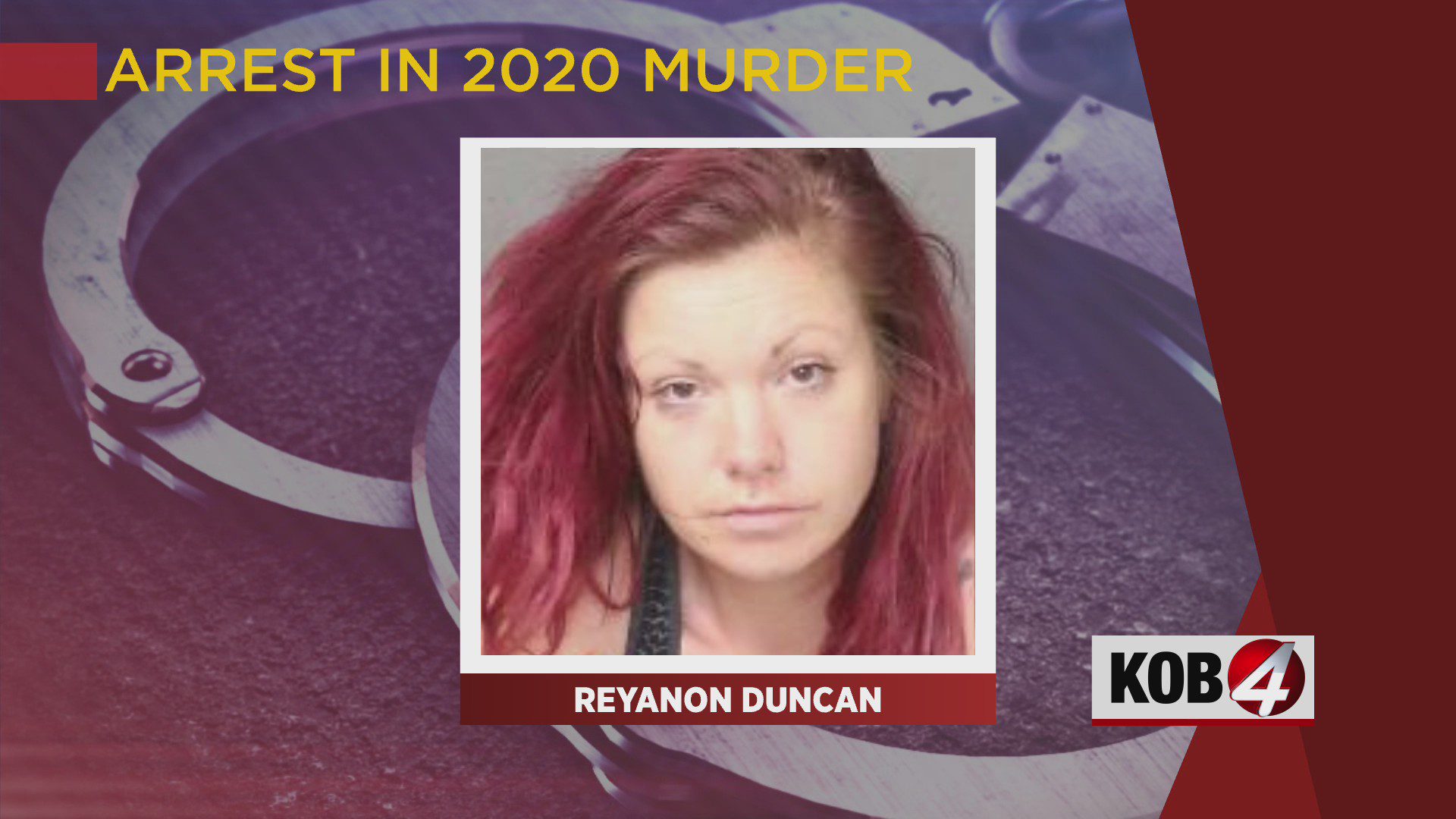 Duncan was in court Thursday, just one day after she was arrested for the 2020 killing of Jaramillo.

According to a criminal complaint, Jaramillo and Duncan were alone inside the home when two other men broke in.

Police say those men ambushed Jaramillo, tied him up with electric wire, then shot him in the back of the head. Documents suggest all of that was planned with Duncan’s help.

According to the timeline laid out by detectives, Duncan wanted to get back at Jaramillo after she says her mom bailed him out of jail in 2019, and he never paid them back.

Fast-forward a year later, Duncan says she and Jaramillo reconvened on Facebook just days before his murder. That’s when another man — who goes by CQ — reportedly told her Jaramillo owed him money.

According to the criminal complaint, Jaramillo was arrested in Mexico trying to smuggle $30,000 worth of narcotics across the border. His family raised $25,000 to get him out of a Juarez prison in November 2020– a month before his death. But a woman who knew Jaramillo reportedly told detectives she knew he still owed money to a cartel.

On the day of the shooting, detectives learned Duncan, CQ, and the two men who broke into the home, met outside a cell phone store on Menaul.

Documents say Duncan lead them to the home after the killing and the two men and Duncan reportedly left with several duffle bags of money, drugs, and other items.

Documents say they met up with CQ at a Taco Bell to divide it all up, and Duncan only got a little bit of meth.

It’s clear from the criminal complaint that police knew a lot of those details months ago, but just like other recent cases, police waited to obtain cell phone location data for many of the people involved in this case before making an arrest.

It is not clear if police are actively searching for the other suspects in this case.