ALBUQUERQUE, N.M. — People from all over the world visit ‘I Scream Ice Cream’ in northeast Albuquerque.

“I had a group in from Malaysia, I had people in from Russia a couple of days ago, and a lot of people from out of state, out of the country,” said Bill Warren, the owner of I Scream Ice Cream. “We’re the number one hit on Yelp.”

Warren is used to dishing up scoops and laughs, but he’s not used to customers serving him some sweetness.

“It was a few days ago, and we’re real, real busy, and a gentleman came in and bought a bunch of ice cream,” Warren said. “He gave me two $20 bills.”

Warren gave the man his change, and he left. 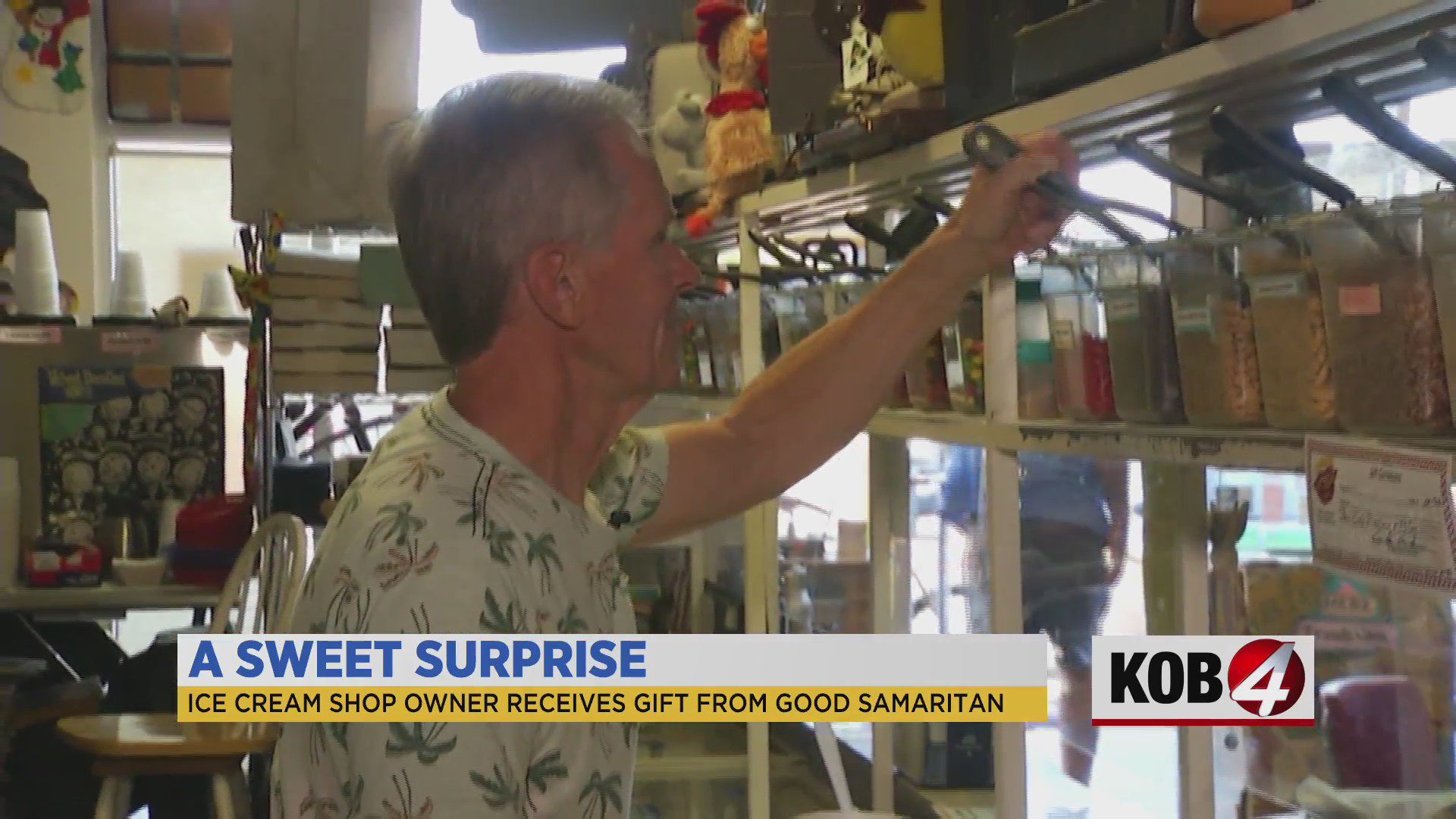 Then, on Thursday, Warren found an envelope attached to the front of his shop door, with three $5 bills inside.

“Good day for all!” Warren said. “I got 15 bucks – better than winning the lottery. It restored my faith in humanity. People in New Mexico are outstanding – I want to thank the gentleman that did that. It just made me feel good all day.”

Warren wants the kind stranger to know just how much that gesture meant to him, especially after a couple of difficult years of break-ins, supply chain shortages and pandemic restrictions.