ALBUQUERQUE, N.M. — It has been nearly two months since moisture fell in the Albuquerque metro and in some parts of the state where that could change Monday.

Storm chances are possible, such as around Clayton, Carlsbad, Clovis and Hobbs, while some snow could fall in higher-elevation areas, such as Red River.

Scattered showers could pop up around the state, such as in Gallup, but Monday will be a cloudier day with some cooler temperatures for many parts of the state.

Later this week, temperatures are expected to be hot, so enjoy the cooler weather while it lasts.

Click the video above to view Brett’s full forecast. 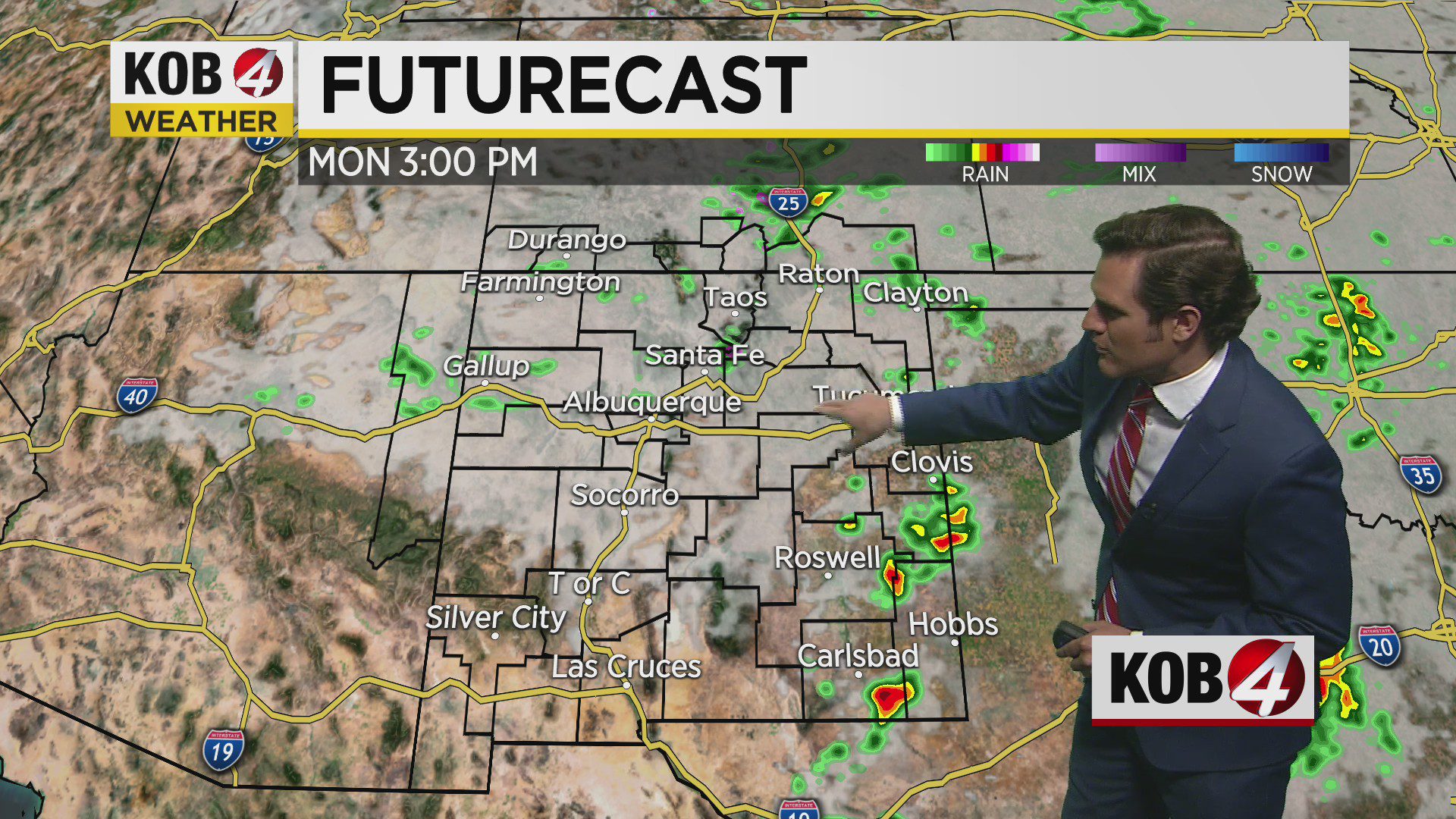