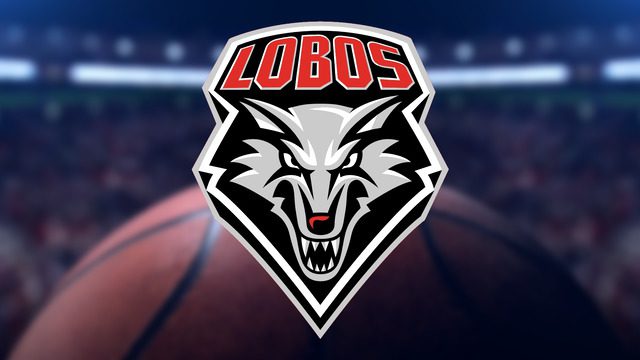 LAS VEGAS, Nev. — The University of New Mexico men’s basketball team rallied to defend their undefeated status with a 67-64 win earned in a close battle against San Francisco.

The Lobos met up with the Dons at Mandalay Bay’s Michelob Ultra Arena to make up a game in their schedule after the December 3 game against New Mexico State was canceled.

They played a scrappy game but trailed for most of it until crunch time came around in the second half.

Jamal Mashburn Jr. helped surge the Lobos’ win, but the timing of his scoring was most important.

With just 1:45 left, Mashburn’s signature jumper shot allowed the Lobos to take the lead for the first time in the second half, but only by one point at 65-64.

Then in the last minute of the game, Mashburn’s layup secured a 67-64 lead for the Lobos, while the Dons missed a few three-point looks and free throws and allowed the Lobos to pass one of its toughest tests this year.

Mashburn earned 23 points for the Lobos, with Jaelen House close behind at 17 points, six rebounds, and four assists. Morris Udeze trailed the top two and nearly had a double-double, with nine points and nine rebounds against the Dons.

The Lobos are in a special class of their own, as one of only seven teams in the U.S. that remains undefeated. Mountain West rivals UNLV (10-0) and Utah State (8-0) are also among that class of seven.

The Lobos take on Iona next, Sunday, Dec. 18, at the Pit. Tipoff is at 4:30 p.m. for the family battle between UNM Coach Richard Pitino and his dad, Rick Pitino, who is the head coach of Iona.

The Iona match-up is one of the Lobos’ last two non-conference games this year, as they’ll face Prairie View on Dec. 20, before conference play opens Dec. 28 against Colorado State.