ALBUQUERQUE, N.M. — Many of us have been hoping and praying for rain to help crews get a handle on the multiple wildfires still burning and growing across our state – but if we’ve learned anything from past fires, they don’t mix well with monsoons.

Too much rain can mean a lot of damage to areas already reeling from these fires, as burn scars can cause damaging floods with dark water containing debris, trees and ash that threaten these areas and their water systems.

“I would submit that, for everybody listening to this, the consequence of that is greater than the consequence of the problems that I said we’re worried about today,” said Jayson Coil, the Southwest Incident Management Team 1’s Operations Section Chief. “I’m asking you guys to really be looking at the flooding and debris flow, making sure you have a radio and you can hear the NOAA channels. You’ve got a plan in place. Your family all knows a rallying point for if you guys get separated and you don’t have cell phone service.”

Becky Mullane, who used to run Dixon’s Apple Orchard here in New Mexico, says she learned the hard way in 2011 when the orchard was almost completely destroyed in post-wildfire floods – even though they did prepare.

“The flood was much larger than what we anticipated and we did lose a lot of very valuable things to our business,” Mullane said. “It was all of our equipment for washing and cleaning our apples, cider making – and all of the equipment that we use in the orchard.” 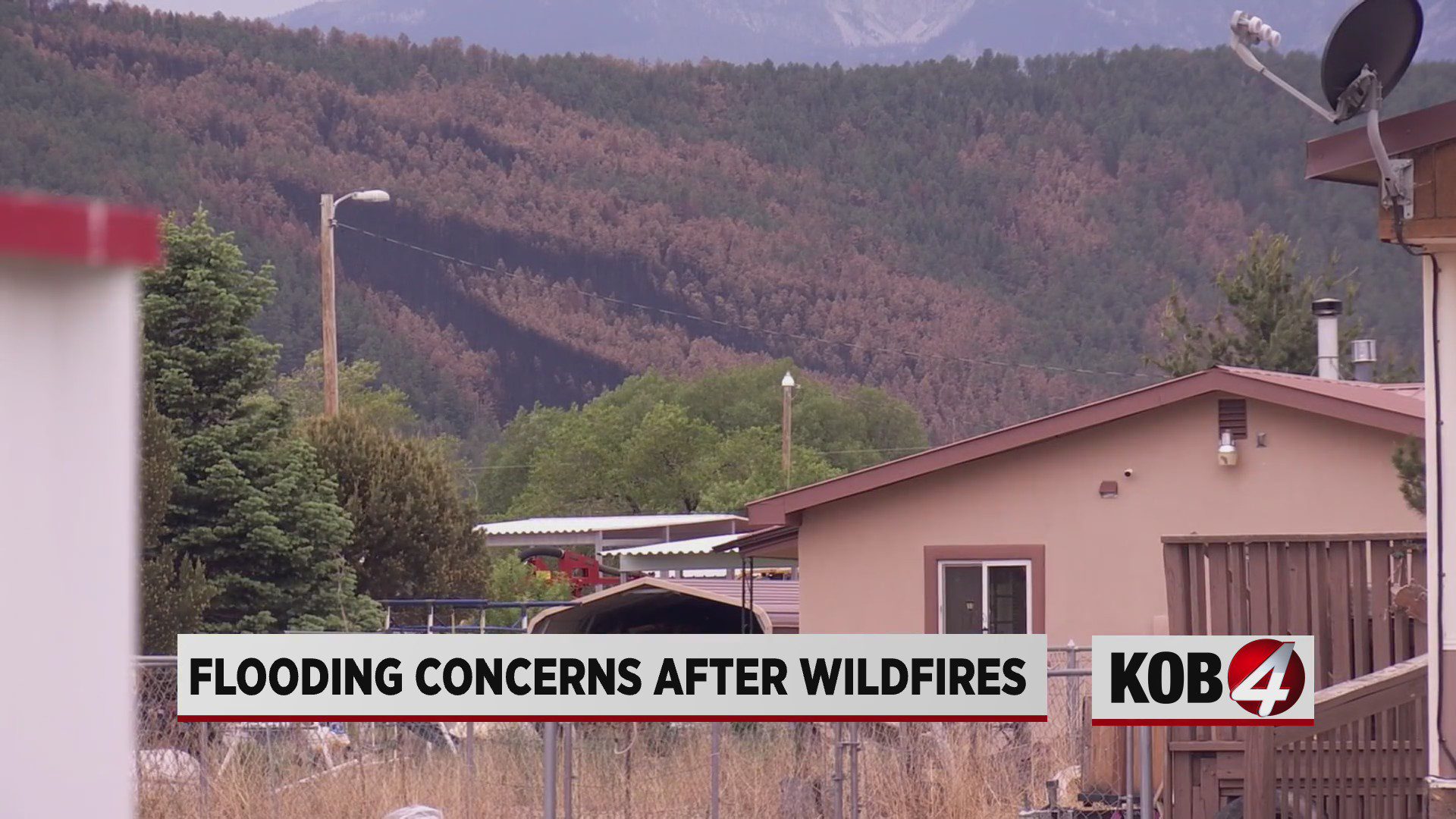 The flooding was so bad that, after nearly 70 years, she had to move her business out of New Mexico and start over in Wisconsin.

“It was completely devastated after those huge floods, so we couldn’t rebuild there,” Mullane said.

Since then, it’s taken close to a decade for the orchard to recover.

“This is our eighth season, so just now we’re getting good crops again off of our apples,” she added.

Now, Mullane has advice to other home and business owners in high flood risk areas.

“Take every precaution – and, secondly, know there’s a reason and there’s another opportunity around the corner for you,” she stated.

Mora County could get rain Friday into Saturday. According to officials, they are opening up bar ditches in the area and improving roads to protect homes down in the valley that could get hit the hardest by debris flows.