ALBUQUERQUE, N.M. – The Historic Fairview Cemetery was established in 1881 and has since been filled with notable business people, politicians, religious leaders, and veterans with New Mexico connections.

“It is an important cemetery, but over the years it’s kind of gone into disrepair,” said Helen Beatty, Pay It 4ward nominator.

Beatty first visited the cemetery about five years ago.

“There were weeds about as high as the headstones, tons of tumbleweeds, just a carpet of goat heads,” said Beatty.

She says the irrigation system broke, trees and bushes died, and vandals took over. But then Gail Rubin came along and things changed. 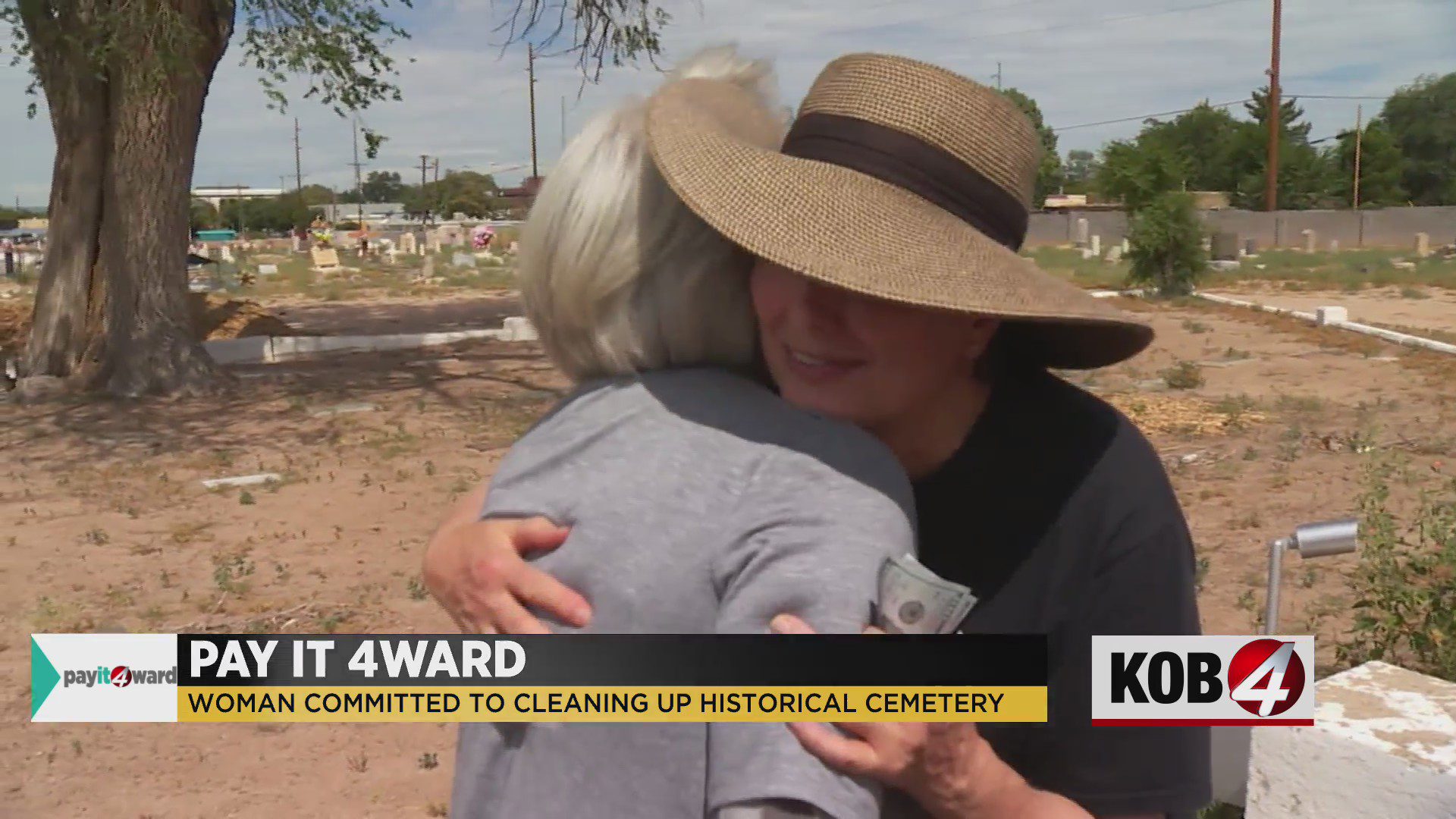 “She has made the difference in this cemetery,” Beatty said.

Rubin took over the non-profit that manages the cemetery in 2020. She started Saturday morning clean-ups, organized mulch donations from local companies, and established a self-guided tour.

“She’s just turned it into something that Albuquerque and New Mexico can be proud of,” said Beatty.

After a drive into the historic site, it was time to Pay It 4ward with $400.

“We’re battling the tumbleweeds and trying to mulch it and beautify it,” said Rubin. “We need to honor them and their contribution to the development of not just Albuquerque, but the state of New Mexico and the United States. It costs $100 per headstone to reset headstones and we have a number of fallen headstones. But I might put this toward more garden tools.”

The cemetery on Yale near Avenida Cesar Chavez hosts clean-ups every first Saturday of the month and they are always open to the public.