Albuquerque Fire Rescue crews were called to the area around 9:15 a.m. Wednesday. Officers arrived around 10 a.m. and detained Castorena-Noble after they reportedly found her setting fires in the area.

Witness Carlos Hernandez said, “When I was coming, I saw the smoke so I approached the area and as I approached, I saw several people trying to fight a fire right here in the brush. They were working in the field over here – the baseball field – and they rushed out here and it would’ve been a lot worse if it wasn’t for them.”

Several AFR units worked through the afternoon and received support from Bernalillo County helicopters conducting water drops. Mayor Tim Keller was also at the scene to assess the situation. 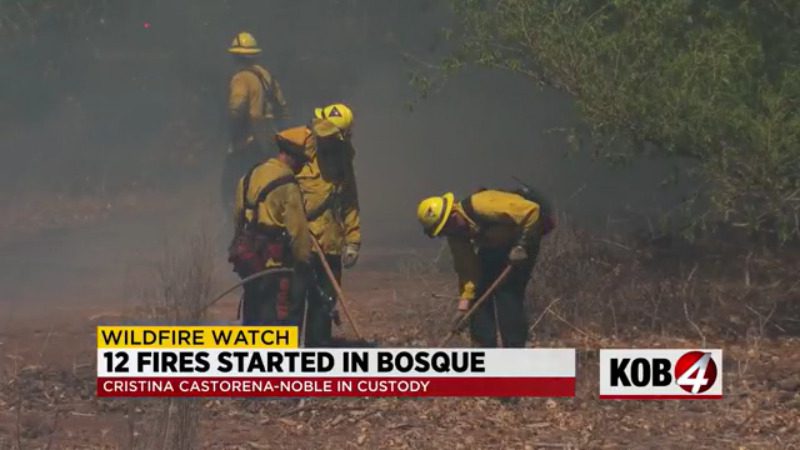 Online records show Castorena-Noble has been booked into the Metropolitan Detention Center. She is facing charges of arson and battery on a peace officer.