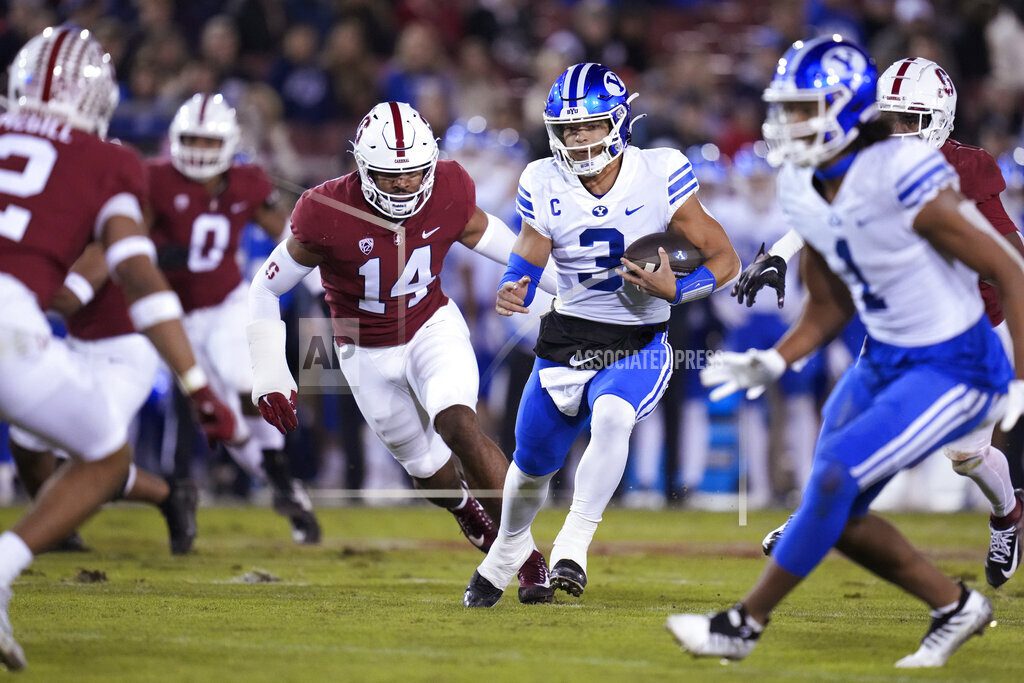 BYU quarterback Jaren Hall (3) runs for a 19-yard touchdown against Stanford during the first half of an NCAA college football game in Stanford, Calif., Saturday, Nov. 26, 2022. (AP Photo/Godofredo A. Vásquez)

BYU and SMU will meet in the New Mexico Bowl on Dec. 17. It will be the first meeting between the programs since the 1997 season. The Cougars are a football independent who stopped a four-game midseason losing streak by winning their last three games to become bowl eligible. The Mustangs from the American Athletic Conference have had bowl games the past two seasons wiped out due to COVID-19 issues. BYU is 7-5 under coach Kalani Sitake. SMU is also 7-5 under Rhett Lashlee. The game marks BYU’s 40th appearance in a bowl.

BYU: QB Jaren Hall. Has thrown for 3,171 yards and 31 touchdowns with six interceptions. Also has run for three scores.

SMU: WR Rashee Rice. Has 96 catches for 1,355 yards and 10 touchdowns. His 112.9 yards receiving per game leads the Bowl Subdivision ranks.

BYU: The Cougars closed the regular season with three straight wins to become bowl eligible after a four-game losing streak through October.