Moar comes to United via a transfer with Phoenix Rising FC. In return, United sends an international slot to Phoenix.

“Santi draws your attention wherever he is on the field due to his ability to consistently beat opponents off the dribble and complete dangerous passes,” said United Head Coach and Technical Director Zach Prince. “These qualities – coupled with his ability to score goals – make him an exciting addition to our attacking group. I’m happy to bring Santi back to New Mexico where he belongs.” 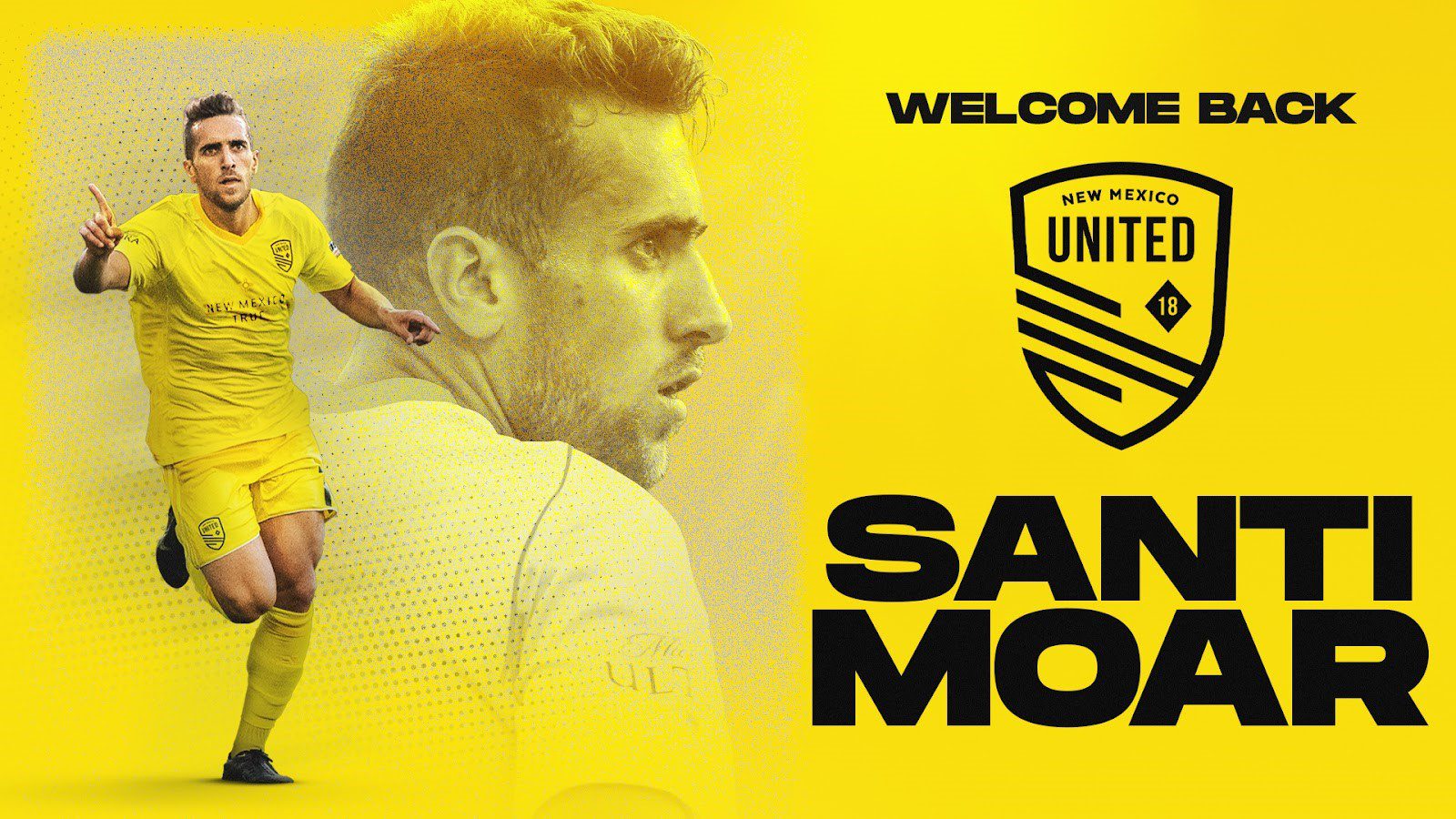