Advocates will gather to remember Victoria Martens, 6 years after murder

ALBUQUERQUE, N.M. – August 23 marks six years since Victoria Martens’ horrific death – it also marks what would have been her 16th birthday.

10-year-old Victoria Martens was strangled to death and then burned and mutilated inside an Albuquerque apartment.

A group of perfect strangers who came together with the goal of better protecting children, will come together Tuesday to keep Victoria’s memory alive.

Archuleta never knew her but she felt compelled to do something for Victoria. 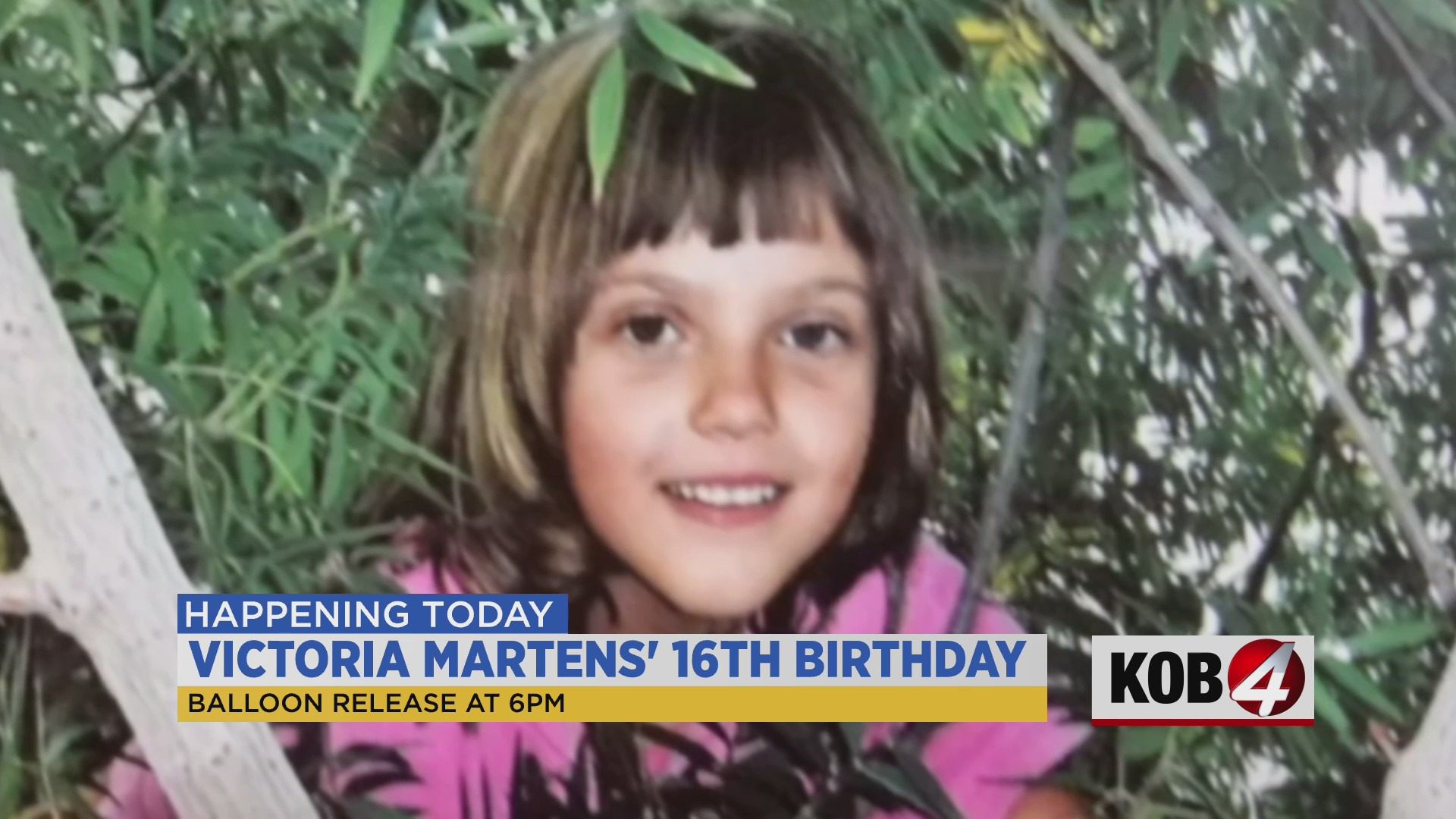 “The unspoken voices of these children are never going to be heard. So we have to speak for them, I’m sorry I’m getting emotional,” said Archuleta.

“Children are being abused everyday, everyday. You know, by the people that should be taking care of them,” said Archuleta.

The desire to better protect children in a state that has a history of falling short is shared by many.

Perez is another guy who has carried Victoria’s name close to his heart.

“Her life mattered just like anyone else especially a kid she don’t have a voice we have to be the voice of people to say enough is enough. That’s why I’ve got her face up there, enough is enough, we’re tired of child abuse,” said Perez.

Two years ago, Perez marched down Central – ending at the county courthouse – demanding justice for Victoria.

As of today, the three known people responsible for Victoria’s death have been convicted but nobody was ever charged with murder.

“No, they failed Victoria. It’s never going to be all the way justice, but they failed her since day one,” said Perez.

Now, these perfect strangers are united with a similar goal.

“These kids are the future of this city and we have to make it better for them,” Perez said.

“When things are done to children of this nature, there needs to be stricter laws,” said Archuleta.

There is a tree growing in Victoria’s memory in Mariposa Basin Park. There will be a celebration of her life there Tuesday on what would have been her sweet 16.

“This community needs to speak out, you know?” said Archuleta.

There is a balloon release that Perez is organizing at the district courthouse Tuesday at 6 p.m.

Archuleta is planning a birthday party for Victoria at Mariposa Basin Park, Tuesday at 6:30 p.m. All are welcome.