ALBUQUERQUE, N.M. – The Albuquerque BioPark Zoo has a new alligator after he was taken from a New Mexico home as part of a criminal investigation.

The little gator is about three feet long and zoo officials estimate it is about three to four years old. However, they say age can be difficult to tell.

Zoo officials said it is illegal to own dangerous animals in New Mexico. This particular gator came to them from the New Mexico Game and Fish after they confiscated the alligator from a home.

The zoo manager says it is now in quarantine at the zoo.

“Well, we work together with Game and Fish to find a home for the animal. Typically, we do have to hold whatever more that they confiscate for at least 30 days,” said Lynn Tupa, zoo manager. “You know it, where there’s a will, there’s a way, people are gonna get a hold of the animals.” 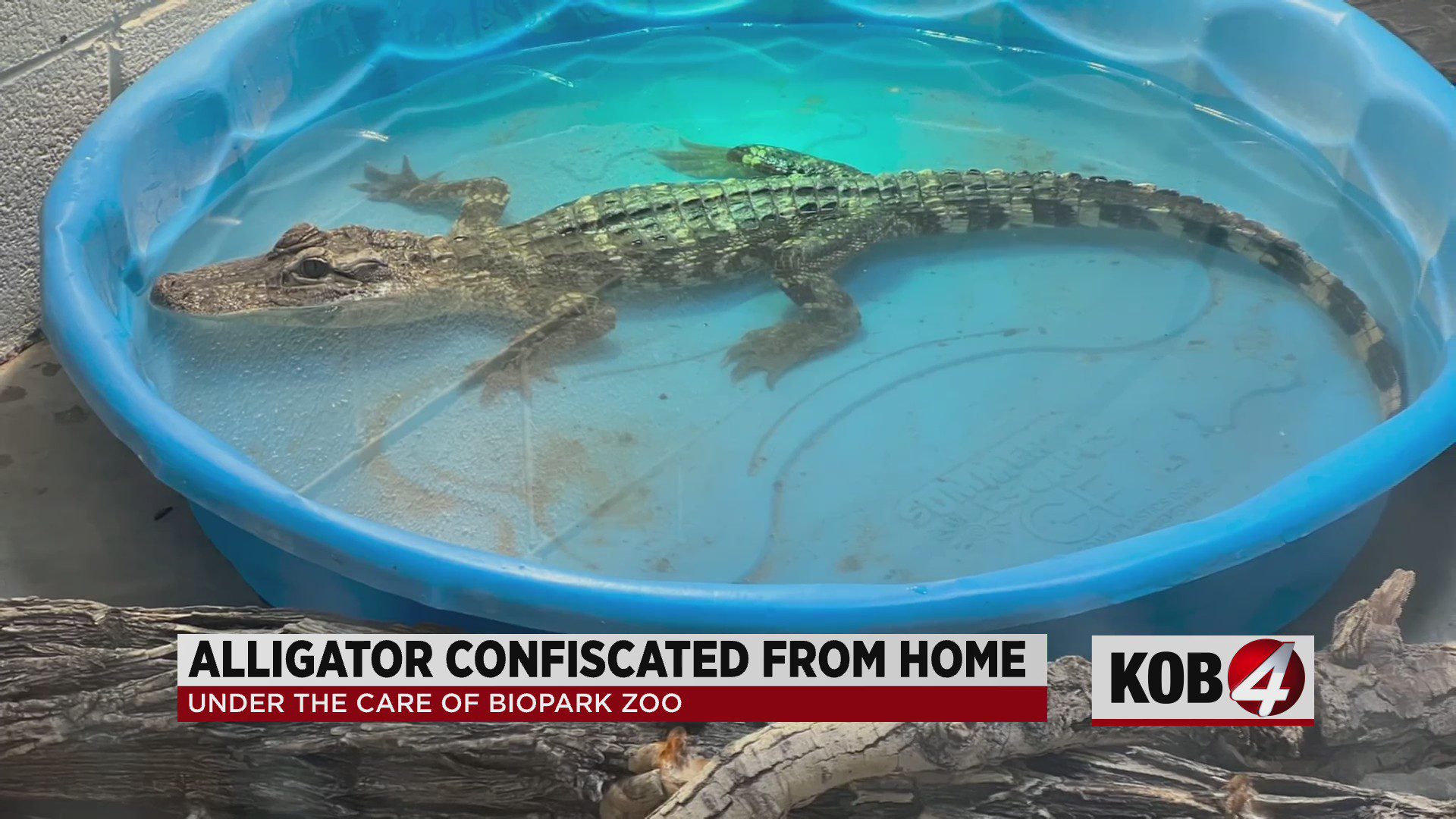 KOB 4 reached out to New Mexico Game and Fish about where the gator came from, and if there are any criminal charges pending. They just said it was part of an “ongoing investigation.”