ALBUQUERQUE, N.M. – Memorial Day is Monday, a day to remember all the brave men and women who died while serving in the armed forces. Some of the events to honor those veterans were held Sunday.

At the San Ysidro Cemetery in Corrales Sunday morning, a Rio Rancho scouts troop helped honor veterans for Memorial Day by placing flags on their graves.

“And we’re cleaning up their gravestones, and we’re putting the American flag on them just to respect them,” said Hannah Opel.

It has special meaning for Terry Brown, commander of the Veterans of Foreign Wars Post in Corrales. He served in the Vietnam War.

“And it means an incredible amount to have had friends and relatives die in Vietnam, served in Vietnam. And I think it’s important for all of us to remember the fallen who have fallen in war. We’ve had over 200,000 men and women who have died in wars since World War I. And we are honoring them as well,” said Terry Brown with Veterans of Foreign Wars Post 5432. 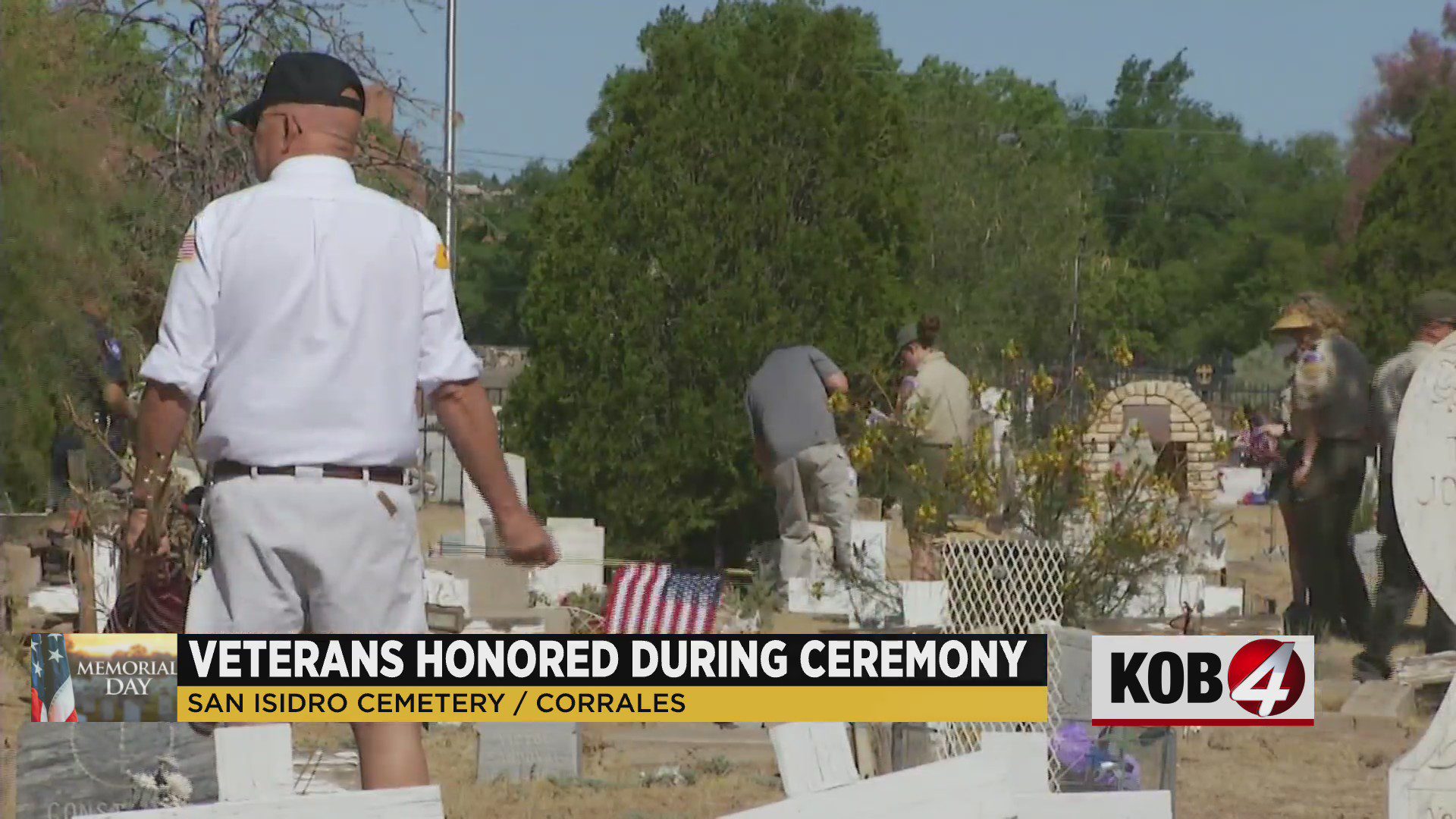 It’s a Memorial Day tradition, and Brown has been a part of it long before he joined the military.

“I did this when I was a young boy as a boy scout when I was a youngster in Montana. It kind of comes full circle that I’m doing this again as an adult, but I’m doing it at another level because I’m now a member of the Veterans of Foreign Wars and more directly related to the people who have died in wars or died along the way,” said Brown.

Meanwhile, on Sunday morning – they held a wreath placing ceremony at the Veteran’s Wall Memorial in Tijeras.

Village mayor, Jake Brurton, says while Memorial Day is about remembering the soldiers lost in war – we should always be thankful for the veterans still with us.

“Don’t wait for them to be memorialized, honor our veterans now, talk to your veterans, take care of your veterans, give them a hug, shake their hand, get to know them, they are fantastic people, and they paid a huge price serving our country,” said Bruton.

In Tijeras, KOB 4 met David Wilson, a Vietnam War veteran who helped organize the ceremony to honor his fellow soldiers who didn’t make it home.

“For me, this memorial here is sacred ground, and I get the same feeling going to church as I do here. And I pray for all these heroes in my opinion on the wall and all the ones that didn’t get any recognition, and so it’s my personal job to be here and support the families and survivors of the war,” said Wilson.