ALBUQUERQUE, N.M – Nolan Stolz has spent a lot of time on Route 66.

The South Carolina music professor and composer has driven the entire route between Chicago and Los Angeles four times. He’s taking in the sights and sounds for an ambitious project.

“It’s an eight movement, orchestral suite,” he said. “With each of the eight movements depicting different aspects of the route that I find interesting.”

Those aspects include the history of the route, historic theaters, and more. He hasn’t written anything just yet though. 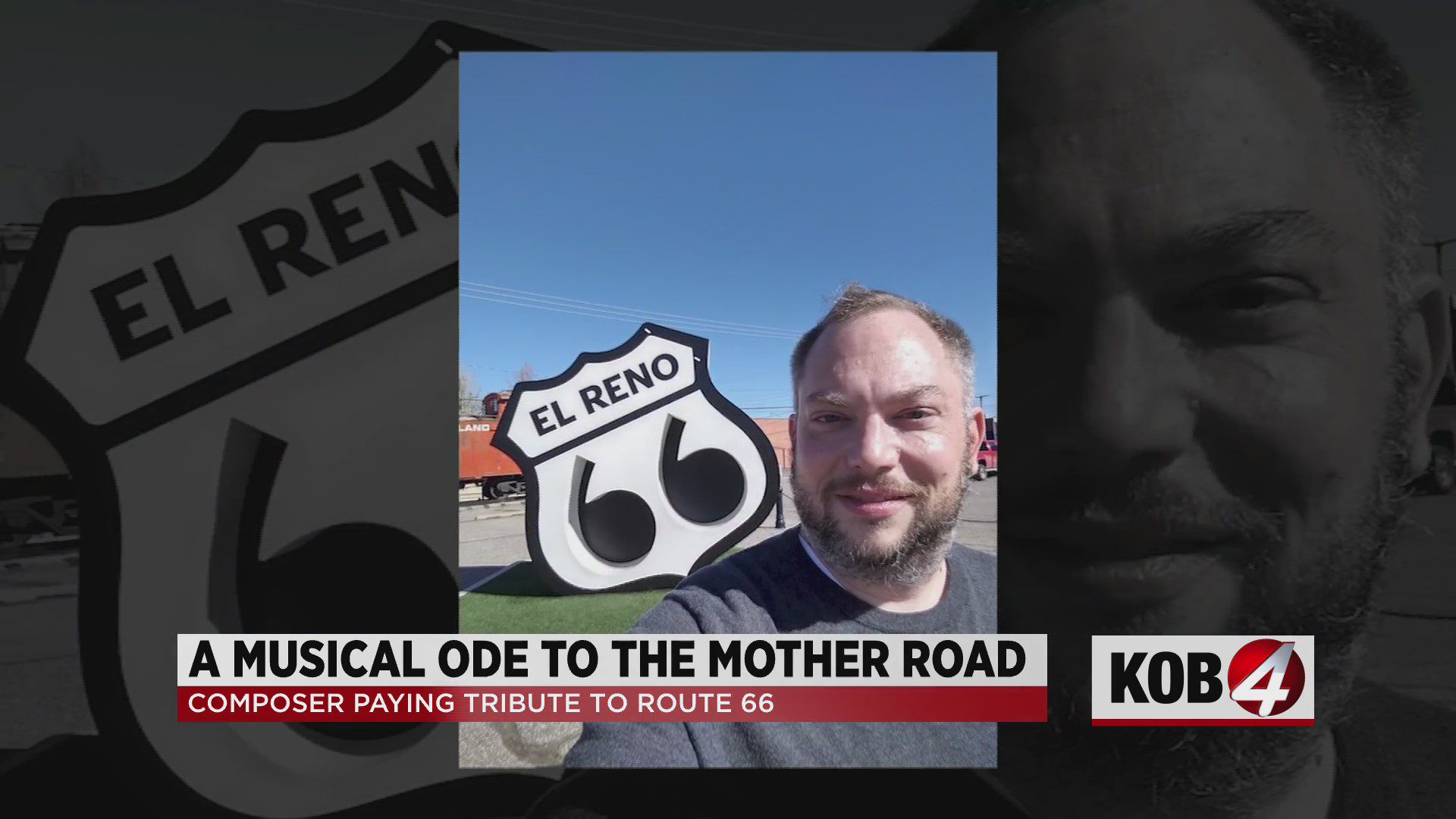 “I call it the precomposition phase, I’m just getting ideas,” Stolz said.

He says some of those ideas are based on experiences he had while visiting communities along Route 66 in New Mexico.

“The animated sign at the dog house, right?” he said after visiting the Albuquerque restaurant. “You’ve got the there’s a wagging tail, and it’s in a certain pattern, it’s low, high, medium, high. And so it has a certain pattern about, and then you have the sausages that go into his mouth. It’s a certain rhythm.”

Stolz says he also plans to incorporate sounds he heard while driving, including train horns in New Mexico.

Stolz says some of the most impactful experiences were offered up by people who heard about the project.

“Each time someone hears about the project and said, ‘Oh, I’ll let you onto my property? Or I’ll let you into my old theater and have it take a look at this,” he said.

That theater he’s talking about was in Tucumcari, New Mexico. The owners of the historic Odeon Theater gave him a behind-the-scenes look while it’s under renovations.

Stolz says a man in Oklahoma also heard about the project, and offered him a chance to drive on one of the original sections of Route 66 on his property. Stolz says all of those experiences re-shaped his perspective on the legendary road.

“This trip, has changed my life as a person,” he said “I realized that 66 is not just a road, but it’s about the people.”

Stolz says he plans on composing the suite next summer. The goal is to finish the piece by 2024, so it can be premiered in 2026 on the 100th anniversary of Route 66.

Stolz says he doesn’t have a specific orchestra in mind, but does have one wish.

“I would hope that at least one orchestra in each of the eight states along a 66 city if possible. New Mexico Philharmonic? Or maybe UNM symphony orchestra, I mean that would be just amazing.”