SANTA FE, N.M. – The Santa Fe Opera and the New Mexico Philharmonic are taking a break from the concert stage, and heading out into the community.

“If you don’t present them to the communities, they do not know, the music is there for them”, said Marian Tanau, executive director of the NM Philharmonic.

Both groups are planning special performances in Albuquerque and Santa Fe in the coming weeks.

The Santa Fe Opera is taking over the big screen at Civic Plaza in Downtown Albuquerque. It’s hosting a free screening of this year’s production of Rossini’s “The Barber of Seville.” The screening starts at 6:00 p.m. but there will be food trucks and other live performances starting at 5:00 p.m. 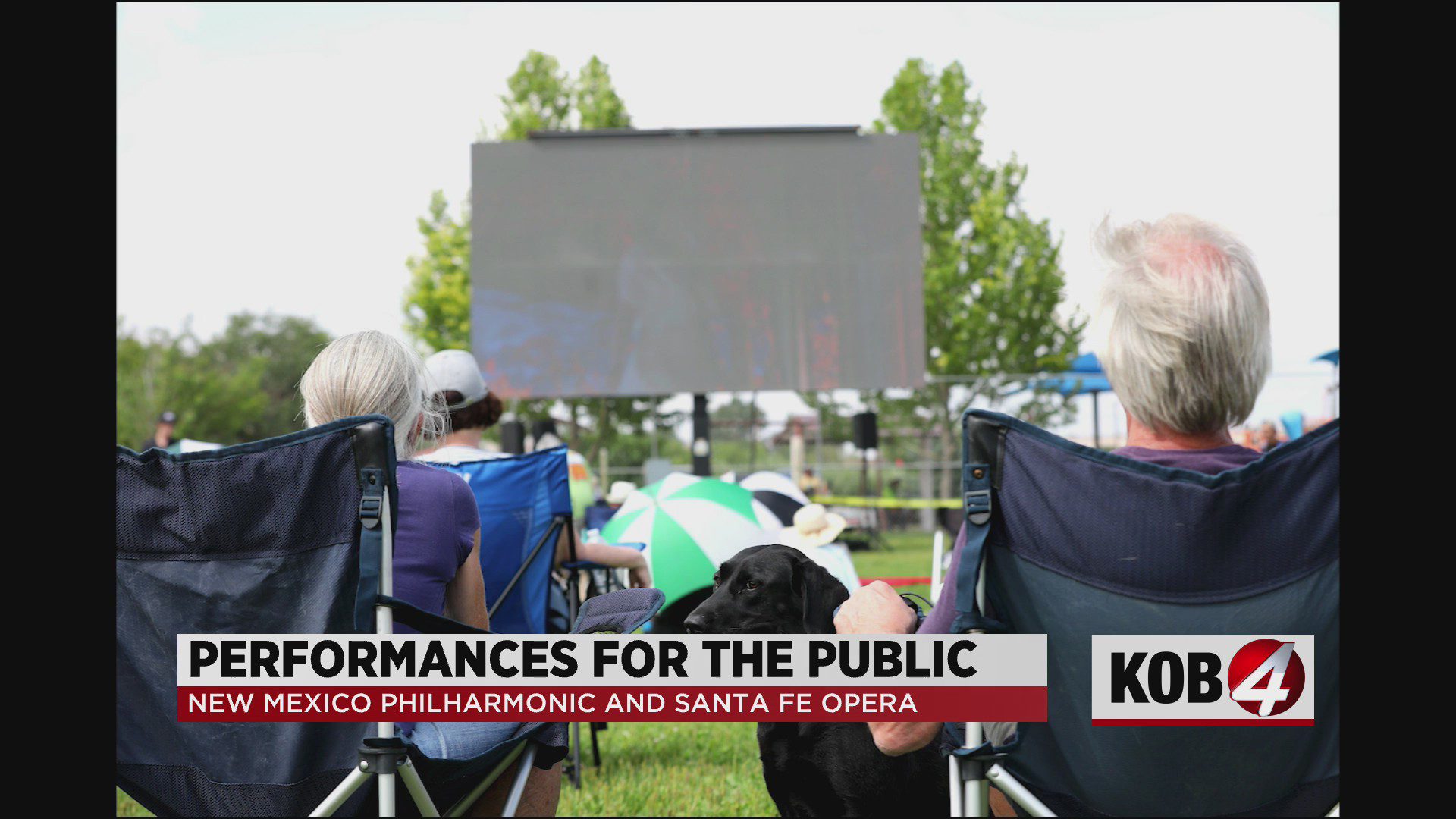 The opera is also planning a free screening of Bizet’s “Carmen” at Swan Park in Santa Fe on Sept. 17. There will be a screening of “The Barber of Seville” at the same park the next day. Both start at 6:00 p.m.

Doyle Moore says the free screenings were started in 2021 to offer folks a safe place to enjoy the show during the pandemic, but now they’re offering something more impactful.

“They’re intended to plant the seed,” she said. “And maybe some young children who come with their parents really enjoy the experience and remember it and over time, continue to engage with the opera in a way that feels right.”

The New Mexico Philharmonic is hoping for a similar outcome during its upcoming concert at the Albuquerque Botanic Gardens.

“Usually when we go outdoors, we reach out to new audiences that love to kind of have a very casual type of concert where they can bring a blanket sit down, have the kids run around and back, have some picnic, and just have a lovely, memorable evening,” said Tanau.

This will be the first time the orchestra has performed at the Botanic Gardens.

Tanau says the orchestra is preparing some fan-favorite pieces, including works by John Williams, Tchaikovsky, and other beloved composers.

He’s hoping some concertgoers will follow the orchestra back into the concert hall.

“It’s a unique thing to our humanity,” he said .”And we have to put in front of people so they know that we’re there and that we provide all this, so they can come and enjoy the benefits.”

The upcoming concert is scheduled to begin at 7:00 p.m. Kids six and under can get in free, but adults will have to pay for a ticket.