ALBUQUERQUE, N.M. — A winter storm blew through western New Mexico, leaving Gallup and the surrounding areas under a blanket of snow. Many woke up to a winter wonderland in Albuquerque, too.

State transportation officials said they knew the metro would get some snow, but even they were surprised by how much actually fell.

"I thought it would be like a light dusting but these storms have been crazy the last few times," said Kimberly Gallegos, a New Mexico Department of Transportation public information officer. "They’ve come in like ice storms and right at either rush hour or quitting time."

NMDOT sent a few maintenance crews out to patrol before midnight. Before long, they were out in full force, clearing roadways for morning commuters.

"We were doing the best we could to keep those roads clear and free of ice because the temperatures dropped quite significantly early this morning," Gallegos said. 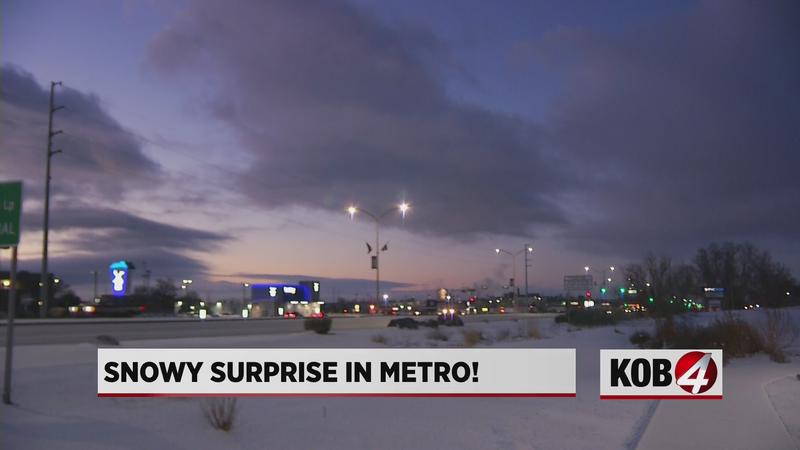 KOB 4 knows of at least one weather-related crash on Coors Thursday. NMDOT said the West Side got hit the hardest and the storm reached as far as Rio Rancho – coating the streets and closing schools for the day.

Officials said to check the NMRoads.com website for the latest weather and road conditions.

"We monitor the cameras on the roads, and we’re also updating that website constantly throughout the evening," Gallegos said.