ALBUQUERQUE, N.M. – It was a violent week in Albuquerque and it all started late last Sunday night with a Hobbs suspect who hit multiple homes and a business on a violent crime spree.

Police are still searching for Raphael Marquez, the man they believe committed those crimes. He’s accused of breaking into three homes, stealing four different vehicles, kidnapping three people, shooting at multiple bystanders, and driving the wrong way on I-40. All of that happened within a four-hour time frame – Sunday night into Monday morning.

And since then, it’s been one report after another from police in the metro and across the state. That includes a street race that police believe caused a rollover bus crash that sent multiple APS students to the hospital.

State police are also investigating multiple officer-involved shootings from this week. One in Hobbs left an officer and suspect injured. One in the East Mountains ended with a Torrance County deputy killing a suspect.

Another one involved Bernalillo County deputies and state police where multiple responders fired their weapons and killed a man after a chase on I-25. Investigators believe he was involved in multiple homicides.

And Sunday night, KOB 4 got an update on another shooting involving police. On Thursday night in Socorro County, deputies chased, shot at and later arrested a suspect, Rodolfo Carmona.

According to state police, deputies chased Carmona north on I-25 and at some point one deputy shot at him before they were able to arrest him and two female passengers. Thankfully, no one was shot in this incident and the deputies are OK.

APD is handling another investigation this weekend, a shootout that happened Saturday night. Police say multiple people were shot during a shootout in southwest Albuquerque’s Westgate Community Park. Officials said someone shot four people total, one died on the scene and another victim is still in critical condition.

Police are asking for neighbors’ help to try to figure out exactly what happened.

"I just wish it would all stop. Every day there is someone getting shot and kids are carrying guns and whatnot to schools it’s ridiculous, it’s crazy,” said Dorothy Blea, Albuquerque resident. 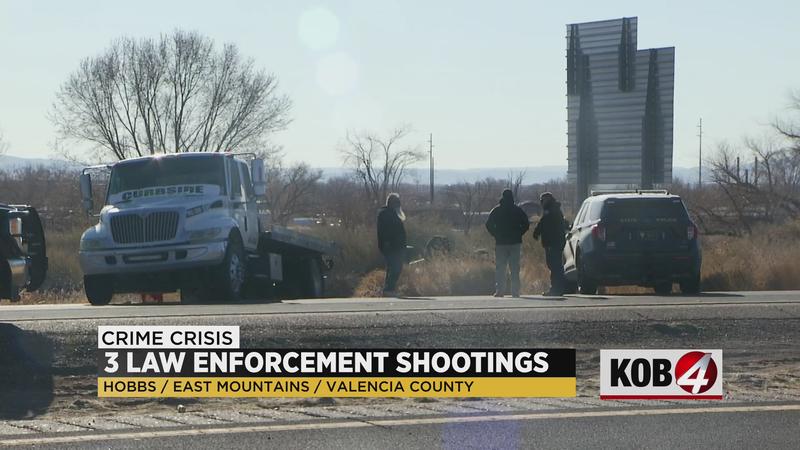