ALBUQUERQUE, N.M. – Albuquerque voters made the final decision on a $50 million bond proposal for a professional soccer stadium. They voted no.

THE GROSS RECEIPTS TAX REVENUE BONDS FOR MULTI-USE PUBLIC STADIUM: Shall the City of Albuquerque acquire property for, and to design, develop, erect, construct and otherwise improve a public stadium for multiple uses, including, but not limited to, professional soccer events to be financed by up to $50,000,000 of its gross receipts tax revenue bonds?

New Mexico United had recently announced plans to contribute $30 million to the stadium, with $10 million upfront toward the stadium’s construction.

Community members held rallies and protested the stadium, arguing the money would be better spent on education, health care and affordable housing. Others worried the facility would drive up the cost of living in Barelas or South Broadway, the two primary locations the city was considering for the stadium.

The Albuquerque City Council had voted in August to place the bond question for the new stadium on the ballot.

“In considering a publicly owned, multi-use stadium for affordable fun for Albuquerque families, we felt it was important to let voters choose if they supported bonding, that would not increase taxes. Tonight, we respect the voters’ decision not to do so. We appreciate everyone, on both sides, who took part in the vigorous conversation over the past months and showed up to decide this important issue for our city." 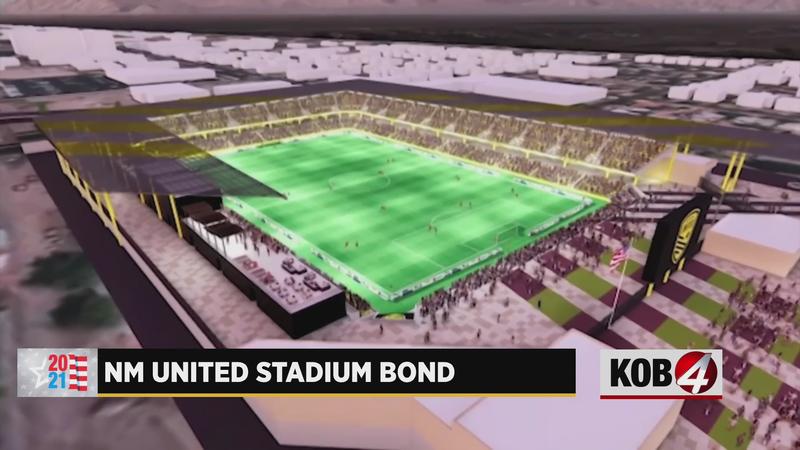 "At its heart, New Mexico United is a community-driven platform, and we will continue with our mission to unite and uplift our community every single day. We acknowledge the will of the voters in rejecting the City of ABQ plan for a city-owned stadium. While United will continue its pursuit of a multi-use facility that will allow us to bring a Professional Women’s soccer team and other community-driven programming to New Mexico, we will not be actively pursuing the proposed sites, including South Broadway and Barelas. United has said from day one that we will only support a location where the local community is behind the project and the stadium can uplift all, not just a few. That work starts immediately."