ALBUQUERQUE, N.M. — Albuquerque police are investigating a homicide at the Motel 6 on Avenida Cesar Chavez.

Police said officers were dispatched to a shooting at the Motel 6 around 5:20 a.m. Monday. According to APD, reports of yelling at the motel came in after a man was shot.

Once officers arrived, the man was taken by ambulance to the hospital where he later succumbed to his injuries. The man was later identified as 21-year-old Jeremy Garcia.

By KOB 4’s count, this is the 99th homicide so far this year – and the third homicide at this motel location this year. 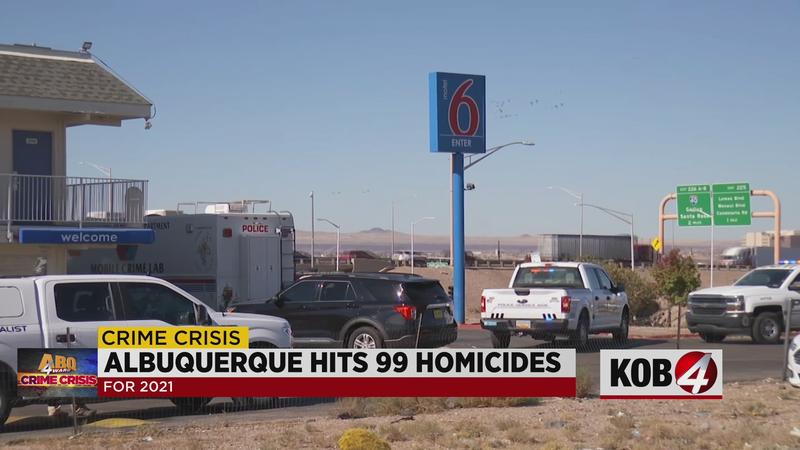 Police are also investigating three shootings from over the weekend.